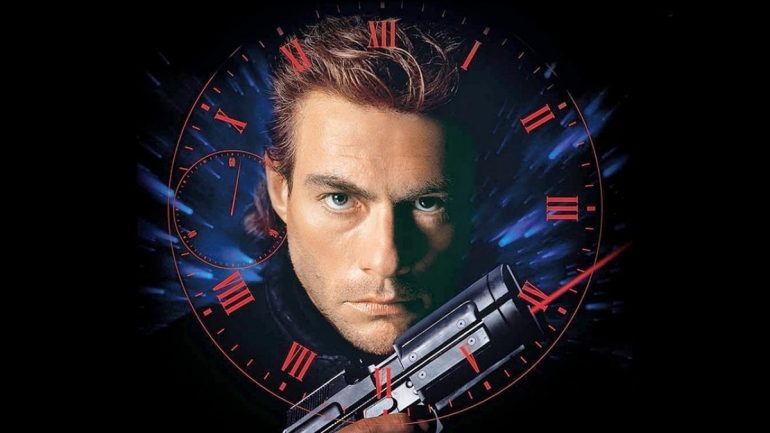 I don’t know about anyone else but when I was growing up my favourite thing in the world was my Super Nintendo Entertainment System. Games like Castlevania IV, Donkey Kong Country and Mario Kart got played on a regular basis. I was always a big fan of Jean-Claude Van Damme as you all know so when I saw there was a game for the SNES of Timecop (which remains one of his best films) I knew I had to have it.

When you think about it most videogames for the SNES/Genesis (or Megadrive as it was known in the UK) were rather similar as they were all side scrolling beat ‘em ups or shooters.
Timecop was a shooter that used that early tech of trying to digitally replicate real human movements so it felt like you actually were Max Walker (JCVD). Only thing is Van Damme was never actually used as a model so it isn’t him they digitally copied.

The coolest thing about the game was that it was an actual sequel to the movie – In the game you had to stop the original inventor of time travel, Dr. Hans Kleindast, and must fix all the wrong things that Kleindast does in the game. There are 15 levels in all; most of them are standard platforming levels. Some levels involve the use of a player-controlled vehicle and use of martial arts.
A time limit is in effect for all 15 levels of the game; resulting in instant death and the loss of a life if the timer reaches 0:00.*

Aside from the cool story to be honest the game is actually pretty terrible and after the novelty wears off that you are a Timecop you realise it’s a bit samey and nowhere near as playable as say Streets of Rage for the Sega.

Check out the playthrough below for a piece of nostalgia.