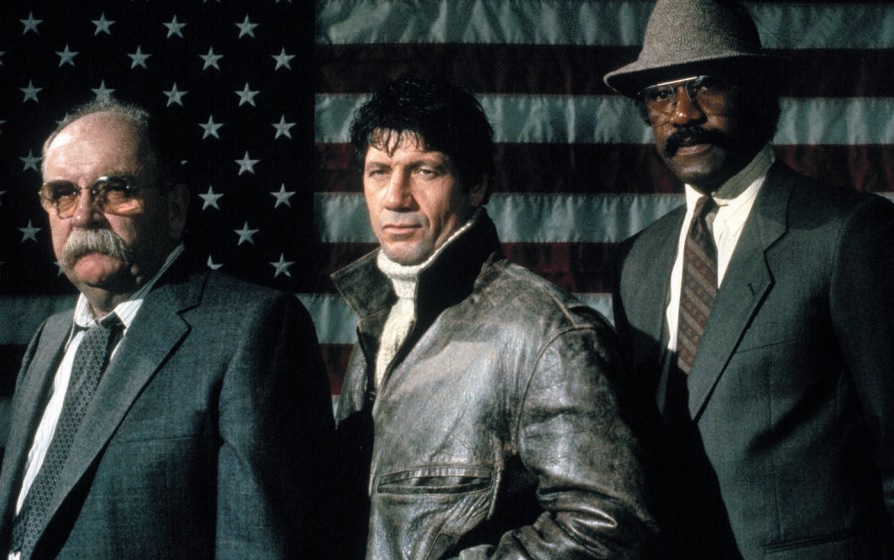 Plot: A New York cop wakes up from a mysterious accident with a new identity. He finds himself in the employ of a secret unit which was set up to investigate a dangerous industrialist whose organization has secured several government armaments contracts, including a top-secret strategic defense system.

I hadn’t watched Remo Williams: The Adventure Begins since I was a teenager many years ago; I grew up in the UK so it went by a different name – Remo: Unarmed and Dangerous which I frankly thought was a better title. It doesn’t matter what you call it, Remo is still hugely entertaining 80’s cheese at its finest.

Fred Ward is the best Frank Castle we never saw and that’s all I could think about at various points in the movie. He was great as Remo but he has the grizzled world weary look which would have made the perfect Punisher. This is not that type of movie however, and is far more lightweight and family friendly so the action is pretty bloodless.

That isn’t a problem though as there are some spectacular stunts in the movie which are incredibly impressive to this day especially a scene on scaffolding around The Statue of Liberty. It has Remo dodging some cartoon style henchmen as they giggle away trying to make him fall to his death… funny gag, guys. Interestingly, the scene was actually filmed on the Statue of Liberty as well as on a full-size replica which is why the scene is so convincing.

There’s plenty of action but also an awesome music score which has touches of the A-Team and is fabulously heroic.

Other actors considered for the role of Remo Williams were Ed Harris and the then unknown Bruce Willis but in the end I think the role went to the right person.

Keep your eyes open for an early role from Star Trek Voyager’s Kate Mulgrew as well as Death Warrant’s Patrick Kilpatrick who is one of the main villains.

In terms of flaws there is a hilariously racist (by today’s standard’s at least) piece of casting which has Joel Grey playing a “Korean” character named Chiun who becomes Remo’s mentor, training him how to fight and survive without using weapons.

If ever there’s a movie that is ripe for a reboot it’s Remo Williams; they could actually cast a Korean actor to play Chiun (crazy, right?) and you could have maybe have Scott Adkins or someone trained in martial arts to play Remo Williams so we can have some cool fight scenes thrown in. Shane Black was attached to a remake back in 2014 but it’s been all quiet on that front ever since and it’s not on his IMDB page; now that he is directing The Predator it’s doubtful we will see it any time soon.

Remo Williams: The Adventure Begins is very 80’s but it is still a lot of fun despite the obvious flaws.