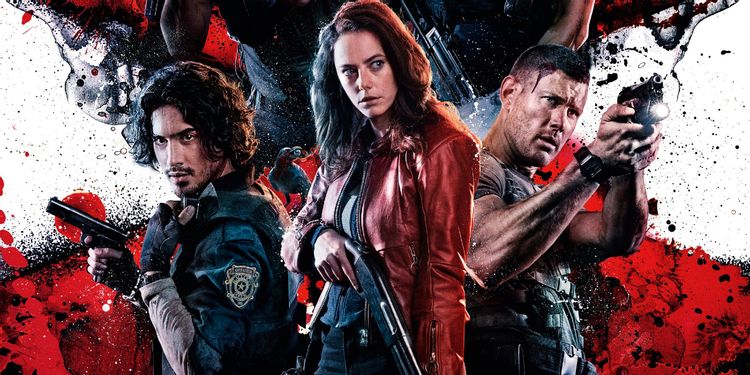 Resident Evil: Welcome to Raccoon City wasn’t as bad as I’d heard with some creepy moments and an unsettling atmosphere. The characters stray a little too far from their videogame counterparts at times and there are some strange tonal shifts. The 4K disc isn’t really worth the extra cost compared to the Blu-ray as it has the same special features so this is really just for completists.

Plot: Welcome to Raccoon City, once the booming home of pharmaceutical giant Umbrella Corp. The company’s exodus left the city a wasteland, a dying town with great evil brewing below the surface. When that evil is unleashed, a group of survivors must work together to uncover the truth behind Umbrella and make it through the night.

Review: I haven’t been much of a gamer for a while now but I do remember playing Resident Evil on my PlayStation back in the day so I’ve been curious about checking out the latest reboot of the live action franchise.

I’ve read mostly negative reviews for this movie but I thought it looked interesting from the trailers so I picked up the 4K Blu-ray the other day and finally watched it.

Resident Evil: Welcome to Raccoon City (which is a terrible title) was better than I had expected with a genuinely creepy atmosphere, and it felt like the videogames it was based on. There was some nice attention to detail like certain sets, scenes and costumes were lifted straight out of the games.

The music may be a little clichéd with the creepy childish voices but otherwise it really adds to the atmosphere especially with the choral moments.

Where this film falls down is really with the characters who are one note and forgettable with no one really making any impression. Robbie Amell looks the part but for some reason Chris Redfield is kind of a dick and not especially sympathetic. In the games he and his sister Claire are close but for some reason this movie makes them distant and there isn’t really anyone to root for.

We get the other familiar characters like Jill Valentine, Albert Wesker and Leon Kennedy (who don’t really look like their videogame counterparts) but other game characters like Lisa Trevor and Josh Cruddas also make an appearance.

The tone is also a little odd at times where we get some genuinely unsettling moments then a few jarring scenes with 90’s pop tunes which took me out of it.

As writer/director Johannes Roberts states in one of the featurettes on this disc this is a horror movie with action scenes and we get some decent zombie kills with a few shoot outs but nothing especially gory. The Licker looks rather CG but it’s not too bad and still manages to be gross.

The script also isn’t the greatest with “fuck” being said as every second word; I swear as much as the next guy but when it’s overused it loses some of its power.

I think I may prefer this to the majority of the Paul W.S. Anderson Resident Evil movies which were fine for what they were but like I said this goes more for a horror vibe which I like.

The 4K has a few featurettes which I’ll list below:

These have the cast and crew talking about they wanted to make a movie that was as close to the games as possible; it’s always fascinating to hear how films are put together so there is some good content here. It’s too bad there are no deleted scenes so it’s basically just puff pieces. The picture and sound quality were excellent and it had subtitles too which are a given on most discs these days but I’m always pleased to see them.

Overall, Resident Evil: Welcome to Raccoon City is atmospheric and at times captures the spirit of the games but the characters were mishandled and the sometimes jarring change in tone can detract from it.