Vertical Entertainment will be releasing the action-thriller film MESSAGE MAN in U.S. digital platforms on February 26. Premiere Entertainment Group had licensed the revenge film to Vertical last September during TIFF.

The film, which stars Paul O’Brien and Verdi Solaiman, follows an ex-hitman (O’Brien) whose violent brutality resurfaces when his past catches up to him, leading the assassin on one final killing spree to make things right.

The film was shot in Indonesia and Australia and showcases some of the spectacular settings throughout the Indonesian region.

“I wanted to make an action film that was honest and character driven and I think Message Man offers that. From the talented performances of both the eastern and western cast through to the truthful depiction of the brutality and fighting, Message Man has a unique edge to it. It definitely isn’t for the faint hearted but does have a whole lot of heart,” says Corey Pearson.

“Message Man is a very well-produced film and we’re confident it will do well in the market place. It’s great to see this kind of quality genre film coming out of Australian and South East Asia,” says Vertical’s Josh Spector. 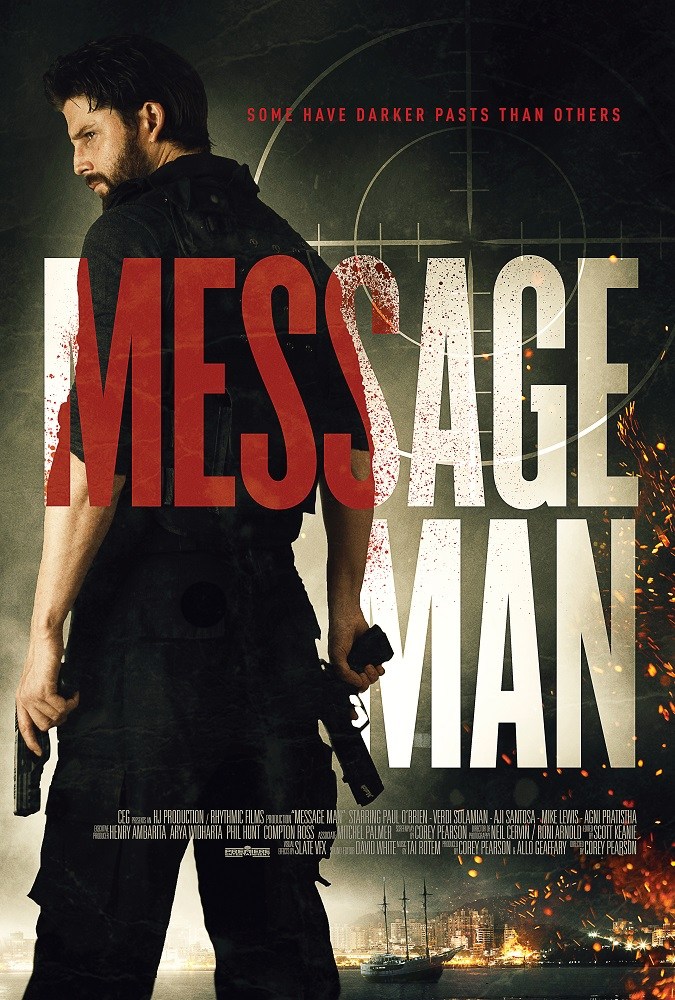