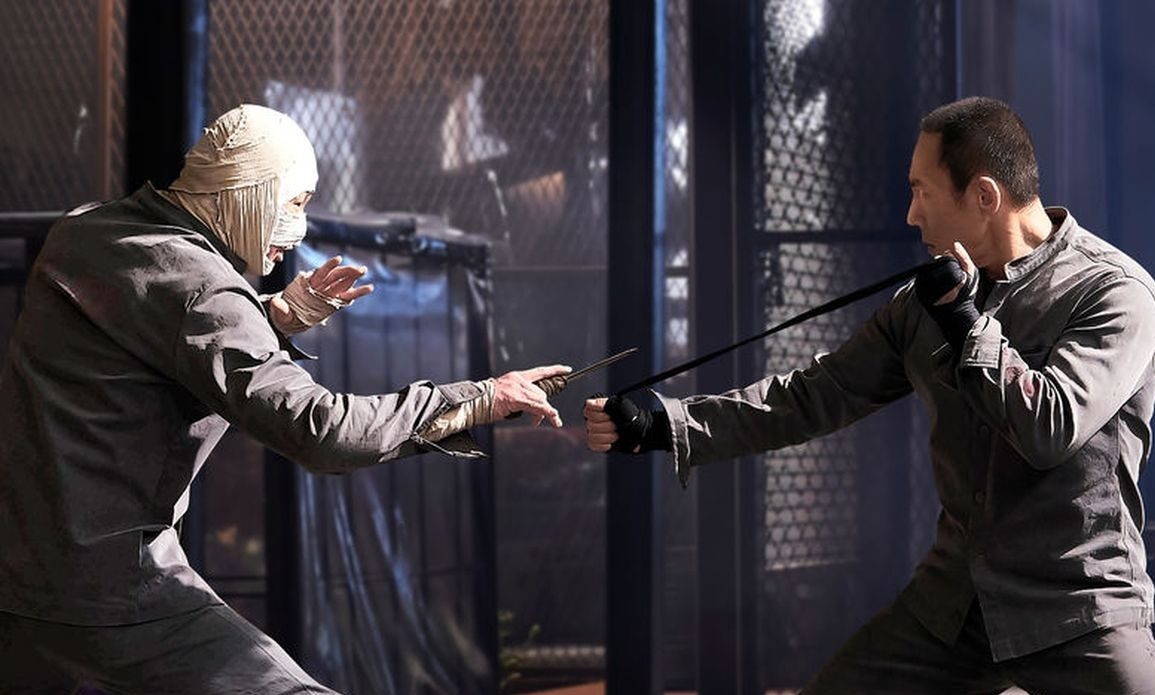 Revenger is indeed worthy of the hype with some epic fight scenes and a badass new action star in Bruce Kahn.

Plot: A former police investigator decides to go to a prison island to revenge the brutal killings of his family.

Review: I feel like everyone has seen this movie already but I finally sat down and watched it last night and it was well worth waiting for. Revenger will easily be one of my top action movies of 2019 with a new legend of action in Bruce Khan.

It wastes no time in getting started with two women being chased through a jungle on a prison island by a group of men. They are saved by a mysterious stranger (Kahn) who has a Hannibal Lector style mask on and a straitjacket but still manages to take out the group of thugs with ease. Meet Bruce Kahn. The new badass on the block.

The fight scenes are beautifully shot so it feels like an old-fashioned kung fu flick where we can see all the action with no quick cuts or shaky cam and Kahn is a joy to behold.

There isn’t much in the way of story but it isn’t required; Kahn is out for revenge against a bandaged up villain who killed his family and he’ll stop at nothing to have his vengeance.

Kahn barely says more than 5 lines of dialogue for the entire movie and yet we are rooting for him within seconds as he’s a lone, silent badass who can take on legions of bad guys without breaking a sweat.

TJ Storm also makes an appearance as one of the villains and he has an impressive fight with Kahn where you really get an idea of how huge Storm is as he towers over him and has some fantastic moves himself.

My only real gripe with the film was the misjudged humour from Mr. Bao and the other inmates which kind of goes against the serious tone of the story and the rest of the movie but admittedly they do provide a few laughs.

At around an hour and 50 minutes long you would think that Revenger may feel stretched out but it isn’t at all with epic fight scenes every few minutes keeping your eyes glued to the screen. The climactic fight is truly spectacular and wonderfully violent as Khan faces off against his nemesis.

Overall, Revenger is a must-see for fight fans as it’s going to be one of the best action movies of the year with plenty of kung fu action and a new badass hero in Bruce Kahn. I look forward to seeing what he does next. Revenger is on Netflix now.