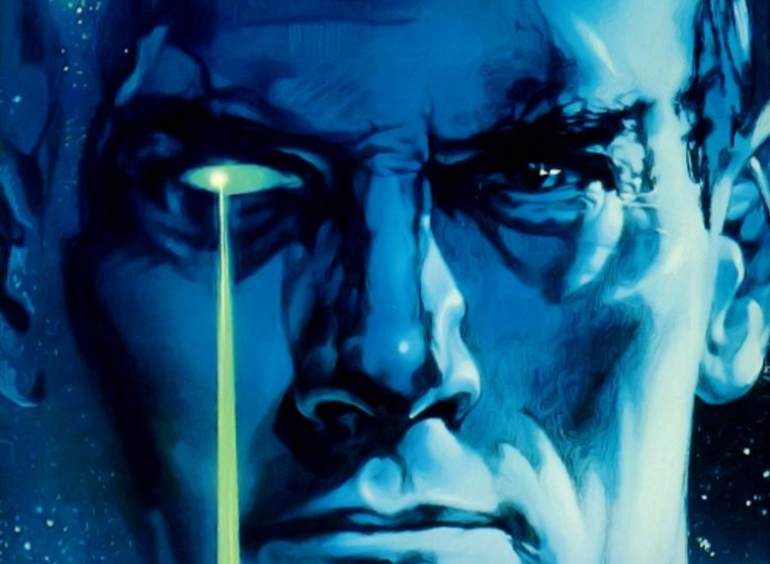 Revisiting Abraxas: Guardian of the Universe (1990)

Plot: An alien “policeman” arrives on Earth to apprehend a renegade of his own race who impregnates a woman with a potentially destructive mutant embryo.

There is something about B movies like Abraxas: Guardian of the Universe that I can watch them all day; I can’t explain it. I think I’ve said before it’s almost like a safety blanket remembering back to an easier time in life. There are Rifftrax and numerous videos mocking this film which Is understandable as it’s an easy target but oh how I enjoy it so – Jesse Ventura vs. Sven-Ole Thorsen in a cheap Terminator-esque film about two former partners turned adversaries? Sign me up!

Ventura plays our hero Abraxas (I wish that was my name), a Finder who travels across the universe bringing criminals to justice. When his former partner Secundus (Thorsen) goes rogue and heads to a primitive planet called Earth (never heard of it either) he wastes no time in getting a woman pregnant so Abraxas is sent to destroy him and terminate the woman and baby. Obviously he doesn’t but he stays on Earth to battle Secundus to stop him once and for all.

This might be the biggest role I’ve seen Thorsen in and it’s cool to see him as a primary antagonist rather than the monosyllabic henchman. Ventura displays the range of a pencil case displaying no emotion whatsoever but plays the stoic warrior well enough.

James Belushi shows up briefly as a school principal for some reason but it’s probably because he was Marjorie Bransfield’s (who plays Sonia Murray) husband at the time.

There is a lot of action with regular fight scenes and incredible dialogue like “Follow me, and she dies! Have a nice day!” and “Exotic dancers are birthing members of this species performing contemporary fertility rites.”

I don’t know how anyone kept a straight face when talking about VD (Vibrational Detection). Then there’s the rather creepy scene of Abraxas telling the bedtime story to the little boy Tommy “Hello. I suppose you’re not tired. Do you want to sit up here with me? I’ll tell you a story. It’s about two men who were partners.” Okaaayy…

So as you can tell this is a movie that has to be seen to be believed; grab as much ale as you can handle and try to avoid getting VD.