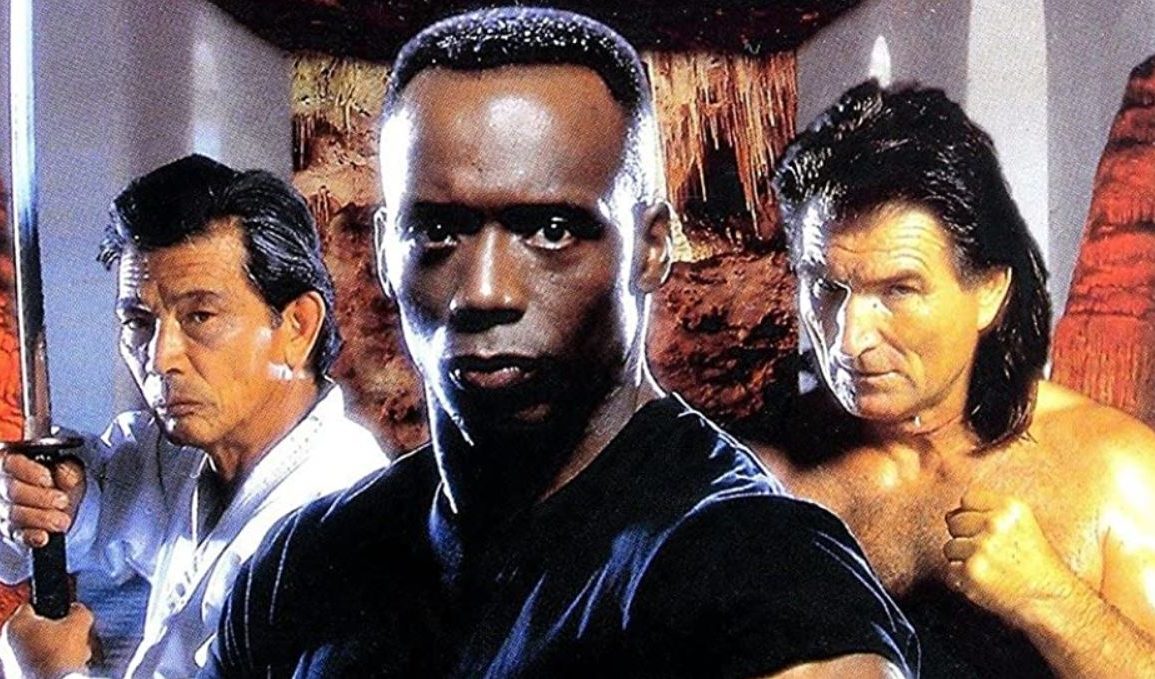 Plot: A martial arts expert who runs a dojo for under-privileged kids from a dilapidated warehouse is shaken down by gangsters demanding protection money. Then when one of his students is gunned down in the street by the gang, he swears revenge. Meanwhile the gang leader is setting up a death match between the best fighters and is forcing a former trainer to find a new champion by threatening his granddaughter.

Hidden Tiger AKA Balance of Power is another one of my personal favourite Billy Blanks films with James Lew on villain duties and Mako playing the inspirational mentor training Nico (Blanks) how to be the ultimate fighter and beat Takamura (Lew). By taking him down they will also be destroying Hastishita’s (Denis Akiyama) criminal empire and making the streets safer again.

This is essentially Billy Blanks’ version of Kickboxer with Takamura a similar opponent to Tong Po and the finale has someone taken hostage so our hero will be forced to lose the climactic fight. It has enough differences to still be a lot of fun and Billy Blanks really could move giving us some awesome fight scenes where the camera holds back and lets us see the action. If your 90’s action/martials arts picture didn’t have James Lew or Mako in it in some capacity was it even an action movie?

The acting isn’t the greatest but that doesn’t really matter as we’re here for the fights and Hidden Tiger delivers on that front; we also get a rather epic bad guy death where he gets impaled though the mouth by a spike on a door.

It’s a well-paced 90 minutes and even has a 10-15 minute training montage with Blanks running in slow motion on a beach, lifting logs and generally showing what a badass he is. I like how he isn’t invincible and has to let go of his anger to be able to defeat Takamura and until he does that he’ll never be the best he can be. I love these old-school action pictures which inspire you to go to the gym or do martial arts as it’s something we rarely see anymore.

Overall, Balance of Power AKA Hidden Tiger may not be anything new and has some questionable acting but I’m here for the fight scenes and training montages so it delivers on that front for me.