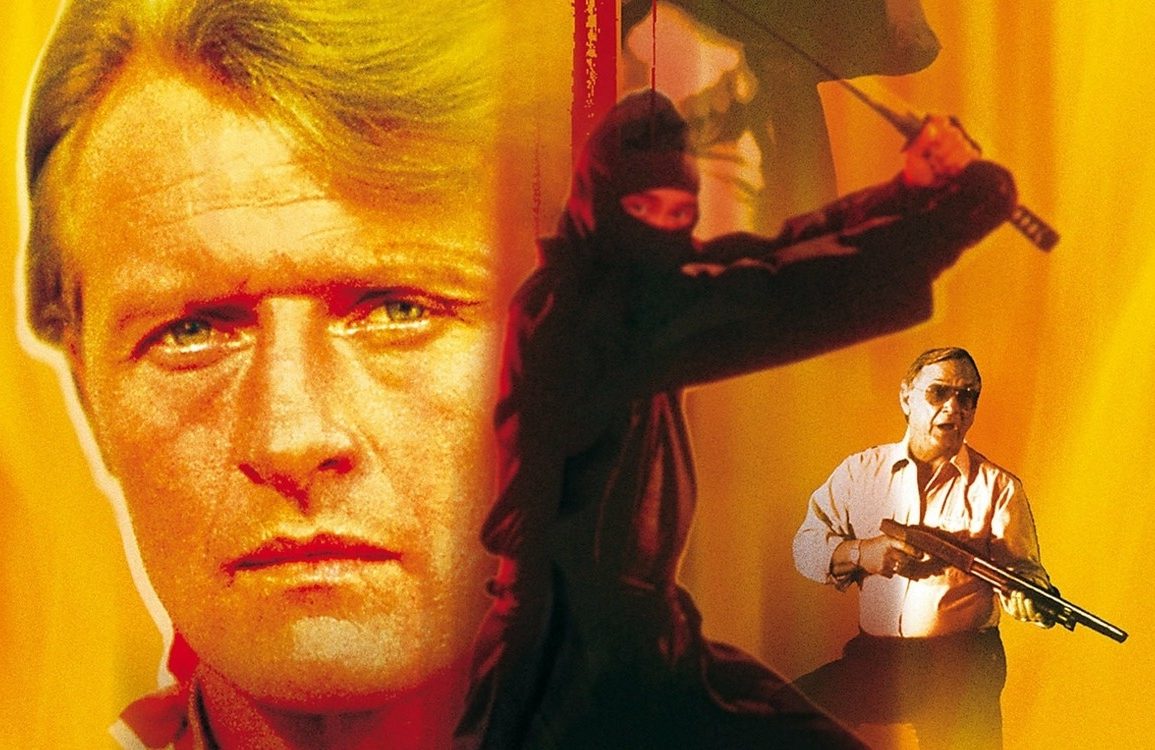 Plot: A blind Vietnam vet (Rutger Hauer), trained as a swordfighter, comes to America and helps to rescue the son of a fellow soldier.

I recently picked up a Blu-ray triple pack which features this, Silent Rage and White Line Fever; it had been a few years since I watched Blind Fury but I always remember loving it when I was younger.

Rutger Hauer plays Nick Parker, a soldier in Vietnam who ends up losing his sight during a firefight but is rescued by some locals and trained to become a warrior. He essentially becomes Daredevil with heightened senses to make up for his lack of sight. Years later he returns to America to search for his old friend Frank (Terry O’Quinn) but finds out that Frank has his own problems and he owes money to MacCready (Noble Willingham). What ensues is a rather awesome action movie with some surprisingly heartfelt moments, choice one-liners and regular fight scenes.

You’ll remember the late Noble Willingham as Sheldon Marcone from The Last Boy Scout and he always made for an entertaining villain; I do think his character deserved a more satisfying payoff though in this movie.

Rutger Hauer gives one of his best performances in Blind Fury and provides a convincing portrayal of a blind person; Nick is an immediately appealing character who is noble, loyal and honourable.

The action highlight is arguably the final fight between Nick and The Assassin (Sho Kosugi); too bad Sho doesn’t have a bigger role but having him in the movie in any capacity is always a plus.

The villains are mostly a bunch of rednecks but I enjoy the banter between the two brothers Lyle & Tector Pike (Nick Cassavetes & Rick Overton) and they have some of the best lines.
Randall ‘Tex’ Cobb is the amazingly named Slag and is the main henchman of the tale; he is hard to kill but gets a really epic bad guy death at the end.

Blind Fury is only 80 minutes long so it’s well paced and never dull for a moment making for an easy watch.

The relationship between Nick and the young boy Billy (Brandon Call) works for the most part and Billy is only mildly annoying in the first half; by the end of the movie when Nick sheds tears for the first time in 20 years, you’ll be hard pushed not to join him.

Blind Fury is directed by Philip Noyce who has made some awesome movies over the years like the Jack Ryan pictures Patriot Games and Clear and Present Danger so it’s no wonder the action is so slick in this.

Like any great action movie it has an electric guitar infused music score which is hard to find but a few tracks are on YouTube.

Overall, Blind Fury is one of my favourite Rutger Haurer movies; it has comedy, heart and regular action scenes making for wonderful escapist entertainment.