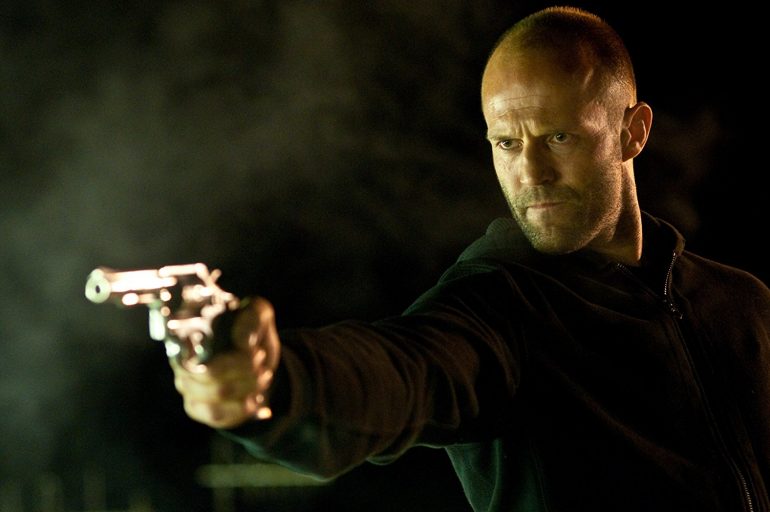 Plot: Detective Sergeant Tom Brant (Jason Statham) is assigned to track down a dangerous serial killer that has been picking off police officers. With his partner, Porter Nash, this killer cop must track down the cop killer.

I’ve definitely been on a bit of a Jason Statham kick recently so today I thought I would have another look at Blitz which is an under the radar movie which went straight to DVD and was quickly forgotten about by many… but not me.

It’s actually one of my favourite Stath movies as his character Brant is a classic badass; he’s an old-school Dirty Harry-esque type who plays by his own rules and says hilariously politically incorrect things.

Blitz is based on a series of novels by Ken Bruen with Brant also featuring in them; it’s a shame this wasn’t released in theatres and a bigger hit as there could have been a new franchise.

There aren’t a ton of fight scenes or big action sequences but there’s enough violence and disturbing imagery to keep the story moving and the opening with Brant beating up some thugs as they try to break into his car is satisfying.

Aidan Gillen is wonderful as the completely unhinged cop killer Weiss who by the end remains an enigmatic character we know little about but it keeps him interesting and unpredictable.

There is some entertaining buddy banter between Brant and Nash (Paddy Considine) and the script has some humorous one-liners. The Fast & Furious series isn’t the first time we got to see Jason Statham and Luke Evans in a film either as Evans plays Detective Inspector Stokes who also investigates the murders but only if PC Elizabeth Falls (Zawe Ashton) goes out on a date with him.

There are a few twists and turns and despite the fact that the audience and Brant know who the killer is there isn’t enough evidence to convict him so Brant decides it’s time to take matters into his own hands.

If you haven’t seen Blitz and like gritty cop thrillers with Statham at his badass best then you could do a lot worse than this.