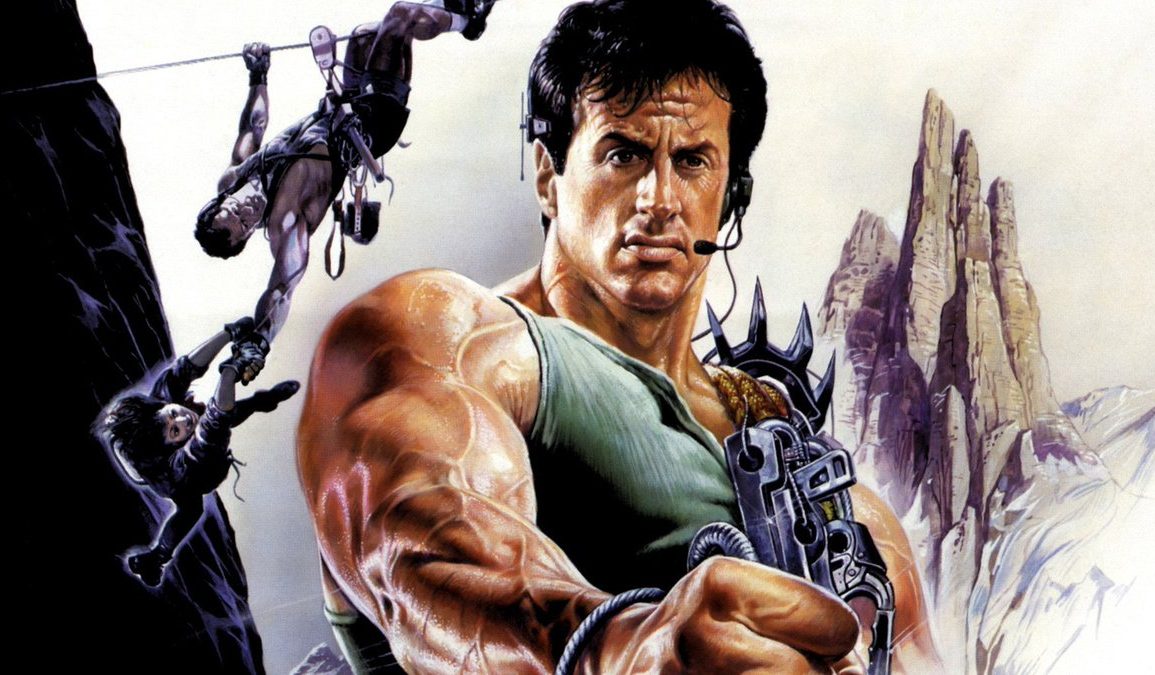 I’ve always been a huge fan of rare workprints and investigating movies that were never made; after watching my new Blu-ray of Sylvester Stallone’s Cliffhanger, I thought I’d look into the workprint which has been floating around for years.

The quality is terrible and I mean really bad; it’s pretty much unwatchable but I got the gist of it and have found some more information on it.

Cliffhanger is one of my favourite movies and the Blu-ray is excellent quality with perfect sound and audio. I wish I could say the same for the workprint but here’s what I’ve managed to find from it.

Below is a video which someone put together of Travers’ (Rex Linn) death which mixed the final film’s footage with the workprint. In this NC-17 version Michael Rooker’s Hal shoots Travers several times with a shotgun.

Once again I apologise for the quality but this over 20 years old.

In the theatrical cut we see Travers being shot a few times and automatically assumed it was Gabe (Stallone) but when watching the film last night, you can tell it has been been cut, which is a shame as watching ravers being shot even more was thoroughly satisfying.

I really must buy the user Jack Craven from Worldwide DVD Forums a cake as he has compiled a list of various cuts and extra scenes which never made the final film.

There is a longer death of the first agent that Travers shoots on the plane.

When Travers shoots the second agent in the head blood and brain matter is shown splattering on the wall behind the agent.

Alternate angle is used in the death scene of the first pilot who gets shot in the head by the other pilot. Blood is shown splattering on the window and although it’s hard to see due to the poor quality of the workprint it looks like chunks of brain are also mixed with blood.

Little longer death of the corrupt pilot; he is shot more times in slow-mo and bullet holes are shown appearing on his back.

Longer death of Brett. Bullets are shown hitting him in back and exiting out of his chest in slow-mo.

In the workprint when Travers screams at Kynette to shoot at Evan, Kynette gives the gun to him and Travers shoots Evan who is still flying in his parachute and manages to hit him in shoulder. Although this scene was cut, in the theatrical version blood is shown on Evan’s shoulder when Frank finds him later.

While he is beating up Gabe, in the workprint version Kynette asks him one more time where is the money, in the theatrical version he only asks him twice which causes a continuity mistake because he told Gabe that he’s gonna ask him just three times. When Jessie tries to help Gabe, Kynette hits her and then goes towards Gabe to kill him like in the theatrical version but Gabe grabs him, lifts him and impales him on stalagmite. His death scene is also a little longer in the workprint.

Frank is shot more times by Delmar. He only gets shot two times in the theatrical version but in the workprint he gets shot four more times and a couple of bullets are shown exiting out of his back.

Kristel is shown getting shot by Qualen three times onscreen. In theatrical version only first shot is shown. * A note from me: on the Blu-ray version I have, she gets shot three times.

Delmar kicks Hal one more time in the workprint and then asks him; “Tell me, how are we feeling so far?” In the theatrical version the scene is cut down and Delmar says; “Tell me, do you like soccer?”

When Hal shoots Delmar with the shotgun, a different angle is used showing blood spurting out behind him and a bloody hole on his chest. Also he is shown hitting the rock when he is falling down. If you look at his death in theatrical version he doesn’t have a bullet hole on him when he falls off the mountain.

As I mentioned above in the theatrical version, Gabe shoots Travers three times with his piton gun and Travers falls in water. In the workprint, Gabe shoots Travers one time and then tries to get out of the water and while wounded Travers gets up and says “I…won…Walker!” He is about to shoot Gabe but Hal shows up and shoots Travers three time with a shotgun and then Travers falls into the water. This scene is actually not an MPAA cut; the Film-makers decided to change his death so Gabe is the only one who kills him in the theatrical version but in the workprint he and Hal both kill Travers.

The final fight between Gabe and Qualen is cut. It’s hard to see but I think that Qualen hits Gabe more times in the kidney. After he hits Qualen a few times in the face Gabe again tries to climb away but Qualen grabs him again but Gabe manages to break his right arm and grabs him by the throat. Qualen falls down and then Gabe kicks him back inside the crashed helicopter and jumps off of it while helicopter with Qualen in it falls down and explodes.

In the workprint, when he realizes that Gabe has tricked him and put the tracker on the rabbit, enraged Travers shoots and kills the rabbit. Preview audience didn’t like this scene so Sylvester Stallone invested 100.000 dollars of his own money to have the scene re-shot so that the rabbit escapes. But the uncut scene is not that graphic although it’s hard to see it due to the poor quality of workprint so I’m not sure about it.

The Theatrical trailer shows two action scenes which were deleted from the final cut but are in the workprint;

1. After he survived the avalanche Gabe climbs across frozen waterfalls and barely manages to get on top. According to director Renny Harlin this scene was cut because effects looked too fake and because they didn’t want to show Stallone’s character Gabe as another Rambo.

2. After the bridge connecting the two mountains is destroyed, Gabe does a running jump and manages to land on the wall of other mountain. Preview audience laughed when they saw this scene because they thought it was impossible so it was deleted.

You can check out the awful quality workprint scenes below but like I said, it’s practically unwatchable at this stage. It’s funny how some of the cuts are actually in the Blu-ray version which still manages to be pretty violent.

Qualen and his goons are just pure evil but I also have to say that they are probably the dumbest criminals I’ve seen in a film. The scene where they send up Gabe without his jacket to retrieve the money makes little sense because as soon as he reaches it they decide to kill him, thus sacrificing the money. I know Hal shouts to warn Gabe but it just seems overly-sadistic and a waste of millions of dollars. Mind you, the film isn’t exactly going for gritty realism, so it’s not a big deal. I still love the film and recommend the Blu-ray to fans as it’s worth every penny.