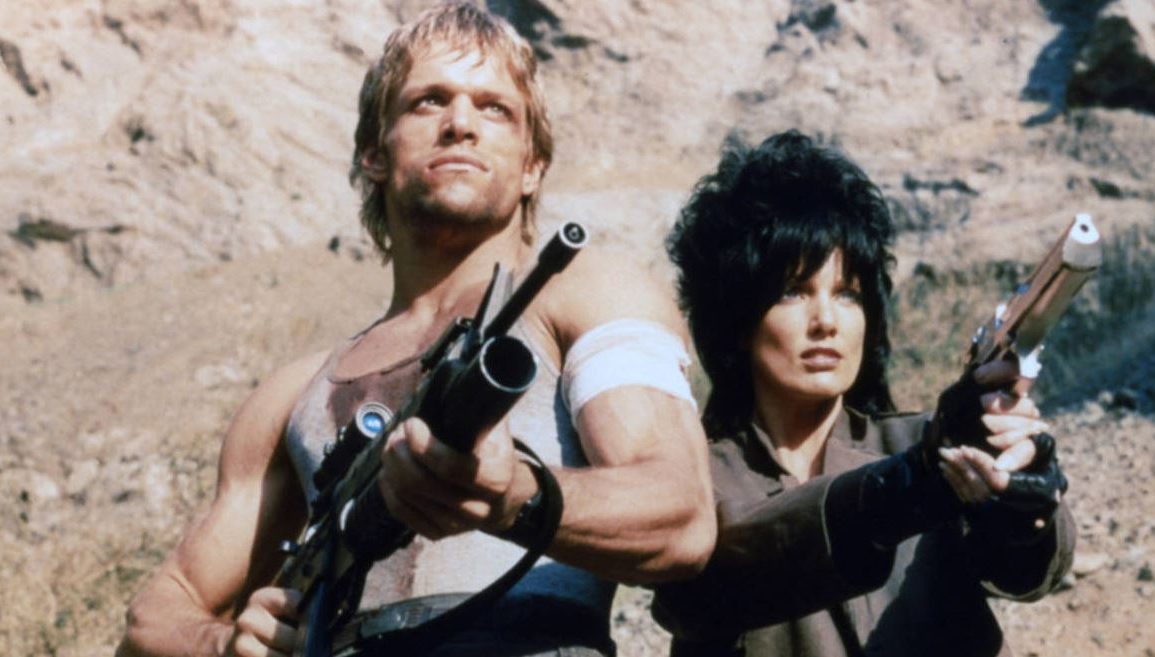 Directed by Fred Olen Ray Commando Squad (not really sure why it’s called that) is my favourite kind of low budget 80’s B movie greatness. Brain Thompson is mostly known for playing antagonists in movies like Cobra but here he is the good guy and what’s interesting is that he ends up getting captured and it’s up to Kat Withers (Kathy Shower) to come and rescue him so he is the damsel in distress rather than her.

He has to go through some nasty torture as well including some unnecessary dental surgery which was really tough to sit through. Our two main villains are played by the late great William Smith and Sid Haig who are both suitably despicable and we spend most of the runtime waiting for them to get what they deserve. There is some nice foreshadowing earlier on when Kat is given a knife that is tipped with sulfuric acid which is going to end badly for someone…

William Smith had great presence on screen and at times you could mistake him for Bennett from Commando with that epic mustache.

At around 87 minutes long Commando Squad is packed with action including shoot-outs, fight scenes and explosions; this being low budget fare I’d feel let down if the boom mic didn’t make a cameo appearance and it didn’t disappoint right around the 41 minute mark.

The music score is classic 80’s electric guitars and slinky saxophones which as we all know is perfect.

Overall, Commando Squad is low budget VHS fare and I love it; it’s packed with action, hateful bad guys and a kick ass female lead who teams up with the male lead to bring destruction upon the bad guys at the end.