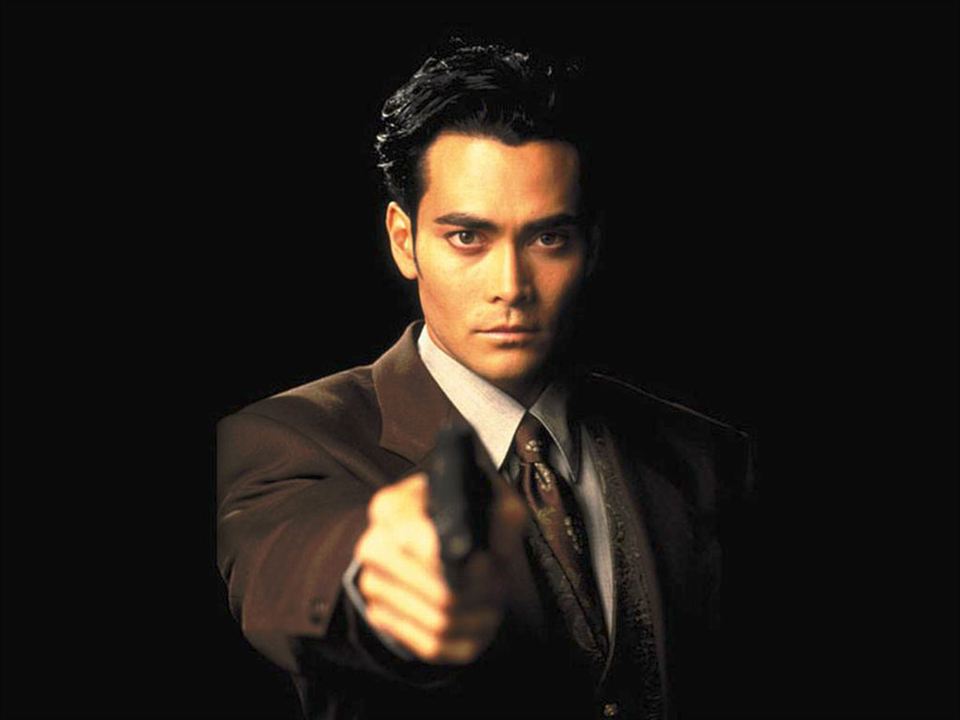 Plot: A lethal assassin for a secret Chinese organisation, who sheds tears of regret each time he kills, is seen swiftly and mercilessly executing three Yakuza gangsters by a beautiful artist. She is captivated by the grace of his kill and later falls in love with him. An intense power struggle for the leadership of the Yakuza Clans ensues as they seek vengeance for the death of their leader. They soon realise the fatal mistake of underestimating the deadly skills of the Crying Freeman.

I think it’s funny how so many websites are talking about Mark Dacascos as if he is a newcomer to the genre since John Wick 3 came out. So just in case some of you are unfamiliar with his work I’m revisiting some of my favourite films of his so you can check them out if you haven’t already.

Crying Freeman never really got a full release in the US and to this day I’m still waiting for a Region 1 Blu-ray however, it’s one of Mark Dacascos’ best movies and you can get it from a German or French version of Amazon.

Originally a Manga film, it certainly doesn’t feel like your standard Hollywood actioner and it’s all the better for it as it has a little bit of John Woo-esque style and no shortage of action.

The cast are all fantastic except in the US version Tcheky Karyo is dubbed over by Ron Perlman as his character isn’t meant to be French. I also recently discovered that Julie Condra’s voice-over had been dubbed by Deborah Kara Unger to give her a deeper feminine voice which certainly works as it’s one of the sexiest voice-overs I’ve ever heard.

Plot-wise it is your typical hitman with a heart tale but it’s one of the better ones with an almost dreamlike quality at times. Dacascos is perfectly cast in the role and remains stoic for the first half of the film but his armour slowly cracks as he begins to fall for Julie Condra’s character Emu O’Hara… Emu? OK then…

You can never go wrong Byron Mann who excels in this type of role and is always an effective villain.

The music score added to the atmosphere and worked perfectly for the dramatic scenes and ramps up for the action.

Speaking of which the final 20 minutes have some great action and like I said, it’s all very John Woo-esque with gunplay, satisfying fights and a high bodycount. It’s all done practically so we have real explosions and squibs making this one of the more underrated movies in Mark Dacascos’ filmography.

Overall, Crying Freeman remains one of my personal favourite Mark Dacascos movies with a unique style and atmosphere that stands out from other actioners from that time period. It’s definitely about time one of these specialty Blu-ray companies gave us a full HD release in North America.