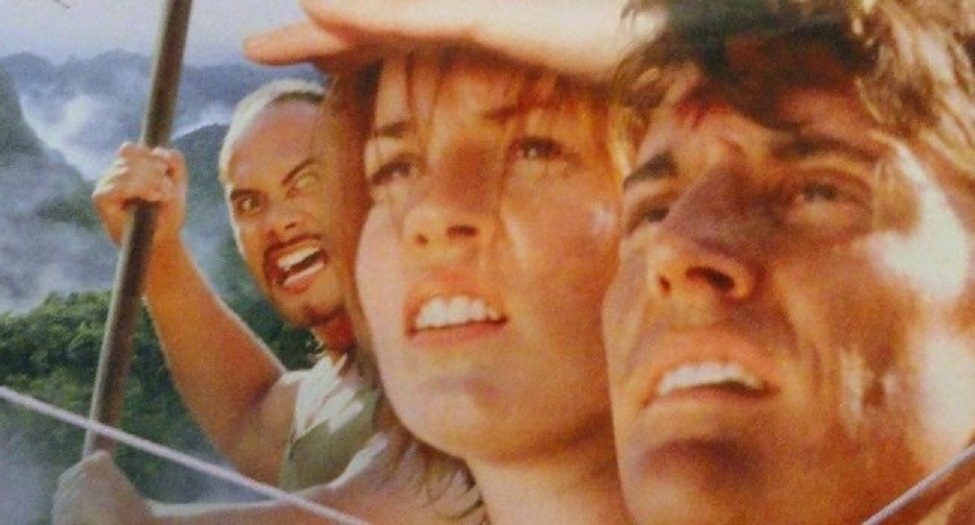 If you haven’t seen this movie just a heads up that I go into some spoilers.

Loren Avedon stars in this 90’s actioner about a wealthy banker and his daughter who are kidnapped by a gang of thugs. The girl’s boyfriend Max Lightener (Avedon), who serves in the special units of the US Navy, is in possession of particular psychic powers. It will be thanks to these powers he will discover the place where the two abducted were locked.

Deadly Ransom has one of my favourite action scenes; Avedon is on a zip line while firing a machine gun at bad guys… why do I never see these things in real life? It would make my day job far more interesting…

Anyway, Deadly Ransom is a bit of an odd movie and the whole sixth sense aspect is a strange choice and some elements work better than others. Loren is as likable a protagonist as always and gets to show off some of his martial arts skills but it’s the late Brion James who steals the show as the over the top villain Bobby Rico who *spoiler alert* also happens to be Max’s Uncle.  This could make future Christmas family gatherings awkward.

James hams up every scene as he snorts coke and just seems to be having a blast giving us one of his most entertaining villain roles to date.

I love how Max is actually a bit crap at rescuing his girl; every attempt is thwarted and then he even ends up getting captured. It’s rather frustrating that after all the build-up Bobby Rico gets away at the end making the ending feel rather flat. Admittedly he doesn’t kill Max when he has the chance so there is a bit of a redemption arc but I would have preferred an epic bad guy death.

There is no shortage of action with several fight scenes and as I said an epic zip line sequence which is just so cool, especially when the heroic music comes on which may make you tear your shirt off and scream with testosterone.

There are some early roles from JJ Perry and Clayton J. Barber so keep your eyes open for them.

Overall, Deadly Ransom is one of my favourite Loren Avedon movies with a hilarious bad guy turn from Brion James, some awesome action and Avedon kicking plenty of ass. Some ideas may not gel (like the sixth sense aspect) but it’s still a lot of fun and worth watching.