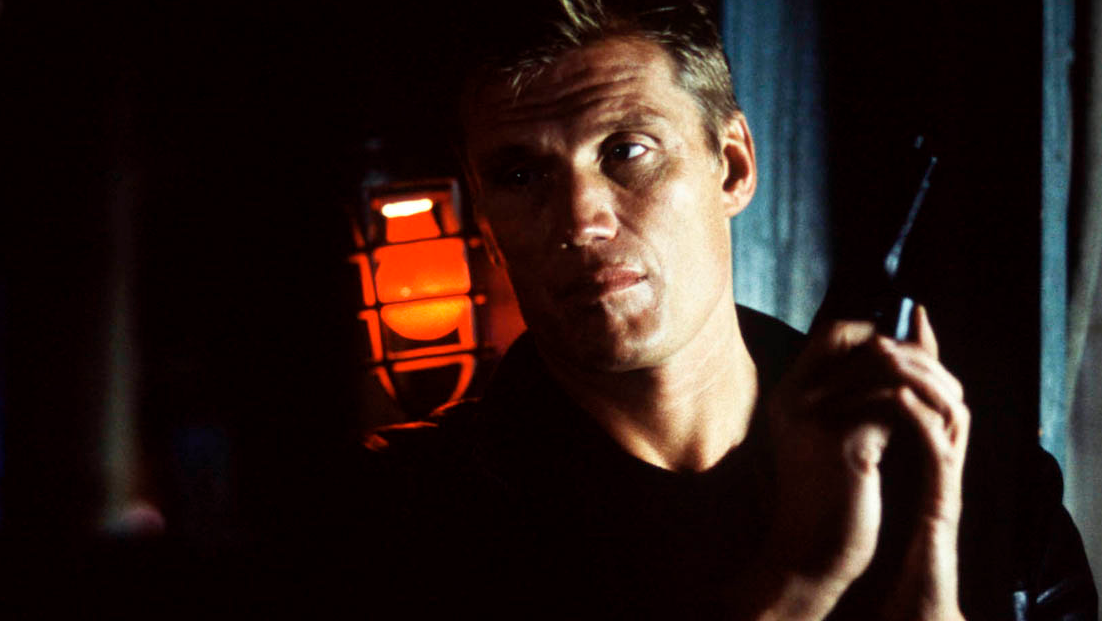 Plot: Captain Matt Hendricks and Dr. Linda Christian are locked in a submarine with Russian terrorists that threaten to launch a chemical virus on US territory.

Dolph Lundgren stars in this Die Hard on a Submarine clone that really isn’t all that amazing but that’s due to the fact that according to IMDB Producer Jim Wynorski had to re-shoot about forty minutes of footage in three days. You may also notice some of the early footage is from Dolph’s Storm Catcher so at that point I was wondering if there was something in my coffee as it was all looking rather familiar.

After a rather disjointed first 45 minutes the film kicks into gear and the bad guys take over an American sub planning on unleashing the virus known as Agent Red upon Moscow and New York. The big bad is Kretz (Alexander Kuznetsov) who is rather wooden and not remotely threatening but they do at least try to give him some depth as he feels that both Russia and America are corrupt and use these weapons on their own people regularly so he wants to teach them a lesson. You can see his argument at times but you know he still needs to be taken out and Cpt. Matt Hendricks (Lundgren) is the man for the job.

The best thing about the movie is Dolph who is in full-on John McClane mode as he talks on the radio to Kretz letting him know that he has killed some of his men with lines like “You’re gonna have a hell of a problem. All your friends are on permanent sick leave” and “Right names, wrong plane of existence pal”.

Hendricks teams up with his ex-fiancé Dr. Linda Christian who is a badass in her own right and has some action scenes so she is far from a damsel in distress.

There are a few fight scenes with Dolph doing what he does best but I would recommend Command Performance instead if you want to see a superior Lundgren led Die Hard clone.

Overall, Agent Red is a bit of a mess but there’s enough to enjoy with Dolph on entertaining form, some cheesy dialogue and a few fight scenes. For Dolph completists only.