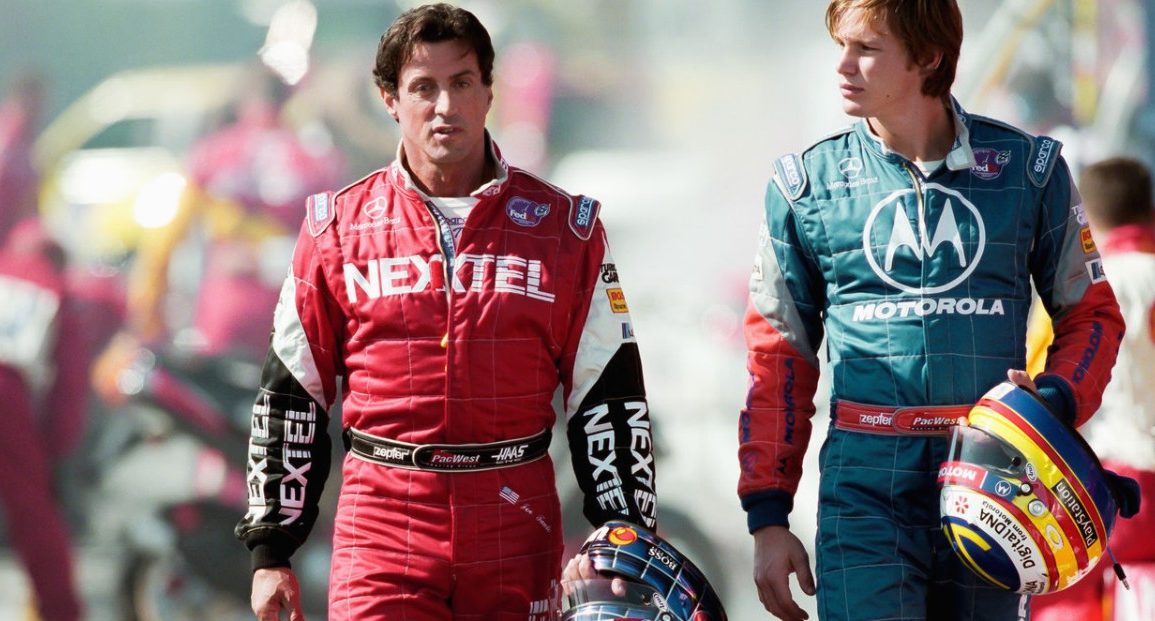 Plot: A cutting-edge action drama about an exciting cast of characters living life in the fastest of lanes, in the thrilling and dangerous world of high-tech car racing. Rookie Jimmy Bly (Kip Pardue) could go all the way, but not without the help of fallen legend Joe Tanto (Sylvester Stallone) or without the love of another racer’s girl (Estella Warren).

When Driven starring Sylvester Stallone was released back in 2001 it was met with a generally negative reception from critics (shocker) and wasn’t exactly a box office smash. It’s seen as one of Stallone’s career low points which is a shame as it reunited the star and director (Renny Harlin) of Cliffhanger so you would have thought this had “smash hit” written all over it.

Over time it hasn’t even garnered much of a cult following so few people still talk about it. I’ll admit I don’t love it, but I’ve seen plenty of worse films than Driven.

I think there was a better movie in there because on the DVD it has some of the best special features I’ve ever seen with 51 minutes of deleted footage which gives more characterisation as well as a commentary from Sly Stallone where he talks about how some of the characters weren’t given enough focus and I think that was the biggest problem.

For me there were too many characters and storylines that you ended up not really caring for anyone aside from Stallone. He can redeem any movie and he brings his underdog charm to the film as Joe Tanto, a legend whose best days are behind him but maybe he can help out a rookie called Jimmy Bly (played by Kip Pardue).

Bly is a total non-entity and I never cared what happened with him or his tedious non-relationship with Estella Warren’s Sophia; she starts off as current champion Beau Brandenburg’s (Til Schweiger) girlfriend but he dumps her because she’s a “distraction”; she moves on to Bly until Beau decides he wants her back and then she goes to back to him. The script tries to make us nearly sympathise with Beau but Til Schweiger just has a villainous face so it’s hard to root for him (sorry Til).

There isn’t much that’s memorable about Driven but it has its moments especially seeing Stallone and Burt Reynolds share the screen together; they have an emotional shouting match which is some of the best acting I’ve seen from Reynolds in particular. In the behind the scenes of the DVD Sly actually gets emotional making that scene.

I wonder if Driven would have worked better as a TV series so then we would get more time with the characters but I’m not sure that would have improved it that much.

Some of the race sequences are suitably exciting with regular explosions, loud music and crashes however, there is far too much noticeable CG which really takes you out of it and I remember that at the time.

I find movies about car racing struggle to be as exciting as being at an actual race as you rarely feel the same sense of adrenaline and that’s the case here. As I said it has a few entertaining moments and the chase through the city when Bly steals a car with Tanto pursuing him is a highlight.

I also love when movies are filmed here in Toronto so I can spot familiar landmarks; I’ve been to the Toronto Indy race and it’s far more exciting than any film could portray it. You need to hear the roar of the engines, the smell of the burning rubber and the taste of a few beers to truly appreciate it.

Overall, Driven isn’t quite as bad as the critics have said but it’s certainly not perfect; I enjoy a few of the race scenes and seeing Stallone and Reynolds on screen together is awesome but aside from that it is rather forgettable.