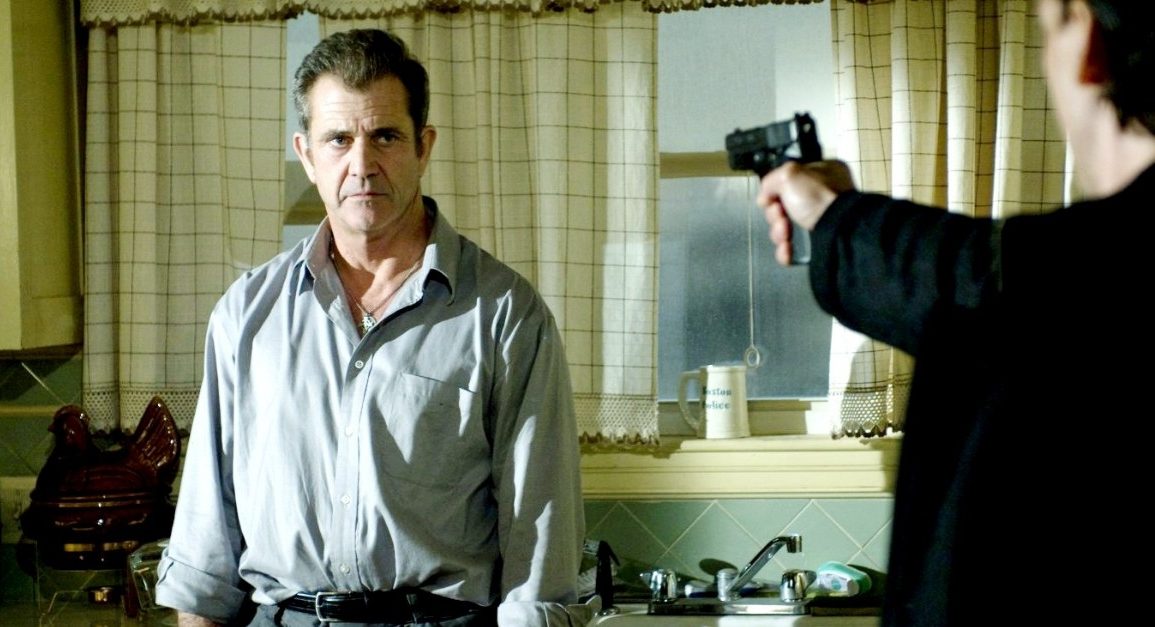 Plot: When the only daughter of a Boston homicide detective, Thomas Craven (Mel Gibson), is shot on his doorstep, everyone assumes that he was the intended target. Then evidence suggests otherwise, and Craven sets out to find her killer and, in the process, uncovers her secret life, corporate coverups, government collusion, and murder.

If you have never seen Edge of Darkness then don’t read on as I go into spoilers here.

November 4th, 1985 was the first air date of the TV series Edge of Darkness which this movie is based on but I haven’t actually seen the TV show so I am judging this purely as a standalone feature. When I first saw it back in 2010 I remember finding it an intense watch that essentially leaves you with nothing but I always found the pacing a little off.

From the quietly devastating opening scene of the bodies rising up to the top of the lake to the heartbreaking ending Edge of Darkness isn’t exactly cheerful stuff but I was really into it this time.

Mel Gibson gives one of his best performances as a Boston police officer investigating the brutal murder of his daughter who may have gotten involved with forces beyond her understanding. Craven (Gibson) adores his daughter but when she is taken from him he retreats into himself and accepts no help from his fellow cops he becomes obsessed with finding her killer and will stop at nothing to make things right.

Craven isn’t a particularly sympathetic character and he remains detached from anyone who tries to help however, he doesn’t go over the top, keeping it grounded in reality. Although it isn’t exactly action-packed when it comes it’s visceral and brutal. The death of Craven’s daughter is shocking and another scene involving someone being run over makes me jump out of my seat every time.

Keeps your eyes open for a young, clean-shaven Frank Grillo as one of the villains and that guy who looks like an evil Will Ferrell who plays the predictably corrupt cop. Ray Winstone’s mysterious Jedburgh is a problem solver and we are never quite sure whose side he is on until the end of the movie but it’s always tense when he shares the screen with Gibson.

I still think it’s not quite as exciting as it maybe could be and the pacing could be tighter at times but Gibson’s on-screen charisma mesmerizes as always keeping you engaged. By the time the end credits roll you’re emotionally wrung out but Craven has finally found peace and it’s all wrapped up nicely.

Overall, Edge of Darkness has Mel Gibson give one of his best performances and it has some wonderfully violent moments; the pacing could be tighter and it’s not exactly “fun” but it’s certainly worth a look.