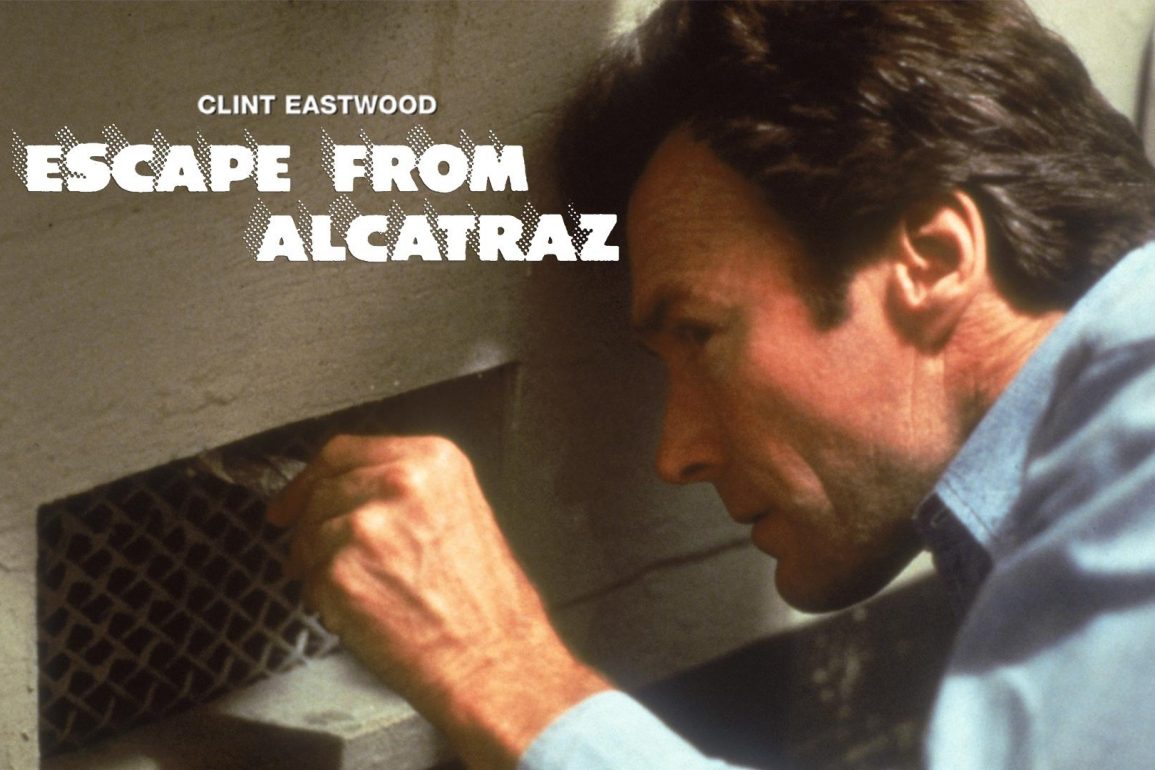 Plot: Alcatraz is the most secure prison of its time. It is believed that no one can ever escape from it, until three daring men make a possible successful attempt at escaping from one of the most infamous prisons in the world.

This is more of a crime drama than an action picture but it’s Clint Eastwood, there are a few punch ups and it’s awesome so I’m covering it here.

Escape from Alcatraz is inspired by the true story of three men’s attempted escape from one of the world’s toughest prisons and as with most Eastwood films it has no shortage of sharp dialogue and a well constructed story. It’s just under 2 hours long but moves at a quick pace as it is packed with tension as the three inmates plot their frankly ingenious escape. How they even thought all this up is beyond me and I never get tired of watching the movie as it keeps me on the edge of my seat every time.

Clint plays Frank Morris; a man of few words (shockingly) but he is always paying attention to what’s going on around him as he plans the daring escape. He is joined by one of my favourite underappreciated actors Fred Ward who plays John Anglin and Scottish actor Jack Thibeau who plays Clarence Anglin. He showed up in several other Eastwood movies including Any Which Way You Can and Sudden Impact.

There are so many great characters in this movie like English (Paul Benjamin) who helps Frank with his plans and Frank Ronzio as Litmus who keeps a pet mouse but is able to get bits and pieces for Frank.

Not everyone is there to help Frank however, with potential rapist and all-round bad egg Wolf (Bruce M. Fischer) out for blood after Frank beats him up in the shower.

Patrick McGoohan plays the warden who as always is arguably nastier than most of the inmates. You may also recognize Chester ‘Doc’ Dalton (Roberts Blossom) who played Marley in Home Alone; for you horror fans he was also Ezra Cobb in Motel Hell.

Poor Charley Butts (Larry Hankin) is rather pathetic and wants to leave with the guys but isn’t up to the task and seeing him sobbing in his cell remains one of the most heartbreaking scenes in the movie.

It’s funny how things have changed; this was rated PG but it’s still surprisingly violent (especially the hatchet scene) and I would have thought the subject matter was certainly more adult orientated. Mind you I watched it when I was young, and I haven’t been negatively affected in any way.

As I said there isn’t that much action aside from a couple of fights, but the tension will keep you engaged as you root for Frank and the gang to get out.

Overall, Escape from Alcatraz is one of my favourite Clint Eastwood movies; it has some great dialogue, ingenious ideas and a few punch ups to keep things exciting.