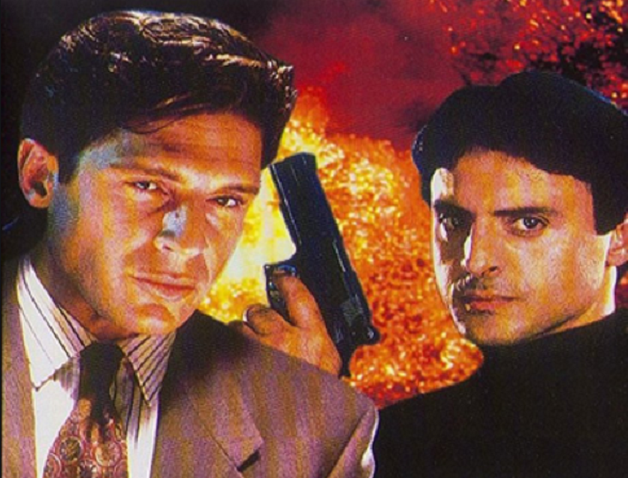 Plot: The military has been testing a new Virtual Reality fighting simulator, but testing is abruptly canceled when a soldier loses his life during the action. Its creator, Dr. Vincent MacIntyre (David Bradley), goes underground to continue developing the device, until detective Justin Blake and his partner Stone break into the syndicate to stop them. However, they are too late, and the new simulator is even deadlier than the first!

I am definitely going through a Jalal Merhi phase at the moment and I want cover all of his films on the site; so today is Expect to Die which also co-stars David Bradley in the role of the villain.

In the 90’s so many writers and filmmakers thought Virtual Reality was going to be the future of video games (and possibly the world) and then it sort of fizzled out and went away only returning over the past couple of years. This has made films like this seem awfully dated and quaint with almost laughable visuals.

Expect to Die would make for an awesome drunken double bill with another Jalal Merhi film called Expect No Mercy which co-stars Billy Blanks; apparently when using VR you shouldn’t expect anything good. Expect to Die is entertaining due to David Bradley as the evil computer genius who has no problem killing anyone he sees as a threat.

It’s all utterly preposterous but there are some fun fight scenes and also having Evan Lurie as a good cop is a refreshing change. It’s the usual 90 minute runtime and it’s all worth it for the sheer effort Bradley and Merhi put into the final fight which ends up having the pair of them rolling around in a real dirty puddle on a road. It looks really gross and I’m sure they both needed a tetanus shot by the end of it. Either way there is a sort of desperation to it all that makes it a decent fight.

There is the usual overly long and slightly awkward love scene too but it is at least relevant to the story and some nudity never goes amiss.

Overall, Expect to Die hasn’t aged all that well but it’s worth watching for David Bradley’s turn as a rather psychotic villain and a decent climactic showdown between him and Jalal Merhi.