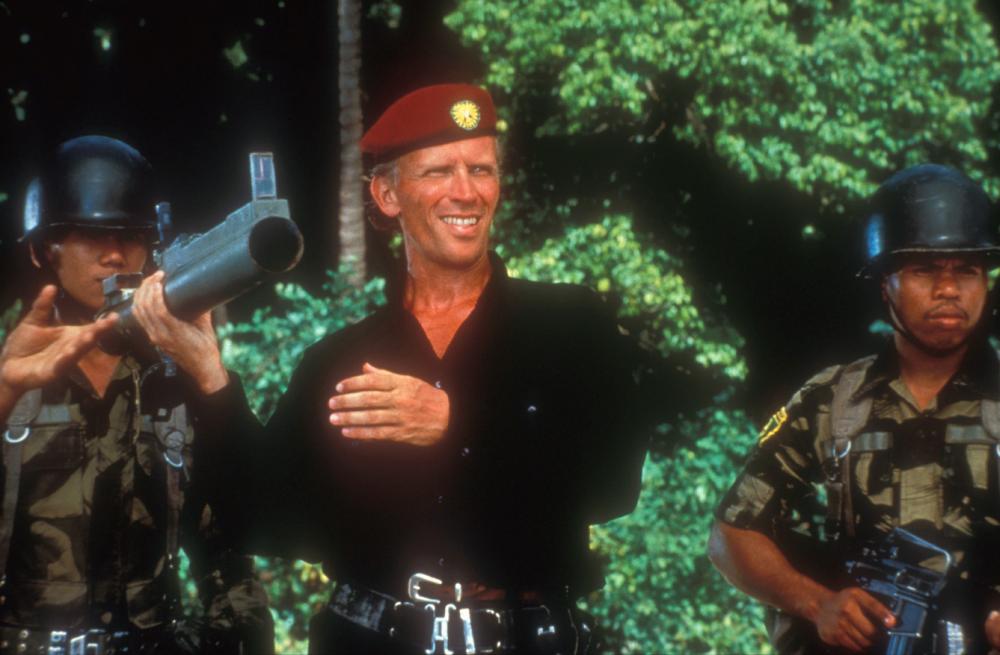 I remember watching this movie when it first came out way back in 1992; it starred Peter Weller (RoboCop) and Robert Hays (Airplane) as two bickering mercenaries that are hired by the CIA to overthrow a South East Asian dictator.

It’s from Cannon films and was actually a genuinely entertaining action comedy and our two leads are a really likable team.

The script isn’t quite as funny as I remember but it still provides a few laughs and the action scenes are well done. This was the good old days too so there were real explosions, shoot-outs and a suitably high bodycount.

The story (although predictable in parts) had a few surprises, namely killing off the love interest half way through which was a daring move but helped make the story believable.

Director Charles Martin Smith also had a major role as the CIA spook known as Martin Sprue who hires the two men to do their dirty work. I really liked the character of Sprue as you could tell that he had a good heart and wasn’t the usual CIA asshole we see in movies.

In an interesting tidbit Sylvester Stallone and Kurt Russell were in talks for this film with Stallone set to play Wyer, the Weller role, and Russell would have played Frenchy. Of course this didn’t happen but the two action legends did team up on Tango & Cash and although I loved it I can’t help thinking what they would have brought to this story.

Tango & Cash has the better script and is the movie I watch more often so I guess in the end they made the right choice.

It’s amazing what you find out on IMDB but apparently Chuck Norris and Michael Dudikoff were the first choices for this movie but Chuck Norris declined the lead role because he had made several action films in the jungle and wasn’t keen on spending months in another one to shoot this film. Understandable I guess and to be honest I really liked Weller and Hays.

This never got a major theatrical release so we rented out the VHS when it came out and it’s funny how I hadn’t watched it for over 20 years but I still remembered so much about it; when I watched it last night it felt like I just saw it yesterday so it obviously made an impression.

If you haven’t seen this movie I would try and track it down as it’s really entertaining with some cool action scenes and a fun duo in Weller and Hays.