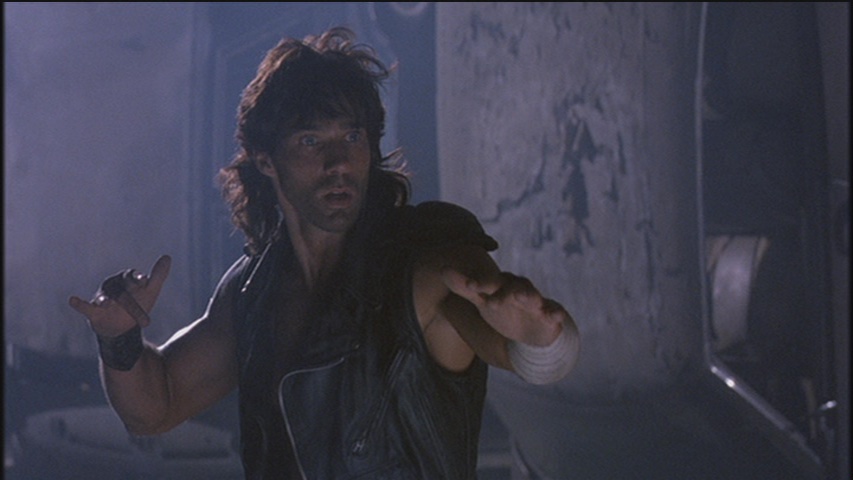 Revisiting Fist of the North Star (1995)

Fist of the North Star is based on the Japanese Manga comic of the same name (which I’ve never seen) with Gary Daniels playing Kenshirô and Costas Mandylor playing his nemesis Lord Shin.

The film loosely adapts the first story of the original manga and centers on Kenshirô, the lone master of the “North Star” martial arts school, who wanders the post-apocalyptic Earth in search of his nemesis Lord Shin, the man who killed his master and kidnapped his fiancée. Meanwhile, Shin rules as dictator of the city of the Southern Cross with his personal army known as the Crossmen, who are given orders to hunt down Kenshirô.

This is quite a surreal film but also one of Daniels more ambitious; you can tell it had a limited budget but the fight scenes alone make this worth watching with Daniels doing what he does best.

Costas Mandylor never disappoints as a villain and his climactic fight with Daniels is one of the many action highlights. The supporting cast is generally impressive including Chris Penn, Melvin Van Peebles and Malcolm McDowell. Penn’s character is rather unpleasant and creepy but his demise is satisfying.

Wait… is that Rufio from Hook? It is! Oh and he dies in this too.

This live action adaptation apparently downplays some of the gorier elements of the Manga (which now has me interested in watching it) but there are still plenty of brutal beatdowns.

The plot is quite incomprehensible at times but frankly I never really pay much attention to it; I just watch it to see Daniels kick ass and for that reason alone First of the North Star is entertaining.

I thought the music score was genuinely epic and was arguably my favourite aspect of the film as it really added a grander sense of adventure to an otherwise very low budget movie.

In an interview we had with Gary a few years ago he mentioned that this is one of the films he would have enjoyed doing a sequel to.

If you were to watch Fist of the North Star for the first time now you’d likely find it cheesy (it is) but that’s no bad thing as there is plenty of action and it’s one of Gary Daniels more intriguing projects.