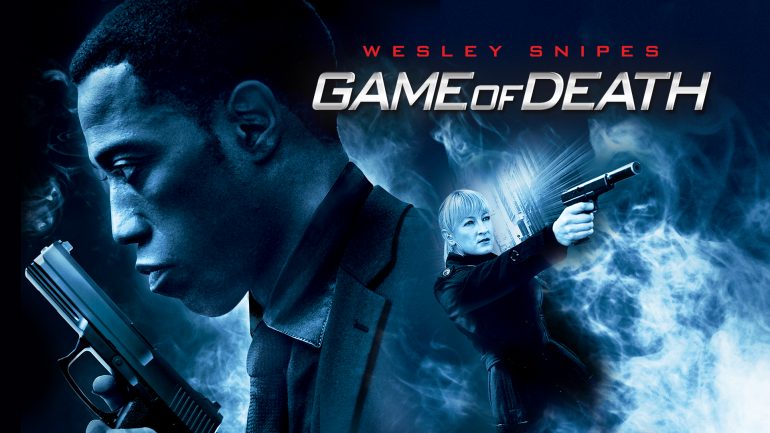 Plot: An assassination attempt is made on a diplomat, who survives and is rushed to hospital. The government agent assigned to protect him is convinced the hitmen responsible will try again, but as he prepares to fight them off, a nurse realises the situation is more complex than it first appeared.

It had been a couple of years since I last watched Game of Death and I forgot what a fantastic cast it has including Gary Daniels, Wesley Snipes, Robert Davi, Ernie Hudson and Zoe Bell.

It’s not exactly classic action cinema due to its limited budget but there are enough fights and shoot-outs to keep things moving.

What’s interesting is that (according to IMDb) legendary director Abel Ferrara was attached to it but apparently exited the project after a few weeks of shooting so it was taken over by Giorgio Serafini.

Wesley Snipes never phones in a performance but his character Marcus isn’t especially interesting or memorable. I like the faith aspect where he struggles with his past and sits with a priest (Hudson) confessing his sins which gives us a flashback into the main story of the film.

Gary Daniels is at his villainous best here playing an absolutely merciless bastard called Zander who just shoots anyone who gets in his way or is considered a witness. He at least spares Marcus’ life at one point but that’s the only time he shows any kind of mercy. It’s actually one of my favourite roles of his and he gets awesome dialogue like “fuckin’ A, indeed”.

It’s nice to see Zoë Bell in such a large role as Floria and she also does a decent American accent too although she does seem to be trying too hard to look mean.

There is the odd frustrating visual trickery going on which distracts from some of the action but it also already makes the film feel dated.

Keep your eyes open for Simon Rhee who has a small role as one of the agents; I wish he had more to do but it’s still cool to see him in it.

The real scene stealer for me here is Robert Davi who is almost too convincing as someone having a heart attack; he actually looks like he is suffering and is at times hard to watch so he did a good job there.

The final fight between Wesley and Gary is a little overly edited when the camera should just hold back and let us see these two badasses going at it but I couldn’t help but feel that its style is influenced by the Bourne franchise.

Overall, Game of Death is only 86 minutes and is never dull and the cast alone makes it worth checking out especially for Gary Daniels in fine villainous form as Zander; I feel its flaws are mostly due to budget restrictions.