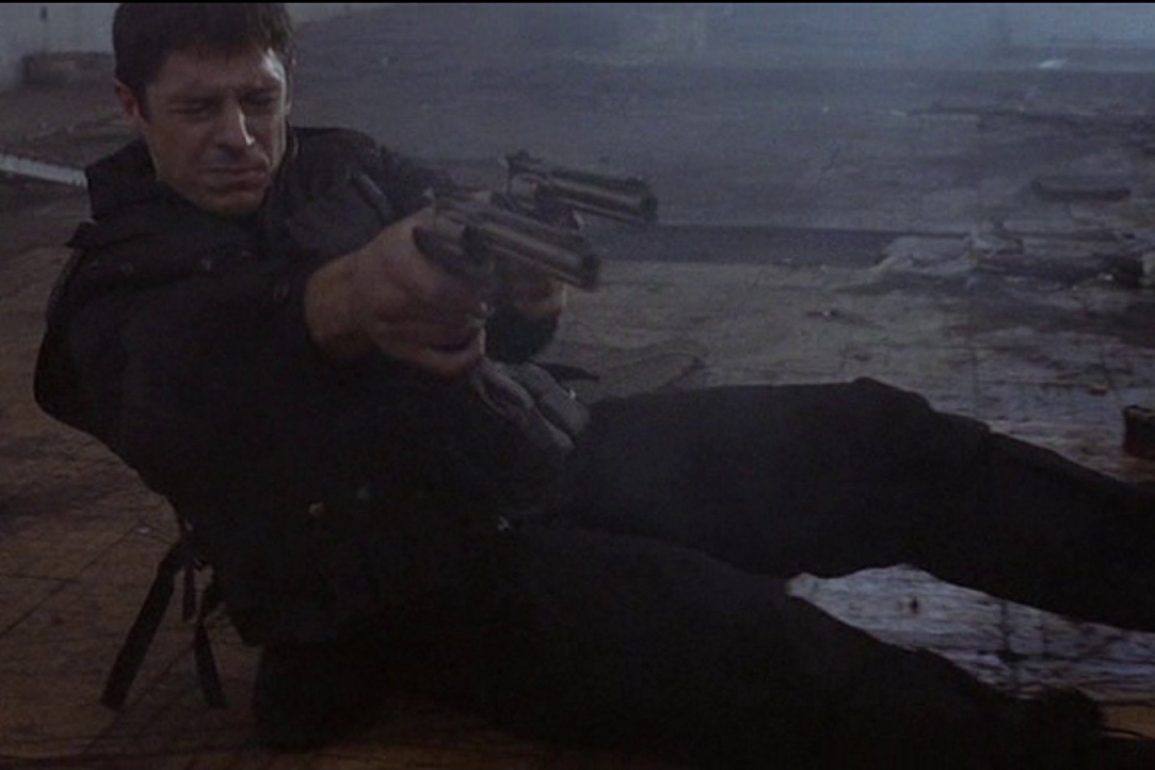 Plot: A.T.F. agent Nick Adams (David Bradley) goes undercover in a prison to unravel the mystery of a fellow agent’s death there. Warden Pike (Charles Napier) and his pet goons are involved in all kinds of corrupt activities; dope dealing and gun smuggling to name a few.

David Bradley stars in this kick ass 90’s prison movie, which is essentially the same as Death Warrant, except this arguably has better action. The first 10 minutes has some incredible action scenes and sets the tone early on.

Bradley runs along the tops of cars as they explode behind him and there is a clear influence by John Woo. There’s slo-mo and double gunplay galore and it’s rather spectacular, despite lacking some of the finesse of Woo.

Bradley is one of the better actors of the genre and he deserved to be a bigger star; he’s good at beating people up but he also gives a good performance too as an undercover cop in prison.

There is always a constant feeling of tension and dread in prison movies because of the impending violence which awaits around every corner and this movie is no different.

There is plenty of action too in the prison scenes, mostly hand-to-hand combat; although it never quite lives up to the promise of the opening 10 minutes, it’s still hugely entertaining.

Charles Napier is a nasty piece of work in this movie and he’s a real “Boo! Hiss!” villain; it does get a bit ridiculous at the end though with him running around with two Uzis at the end shouting “I will have order!” while shooting everyone… not very professional there, Warden.

The last 20 minutes has some great set-pieces as well with some first rate stunt-work during a fight in a helicopter over the city.

The music is rather dated sounding now but it’s a low budget movie so no big loss there.

Overall, despite being a bit too similar to Death Warrant, Hard Justice has some excellent action scenes and was massively entertaining.

The movie has an impressive Kill Count too and you can check out a video of all Bradley’s kills below: