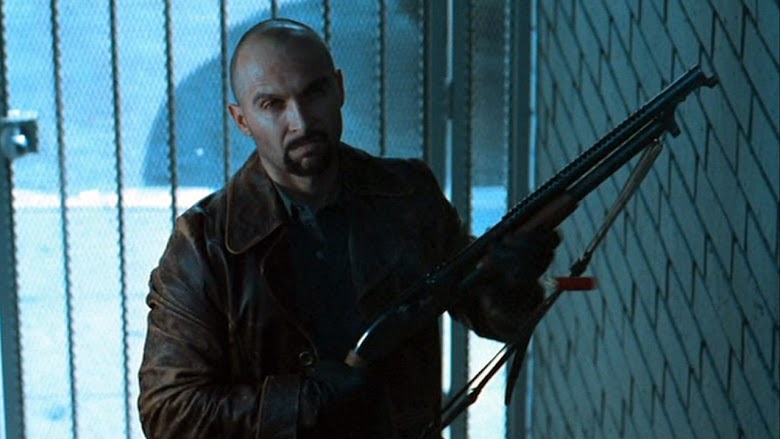 Plot: Jack Severino has no memory, all he knows is the brutal sport of Pit Fighting. When his past catches him up, he realizes he is not who he thought he was. For some men must fight for redemption.

As the release of Jesse Johnson’s latest actioner Hell Hath no Fury draws ever closer today it’s time to reflect on one of the director’s earliest pictures, Pit Fighter (not based on the videogame of the same name). It stars Johnson regular Dominiquie Vandenberg as Jack Severino, a fighter with no memory of who he really is.

His manager/partner Manolo (Scarface’s Steven Bauer) sees Jack as his ticket to the high life but when the local cartel boss tells him Jack must take a dive loyalties are questioned and a bloodbath ensues. Vandenberg is as magnetic as ever truly looking the part in the fight scenes and despite the slight runtime (86 minutes) it manages to give us characters to care about as well as a massive bodycount.

Jesse Johnson is proof that you don’t need a big budget to make a kick ass action picture and when Jack picks up the gun at the end to take out the trash it’s awesome stuff and the highlight of the entire picture.

We get an early role from Scott Adkins as Jack’s former friend Nathan who wants to remind him who he is but sadly he doesn’t get any major fight scenes but it’s still cool to see him; this is one of Stana Katic earlier roles and she plays Jack’s love interest Marianne and as you all know she would go on to find success in the TV series Castle opposite Nathan Fillion. Timothy V. Murphy also has a small role and you’ll know him from pretty much every other Jesse Johnson movie.

*Spoiler alert* It’s kind of downbeat and doesn’t leave you with much but it ends really the only way it could with Jack saving Marianne through his own sacrifice.

Overall, Pit Fighter may be super low budget but it has regular fight scenes and the bullet riddled finale should satisfy action fans; Dominique Vandenberg is as badass as always too.