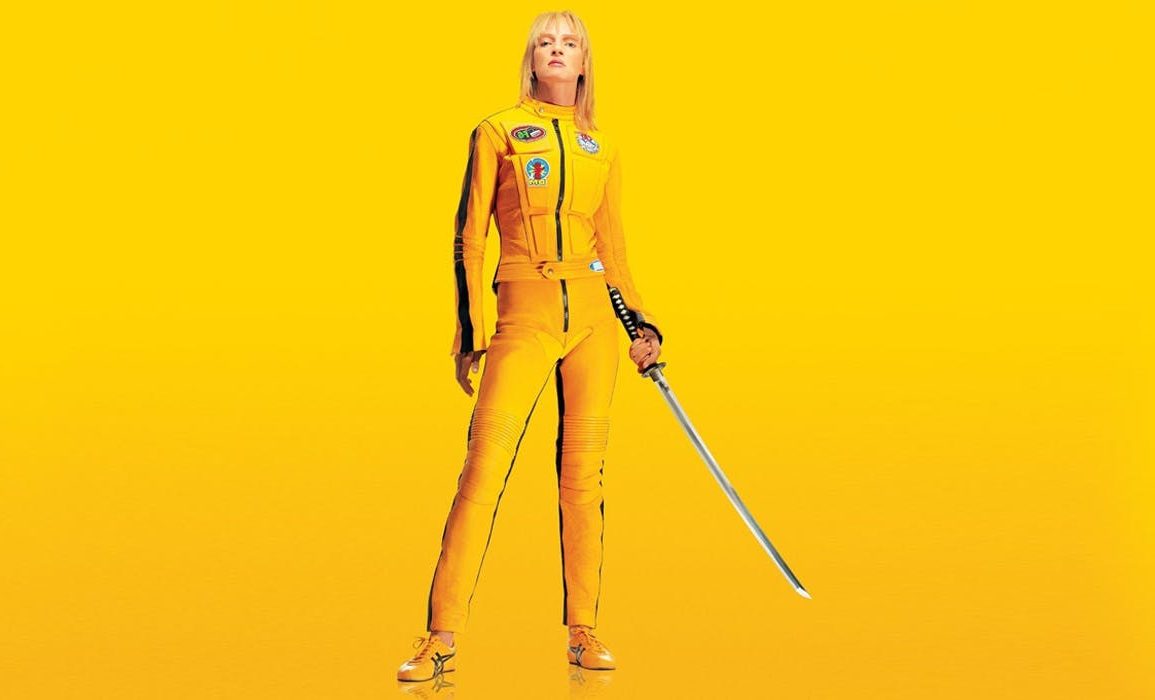 I recently gave a reappraisal of the Kill Bill movies on Blu-ray; for the record they are excellent quality; the picture and sound really are crystal clear. There are however, zero special features and not even scene selection.

I remember before the DVD’s came out, we were promised “the best DVD features you’ll ever see.” I’m still waiting for that after all these years.

So, on to Volume One. This was always the better of the two films in terms of action; the fight scenes really are fabulously shot and must have taken months to choreograph. Tarantino always was a master storyteller and you never have to worry about shaky cam in the fight scenes.

The opening fight scene between the Bride and Vernita Green is extremely brutal and you feel every kick and punch.

What I love about the violence in Tarantino’s movies is that there is no build up; it can happen so suddenly and therefore doesn’t lose its shock value.

When The Bride fights the Crazy 88, you will never see a more glorious amount of bloodshed and OTT violence. Blood spurts everywhere and limbs are lost regularly, so it’s not for the squeamish.

Vol. 1 is very much influenced by the classic martial arts films of the 70’s and also stars a legend of the genre (Sonny Chiba). There is even an Anime segment telling the violent tale of how O-Ren Ishii (Lucy Liu) becomes one of the world’s best assassins.

The first time I watched the film, I wasn’t a fan of the scene but after repeat viewings it really is very stylish. It also gets away with showing more disturbing violence which would probably be a bit too shocking for a commercial audience.

The music is very well suited to the film and the track “Battle without Honor or Humanity” is one of the coolest pieces of music you’ll ever hear. You really need to walk in slow motion to it.

Uma Thurman is one of the best action heroines of all time in these films; she’s sexy, believable, vulnerable and yet deadly.

In terms of flaws; I do feel that sometimes Tarantino tries to hard for the dialogue to be “cool” and it just doesn’t flow as well as it could. It doesn’t happen too often though so it hardly detracts from the film.

Overall, Kill Bill Volume 1 is a classic Martial Arts film and Tarantino’s finest film after Pulp Fiction. I still would like to see “The Whole Bloody Affair” on Blu Ray with some special features though.

Kill Bill Vol. 2 is a very different film from the first. Where Vol. 1 has lots of crazy action and fight scenes, there are a lot less in this one. There are plenty of scenes with people talking and generally trying to sound really hip, but the action is minimal.

This doesn’t make it a bad film by any means; it’s still very good. Vol. 2 really shows what an influence Sergio Leone was on Tarantino’s filmmaking style and he even uses elements of the score from The Good, The Bad & The Ugly. The scene when Bill first appears (in Black & White) and talks to The Bride is when the music is used.

The music in general is excellent in both of the Kill Bill movies and really adds to the atmosphere.

Where Vol. 1 references all of the old Martial Arts classics, Vol. 2 references the Spaghetti Westerns and feels like a modern version of one. Once again the acting is first rate; Uma is still on top form and Michael Madsen remains one of the coolest people on the planet.

His character is given quite a good back-story and it’s interesting to see how he has become a drunken, washed up loser since leaving Bill’s employ. You’d almost feel sympathy towards him, if he wasn’t a complete bastard.

Daryl Hannah gives the performance of her career as the evil Elle Driver who has one of the best chick fights ever with The Bride about half way through the film.

There are still some great martial arts in Vol. 2, especially The Bride’s training under “the cruel tutelage of Pai Mei” which is hilarious. I love how he keeps stroking his beard theatrically.

Vol. 2 does drag in places and you wonder if it was really necessary to split them into 2 films.

Bill’s talk at the end about the mythology of Superman feels tacked on and it’s like someone trying to be Tarantino. Yes Quentin, we know your dialogue is good… most of the time.

Like the first volume, it’s still extremely well shot and does engage for the most part.

Overall, not anywhere near as good as Vol. 1 for the simple reason that not as much happens, but it’s certainly enjoyable; more so if you’re a fan of Sergio Leone, which thankfully I am.