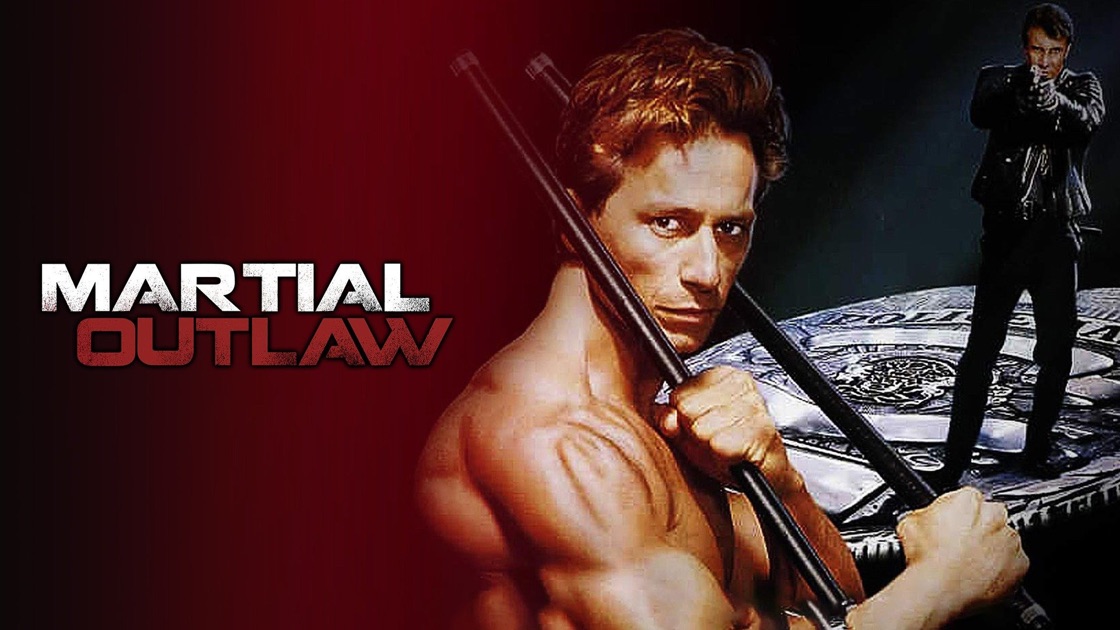 Plot: A DEA agent (Jeff Wincott) and his policeman brother (Gary Hudson) clash, as one enforces the law while the other breaks it.

Review: Martial Law is one of my personal favourite Jeff Wincott films not just in terms of action but the story too; I always love when brothers turn against each other in movies as it creates genuine drama on screen and Jeff Wincott’s brother in this movie (played by Gary Hudson) is a rotten egg from the start.

Hudson makes for an intimidating presence and you never really take to him as he goes more off the rails due to his greed and resentment towards his brother. DEA Agent Kevin White (Jeff) is a college boy done good but after he left Los Angeles his brother Jack could never live up to the golden boy Kevin was. His father is an alcoholic and he barely even speaks to his wife anymore so when Kevin shows up for a case Jack sabotages it and the family relationship sours even further.

Jack never appreciates what he has; he’s a cop with a beautiful wife, a nice house and good friends but for him it’s just not enough. It doesn’t take long before he is disloyal to his own brother as he executes a key witness in cold blood and decides to blackmail Russian gangster Nikolai Rachenko (Vladimir Skomarovsky) for a millions bucks.

Martial Outlaw has regular fight scenes with both Wincott and Hudson on top ass-kicking form and it moves along at a breakneck pace. The best fight scene is Jeff fighting the “Russian Circle” where a group of goons all crowd around him and he fights them all one by one. It’s up there with “The Gauntlet” fight scene in Mission of Justice but the restaurant brawl with the two brothers taking on a group of thugs is also a lot of fun.

As enjoyable as the fights are you can clearly see several hits not making contact and the sound effects are almost cartoonish but for me that just adds to the entertainment factor.

Nikolai Rachenko is a suitably hateful antagonist but really it’s Jack who is the real villain as his greed becomes his own undoing. Leo Lee appears like he does in every Wincott movie as a nameless street thug who foolishly tries to steal Kevin’s car; it does not end well for him.

Director Kurt Anderson made the majority of Wincott’s best films and knew exactly how to get the best from the cast, especially on such a limited budget. As awesome as Gary Hudson is as Jack I often wonder how much cooler it would have been to have Michael Wincott in the role as seeing two real life siblings in these roles would be awesome.

Overall, Martial Outlaw is one of Jeff Wincott’s most enjoyably action packed movies moving at breakneck pace with constant action but it’s the disintegrating relationship between the two brothers that makes this so entertaining.