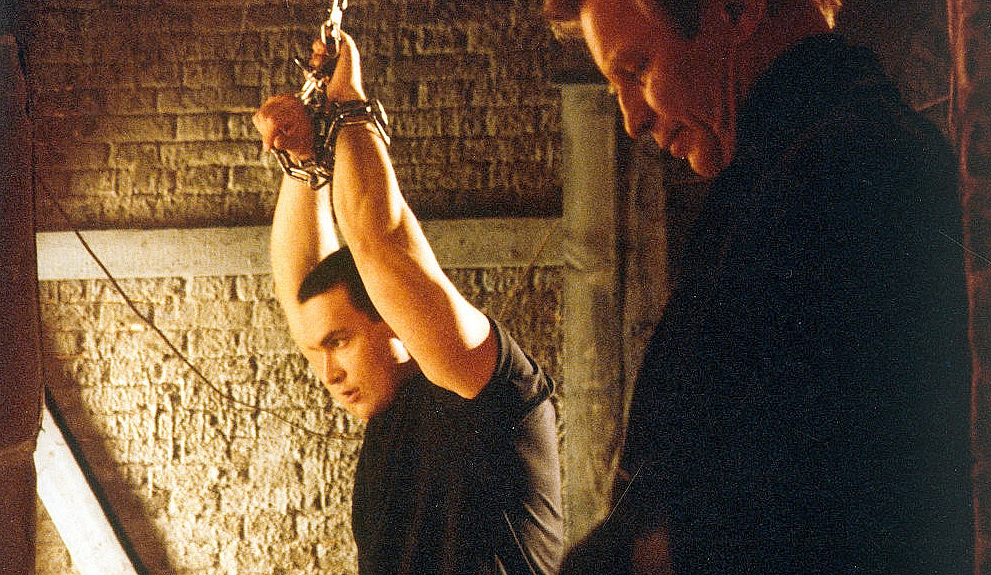 Plot: A detective encounters a black-market arms dealer in Russia while investigating his partner’s murder.

In Moscow Heat a retired diplomat and an LAPD detective seek justice, by pursuing a psychotic killer to Moscow. With the help of a Moscow police, they weave their way through labyrinth of the Russian underworld as time is running out.

Although this is very familiar in terms of story I like the idea that Moscow Heat is an unofficial sequel to Red Heat and every scene feels like a tribute to Arnold Schwarzenegger. Even the main antagonist (Richard Tyson) was the villain in Kindergarten Cop. Other references include a speedboat called Terminator and at the end Nevsky’s cop asks Chambers (York) if he knows Arnold Schwarzenegger.

Richard Tyson was born to play villains and he never needs to try to look menacing; Moscow Heat is arguably one of his nastiest turns with a few brutal torture scenes involving some painful looking implements.

Adrian Paul is only really a cameo getting killed off early which is a shame as he has great screen presence and was one of the highlights of the film.

Michael York is a strange choice for an action picture but somehow it works as he plays Chambers as a rather pathetic and desperate character with Nevsky providing the muscle; York will always be Basil Exposition from Austin Powers to me. Still, he adds some British class as Chambers trying to find justice for his murdered son.

In terms of action we get regular shoot outs and explosions with one of my favourites being when Nevsky walks onto a boat with two guns gunning down bad guys as bullets dance around him.

Some of the acting is a little wooden at times but it’s an action movie so it’s meant to be and that’s part of the charm; it’s no secret that I love low budget action pictures so the elements other reviewers dislike are what I enjoy.

I think people forget what a lot of movies were like back in the 80’s and 90’s and this feels just like them especially with its awesome electric guitar infused music score.

Overall, Moscow Heat doesn’t bring anything new to the genre but it has some fun set-pieces and awesome music making for a diverting and undemanding watch.