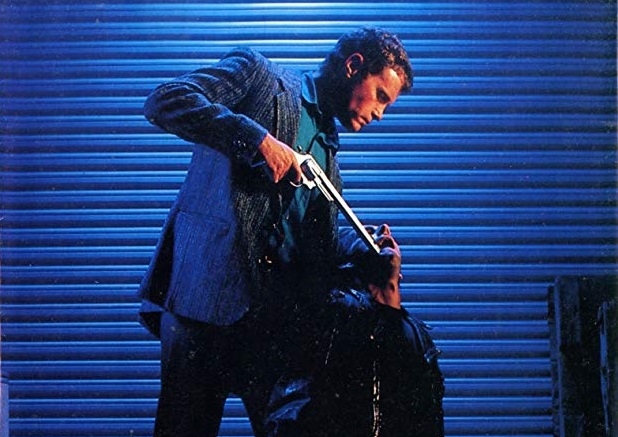 Plot: A cop tries to prevent a gang of extortionists from blowing up New York City with nitroglycerin.

I had never heard of this movie until it popped up on the streaming channel Tubi recently so I figured it sounded interesting and would check it out.

I’m not really sure why it is called Nightstick as our hero cop Jack Calhoun (Bruce Fairbairn) never actually uses one but I guess it’s just because it’s a weapon for cops. Personally, I think they should have just called the movie Calhoun which would have worked fine.

This was apparently a TV movie so it never gets overly graphic in terms of violence or bad language but it still manages to have that down and dirty vibe and it feels more like it comes from the 70’s rather than the 80s. There are seedy bars, hookers, criminals and a rape scene (which we thankfully don’t see) but it reminds you of what a dangerous place New York was back then which made for some great films.

Calhoun is a lone cop who does things his own way but he isn’t a one man army type and Bruce Fairbairn makes him feel authentic. It’s too bad he didn’t go on to become a bigger star but he had a steady carer in television up until 2000 but there isn’t anything on IMDB after that. 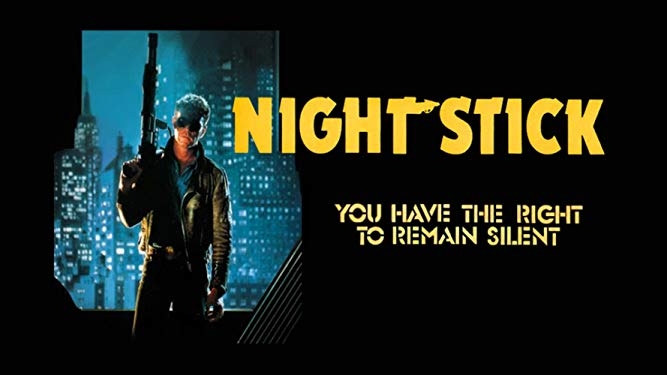 The bad guys are suitably nasty but a scene after one of them is killed has them sobbing over the death of their brother which made them more human rather than your typical generic villains. The dialogue and performances are generally strong with little in the way of humour but there are a few lighter moments.

Nightstick has an interesting supporting cast too including Robert Vaughn and Leslie Nielsen. Vaughn is cast as the unhelpful bureaucrat asshole which he could always play with ease and it’s nice to see Nielsen in a completely serious role (although he did plenty in his career).

The film is well paced and the action more low key as this is a cop thriller rather than a big action picture but it keeps you engaged until the satisfying finale.

I didn’t particularly like the music score which was overly intrusive and loud at times sounding like it belonged in another movie.

Overall, if you have access to Tubi then you maybe want to check out Nightstick as it’s a gritty action thriller with a cool protagonist and an engaging story; well worth checking out.