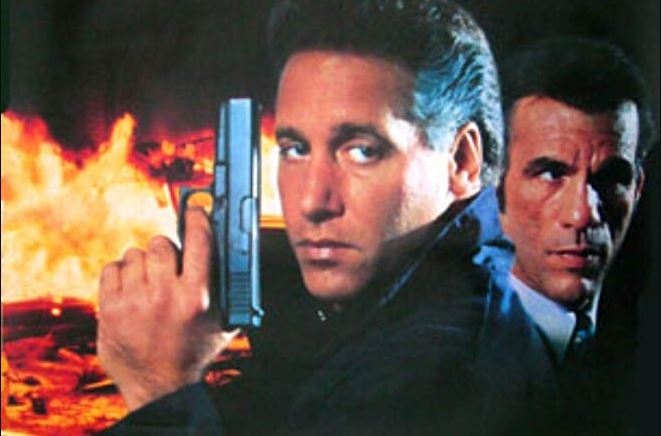 Revisiting No Contest (1995) with Shannon Tweed

Every few weeks in the 90’s there was a new Die Hard clone and No Contest was one of them; it was set during a beauty pageant starring Shannon Tweed, Roddy Piper, Robert Davi and Andrew Dice Clay.

Clay takes over a hotel during a beauty pageant taking several contestants hostage since one of them is a rich senator’s daughter.

It’s pretty B grade stuff and even at one point during the swimming pool scene our friend Mr. Boom Mic makes a cameo appearance which is amazing. It only adds to the entertainment value and No Contest also has a high bodycount using a ton of glorious squibs.

The most interesting aspect of this movie is Shannon Tweed as our heroine; this was during a period when there were rarely female leads in Western action movies so it is refreshing to see Tweed kicking ass. Her character Sharon Bell is the host of a beauty pageant but also previously starred in some action movies so she has some fighting skills. They forgot to actually give Sharon much in the way of personality and we barely even know she is the lead until about 20 minutes into it. She is given little development but Tweed does the best with what she’s given.

I liked how she is actually upset when she first kills someone; she doesn’t know how to use a gun properly so she isn’t an invincible badass but is genuinely terrified which makes it more believable.

Robert Davi is in rare hero mode and he is basically in the movie because I sense the studio needed to have a male lead to sell the movie as Tweed was conspicuous by her absence on the majority of the movie’s posters.

Andrew Dice Clay chews the scenery as the villain Oz, aka Raymond Ulysses Brice and he’s a nasty piece of work; he’s no Hans Gruber but he is still formidable enough and is the type of bad guy who kills his own men when they fail.

Roddy Piper steals the show as a villain and he was suitably menacing; I still miss seeing him in movies today (RIP).

No Contest kicks off quickly and isn’t short of action with fights and explosions occurring on a regular basis; it is of course utterly ridiculous but all the best action movies are and it also has some fabulously cheesy one-liners like “you shouldn’t hit a woman!” – “I hit everyone equally” which was the best one.

Overall, No Contest may be a low rent Die Hard knock off but the game cast and regular action scenes make it worth checking out. It’s also cool to see a kick ass female lead in this type of movie as it was not something we got to see often back then.