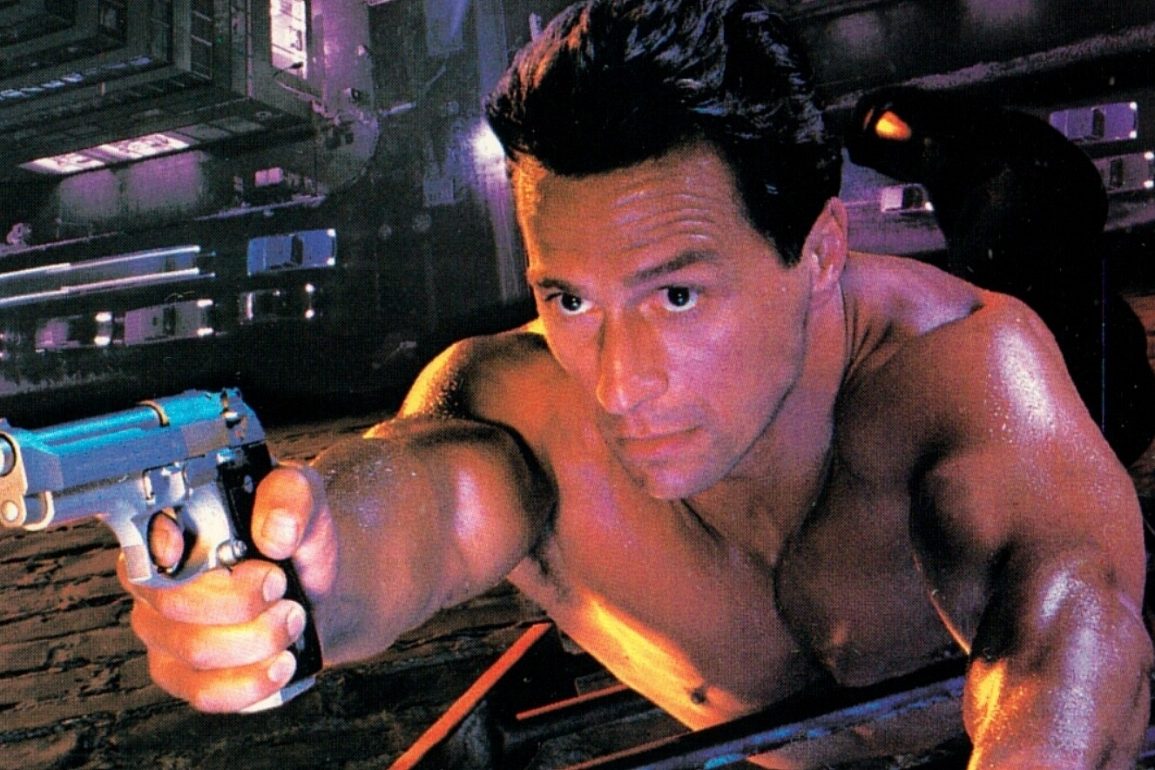 Plot: An ex-FBI agent (Jeff Wincott) takes on mercenaries threatening to fill the air over Los Angeles with nerve gas.

Review: Kurt Anderson was definitely the go-to director for straight to video classics like this, Martial Law II, Bounty Tracker and Mission of Justice. He worked with Jeff Wincott regularly and made some really entertaining, low budget actioners.

Open Fire is a Die Hard scenario where Patrick Kilpatrick’s (Death Warrant) antagonist Kruger (a released convict) and his goons take over a power plant and hold hostages so they can orchestrate a plan to make off with some diamonds and live happily ever after. The only problem for them is one of the hostages happens to be McNeil’s (Jeff Wincott) father played by Lee De Broux (Robocop) so you know the villain’s plans will not be entirely successful.

McNeil is a former FBI agent now playing a totally ripped construction worker haunted by the death of his partner which he feels responsible for. When he hears that his father has been taken hostage this is his chance for redemption so he heads into the power plant to save the day.

What ensues is an hour and a half of Wincott beating up bad guys and Kilpatrick being evil; he is always a great villain and was clearly having fun in this role. It’s also very much open for a sequel which we sadly never got. Kruger coming back for vengeance could have been rather awesome but it wasn’t meant to be.

Wincott movie regular Leo Lee shows up as Kruger’s henchman Nakata and as expected he has an entertaining throwdown with Jeff and doesn’t come out on the winning team.

Some of the acting from the supporting cast is a little dodgy but Wincott and Kilpatrick elevate this to a massively entertaining and well paced B- movie. It also has a few one-liners delivered by Wincott which is another point in its favour.

In terms of action there is a wicked bar fight earlier on which as we know is necessary for any classic action picture. Wincott really had the moves back then and there are some great sound effects any time he punches and kicks his way through the enemy. There are regular fight scenes and very few bad guys will walk away from this with any nice memories but they, that’s the life they chose.

Overall, Open Fire is a pretty derivative but entertaining Die Hard clone with Wincott and Kilpatrick making for a great hero and villain; it’s too bad the sequel never happened as it could have involved Kruger taking his revenge on McNeil and pushing him to the edge in a Die Hard with a Vengeance or 12 Rounds fashion.