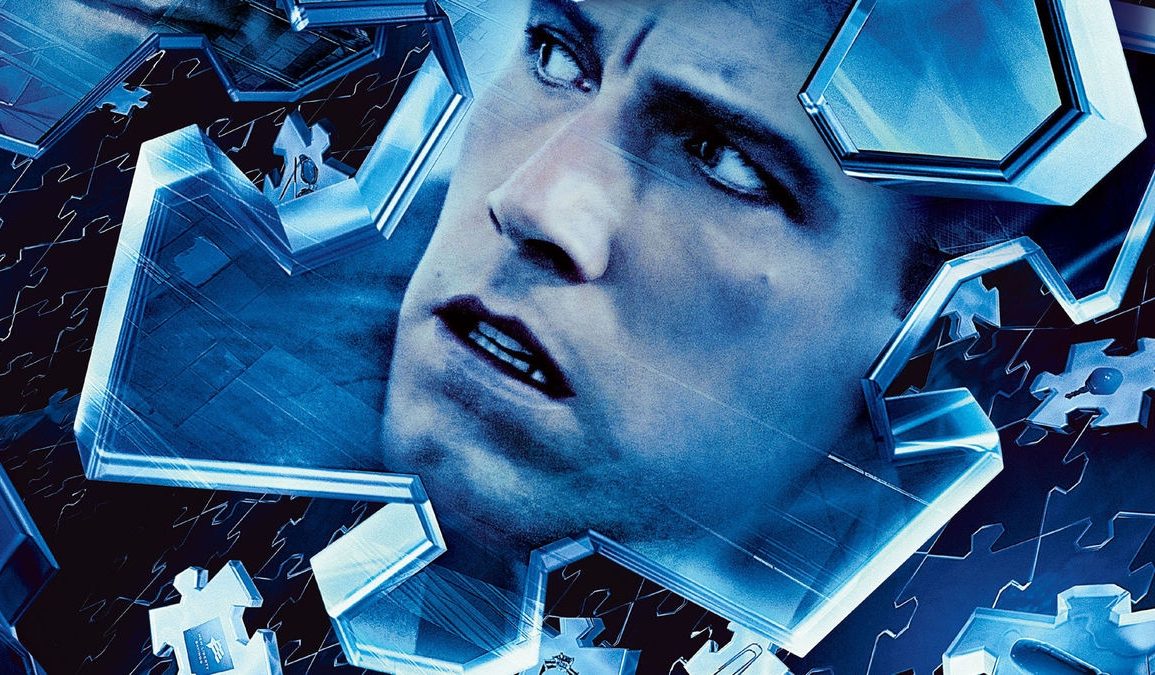 Plot: What seemed like a breezy idea for an engineer to net him millions of dollars, leaves him on the run for his life and piecing together why he’s being chased.

Paycheck was John Woo’s final big Hollywood movie and it’s one that very few people still talk about. I admit I only watched it once in the theatre back in 2003 so after picking up the DVD recently I thought I would revisit it.

I remember at the time thinking it was an entertaining sci-fi action feature but not really one of John Woo’s finest hours and I tend to still think that.

Inspired by Philip K. Dick’s short story of the same name Paycheck is a little different from the novelette however, it still very much feels like his story. It’s sort of a crossover between Minority Report and Total Recall exploring themes of how valueless money can be and how it’s really the little things that matter. Where it’s similar to Total Recall is that we’ve got a protagonist (Ben Affleck), who has his memories erased from the past 3 years, so he questions his reality unsure of what is real or not. Then where it’s similar to Minority Report it asks what if we could see the future? Would it remove hope from our lives? Would it result in war?

It’s all very philosophical stuff but like Total Recall it doesn’t dig too deeply into it and gives us a slam bang action picture instead and I don’t have any problem with that.

People are always very hard on Ben Affleck but I like him on screen and his protagonist Jennings is sympathetic from the start so we are always on his side. I like stories of former friends who become enemies and you can’t go wrong having an actor like Aron Eckhart as the villain Jimmy who offers Jennings nearly $100 million to build a machine that can see the future. When Jennings discovers what will happen after he builds it he turns against Jimmy knowing that he isn’t going to do anything good with that power.

So Jennings goes on the run with Jimmy and his men in pursuit. One of my favourite underrated Canadian actors Colm Feore plays lead henchman Mr. Wolfe and he’s always a welcome addition to the cast of any movie. He is great at playing a bad guy and looking evil so he’s arguably the most hateful character in this tale.

What a supporting cast this movie has as well; we’ve got Michael C. Hall (Dexter), Joe Morton (Terminator 2), Uma Thurman, Paul Giamatti and Ivana Milicevic (Banshee). Everyone looks very stylish in their fancy suits and perfect hair, but Uma Thurman has rarely looked better and her character Rachel is incredibly appealing.

On a random note I’ve mentioned before that so many of the cast from this movie have been involved with Batman films with Affleck himself portraying The Dark Knight, Eckhart playing Harvey Dent/Two-Face, Uma Thurman playing Poison Ivy, Colm Feore as Dr. Francis Dulmacher in Gotham, Michael C. Hall was Batman / Kirk Langstrom in Justice League: Gods and Monsters and Joe Morton showed up in Justice League so it’s almost a who’s who of future DC stars.

But I digress, Paycheck is a little confusing and to be honest there are still some elements I just don’t get but you don’t really need to as it’s just an excuse for some epic John Woo flavoured action scenes. I do feel it is a little toned down especially in terms of violence so it’s one of the least bloody but there is still a high bodycount as well as some amazing stunts.

The DVD has a few deleted scenes which really added nothing to the movie but the alternate ending I find was far superior to the rather cringe-inducing one we got in the theatrical cut.

There’s very little dialogue that stands out in the movie but as it’s a John Woo joint then we’re here for the action and in that respect, it delivers the goods.

It’s a little too long and never reaches the heights of say Face/Off, Hard Target or Hard Boiled but it still has plenty of style and unnecessary slow-motion (with a side order of doves).

John Powell’s score is adequate but there’s nothing all that memorable about it and it’s not one I would listen to outside of the movie.

Overall, Paycheck has an impressive cast and some incredible stunt work with no shortage of action set-pieces. It’s not a film I’m in a rush to watch again but if you’ve got a spare few hours you could do a lot worse.