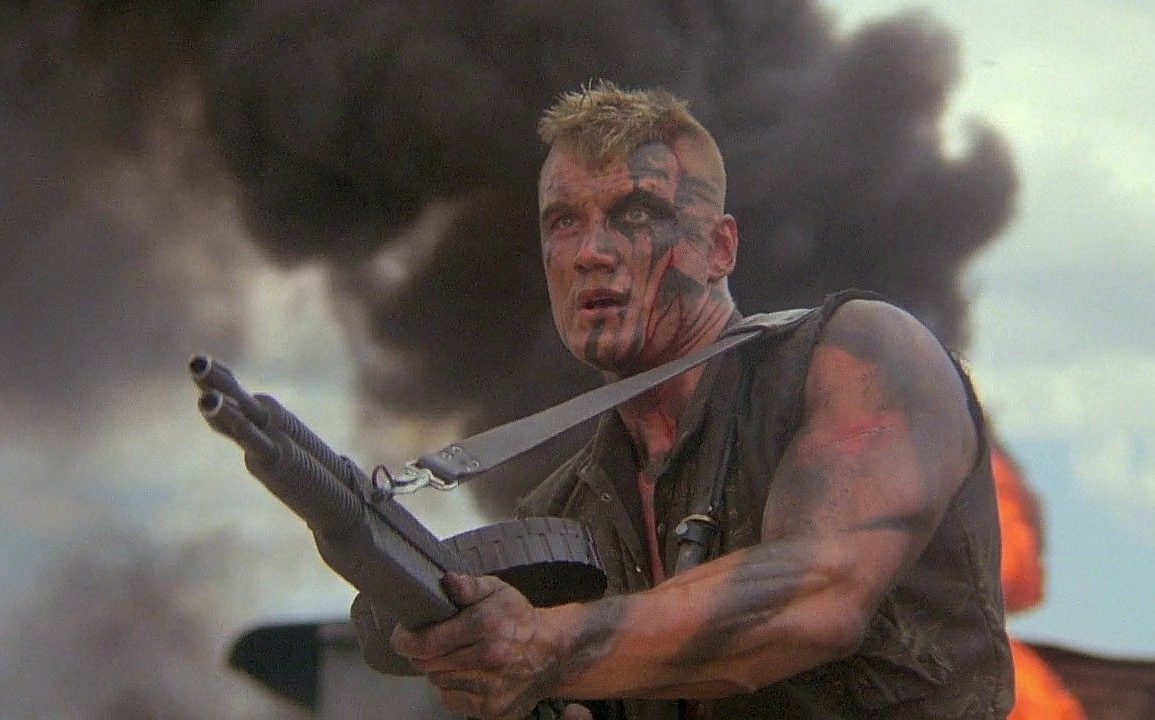 Plot: A Soviet Special Forces soldier is sent on a mission to infiltrate an African rebel army and assassinate its leader, but the war machine they trained starts to think for himself.

Released in the US on this day back in 1989 Red Scorpion remains one of Dolph Lundgren’s best movies. Not only does it deliver an explosive finale but it actually had a really good story and characters to boot.

Dolph always says he likes to play interesting characters and Nikolai is easily one of his best roles; he does have the odd one-liner but he doesn’t really need to say much. He’s a trained killing machine who develops a conscience and he is very effective at portraying this role. You don’t really know what Nikolai is thinking or which way the story is going which is why it still holds up today.

The film isn’t all non-stop action; it actually gives the characters time to breathe and Nikolai goes through a lot of physical & emotional torment before realizing he’s playing for the wrong team. It may be a little slow in the mid section it never bothered me as it was all about the character development and story.

The acting in general is better than you’d maybe expect and I think this is one of the best written 80’s action movies; Dolph Lundgren also did a lot of his own stunts including jumping from the motorbike to a truck.

The score by Jay Chattaway was excellent and there are some great heroic cues, especially in the track “The Battle” which is one of the many highlights.

You can never go wrong with M. Emmet Walsh who plays Dewey Ferguson and teaches Nikolai important dialogue like “Fuckin’ A” which I still say people don’t say enough anymore.

I only found out recently (thanks to IMDB) that the filmmakers used a real bushmen tribe and Regopstaan was their 95 years old leader who only agreed to play in the movie if his tribe can follow him everywhere.

In the final 15 minutes, Nikolai essentially becomes Rambo and we get the blissful one man army segment, which is always satisfying. The action is (for the most part) more realistic than other movies of the era, where our protagonist actually does get injured and isn’t invincible.

Overall, Red Scorpion is one of Dolph Lundgren’s most entertaining movies with an engaging story and memorable characters all leading up to a satisfyingly bloody finale.