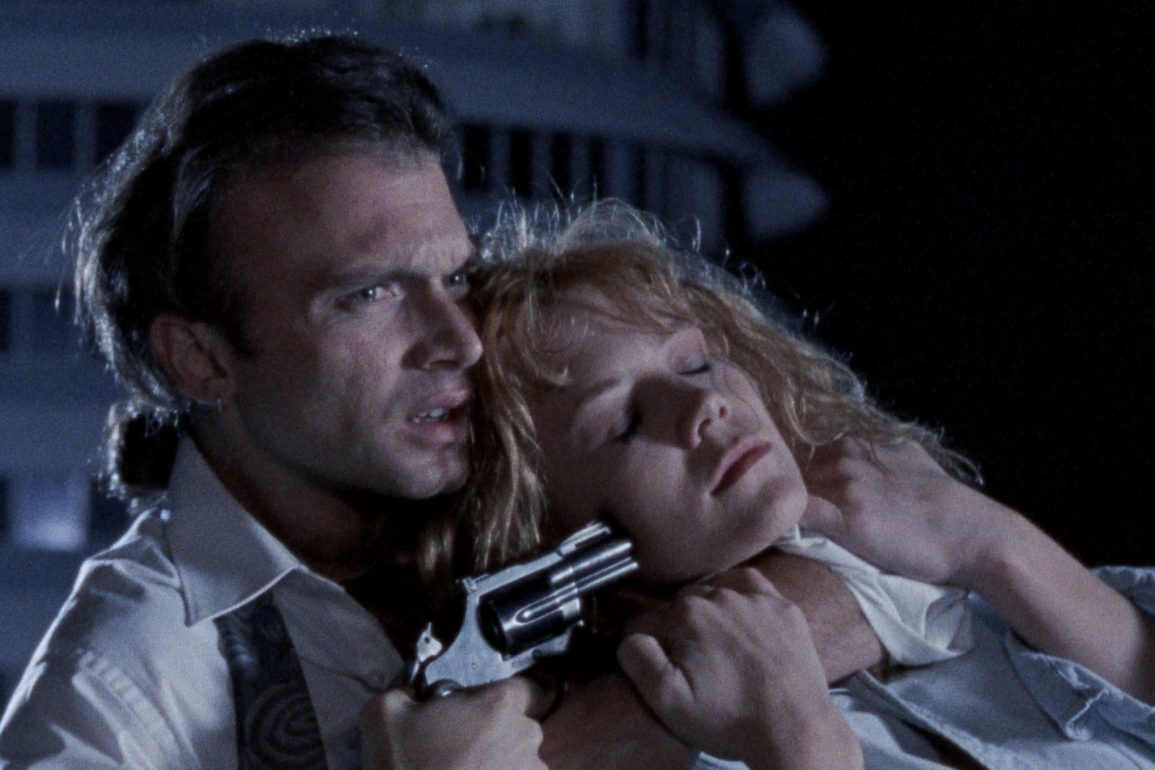 Plot: When Gaily Morton (Clare Wren) presses rape charges against slimy Danny Emerson (Michael Cerveris), he gets off because his friends lie for him. Gaily is so distraught she commits suicide, while Danny makes his buddies rich by including them in shady real estate deals. He’s all but forgotten the rape until his friends start turning up dead. The investigating officer (David Naughton) suspects Danny himself, but his girlfriend, Alison (Stacy Haiduk), is positive it’s the work of a cyborg.

I remember watching Steel & Lace on TV way back in the 90’s and that was the only time I had seen it until recently. Even though I had only seen it once it stuck with me mostly due to some of the imaginative and gory kills.

I enjoy a good revenge picture and despite coming out in 1991 Steel & Lace almost has a 70’s/80’s grit to it as it is at its core a rape/revenge movie. Thankfully we don’t see any rape and we never need to; this is more about the emotional impact it had on the victim Gaily Morton (Clare Wren); after her attackers get away with it Gaily takes her own life by jumping off the roof of a building.

Fast forward 5 years and Gaily’s attackers start getting dispatched one by one in gruesome ways but Gaily is dead… isn’t she? Well, she is but her brother Albert (Bruce Davison) could never get over the loss of his sister so (as we all tend to do after trauma) he builds a cyborg version of Gaily and targets her attackers for revenge.

Steel & Lace is only 90 minutes long and moves quickly mixing in horror, action and sci-fi to mostly positive effect. A highlight is when cyborg Gaily lifts up one of her victims and holds his head into some rotating helicopter blades guaranteeing Tylenol will be of no use to him.

The main villain Danny is especially smug and hateful so you can’t wait for him to get his just desserts which he does in spades (spoiler alert) when he is set on fire and falls off a building in some truly poetic justice.

The acting is better than you’d expect with a tale like this and the practical effects are still gruesome too; I knew I would enjoy the movie as soon as I saw the opening title font which is pure nostalgia for me (see below). 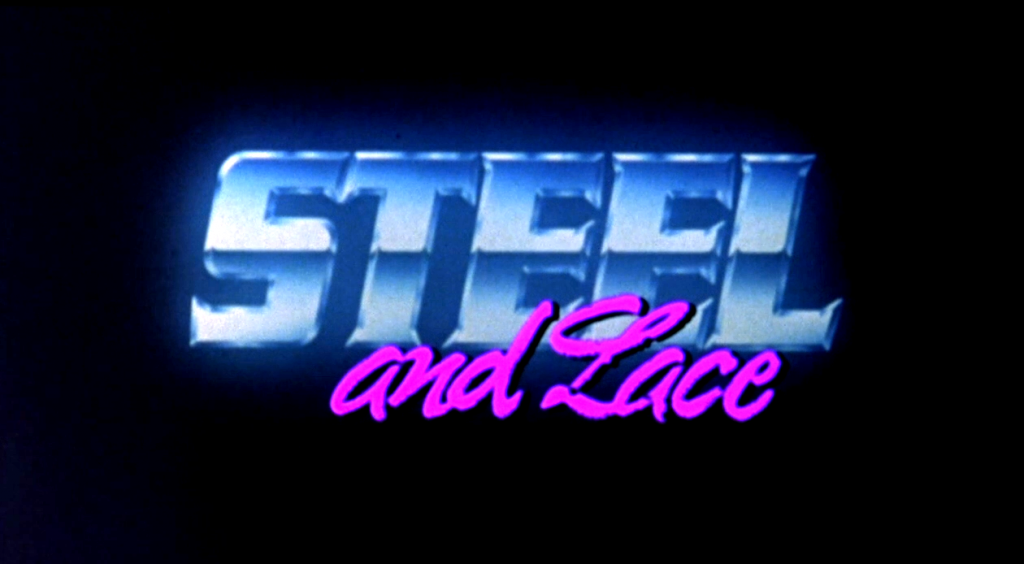 Overall, Steel & Lace may sound like a silly concept (and it is) but it’s executed surprisingly well with villains you can despise and some satisfying kills so it’s worth checking out if you like this kind of movie.