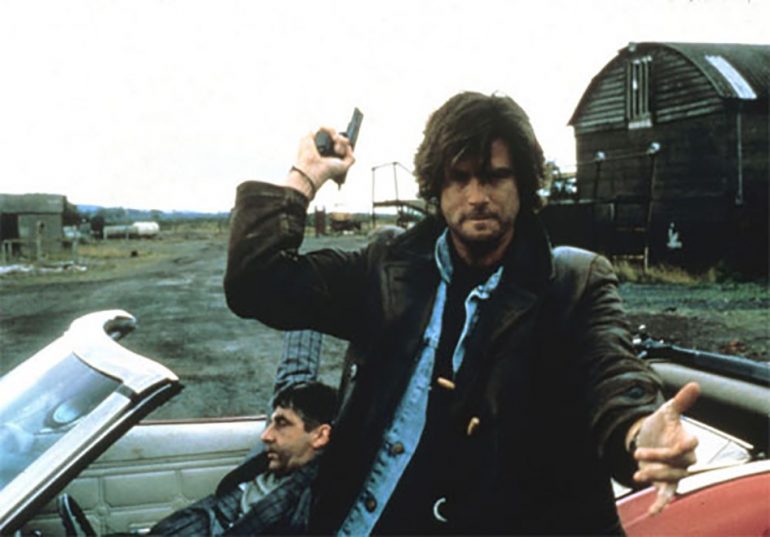 Plot: Cutthroat developers are intent on building a chemical plant in an Irish town, and they’ll use any means necessary to silence their opponents. In need of more help than the law can provide, the town’s citizens turn to Mark Taffin (Pierce Brosnan), a debt collector and martial-arts expert who’s accustomed to getting his way. As Taffin battles against corporate goons and hired thugs, it’s clear he’s a force to be reckoned with. But is one man enough to win the battle?

Pierce Brosnan stars in this rather awesome Ireland-set action picture; I absolutely adore this movie as it gets me emotionally involved every time. The fact I’m Irish probably has something to do with it but I love that an action movie is set in small-town Ireland (filmed in Wicklow).

The antagonists are truly hateful (as most property developers are) but their bullying henchmen led by Conway (Jim Bartley) are believable as I think we’ve all dealt with people like them before.

Pierce is tough but likeable as Taffin and it’s a shame the two sequel novels never became films as he’s a fun character. Despite mostly being well cast it’s a rare occasion you would accuse Pierce Brosnan of over-acting, but I think it’s safe to say that he is guilty of it in one particularly scene in this movie. I’ll just post it below and say no more about it…

The gorgeous Alison Doody stars as Taffin’s love interest Charlotte and although she was born in Dublin her accent is a little off at times but she is very appealing as character and frankly puts up with a lot of Taffin’s shit.

Did anyone notice both Dermot (Father Ted Crilly) Morgan and Frank (Father Jack Hackett) Kelly were in this? Father Ted was in an action movie!

So what of the action? Well we’ve got regular fistfights and the showdown between Taffin and Conway is profoundly gratifying but we also get some explosions and more. The DVD cover describes Taffin as a one man army which is a bit of an exaggeration but he still totally badass.

The music score is by some guy called Hans Zimmer (yeah I’ve never heard of him either!) who would go on to become one of the greatest film composers of all time; the music isn’t all that interesting but there are early hints of Zimmer’s style and it works just fine.

Overall, Taffin is a fun little action movie with numerous fights and Pierce Brosnan for the most part being a badass. He overacts horribly in that one scene but that’s part of the enjoyment.