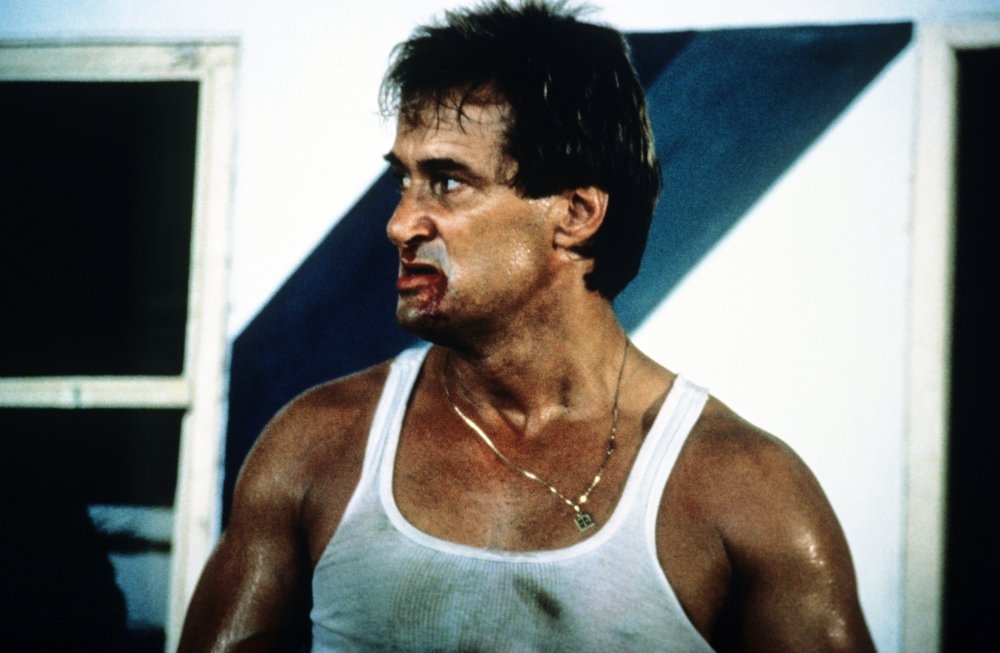 Plot: Ryan Travers (Richard Norton) has just been released from a prison in Bangkok, Thailand, after serving a five-year sentence for murder. His parents, running an antique shop in the area while waiting for their son to be released, are killed in an explosion perpetrated by the local mob after refusing to pay protection money. Ryan’s news go from bad to worse when he learns his sister Katie (Erica Van Wagener) is seriously ill and will need an operation. With only a dead end job at a construction site after his release, Ryan learns about a local underground fight ring and decides to enter to raise the money for his sister’s medical fees and search for vengeance.

Richard Norton stars in this classic fight flick from 1989 and his character Ryan is kind of an unsympathetic dick who can’t seem to stay out of trouble; he lacks discipline and it’s only when his sister is diagnosed with an illness that he steps up to do the right thing and agrees to be trained by a local master to become the ultimate fighter.

For some reason everyone keeps referring to him as “The Yank” or “The American” despite the fact he is clearly Australian and doesn’t even try an accent. It doesn’t matter though as this is low budget fare with generally dodgy performances from the majority of the cast. Norton is fine in the role and makes the best of it but it’s the fight scenes which are the main selling point especially the final showdown between Ryan and Jet (Benny Urquidez). Both have done better though especially with Jackie Chan and Sammo Hung respectively.

The fights in the first half of the film will hardly blow you away but there’s something appealing about it all anyway mostly because I just love films like this. You know it’s not going to be Oscar worthy but there are brawls every few minutes and it has a rather cool electric guitar music score which is always a major selling point for me.

Overall, there’s not really much else to say about The Fighter/Kick Fighter; it’s B-grade material but it’s the kind of movie I enjoy wasting my life watching and if you’re on this site then I bet you do too. Richard Norton is always entertaining to watch and although the fights aren’t exactly breathtaking they are at least frequent keeping the pacing relatively quick.