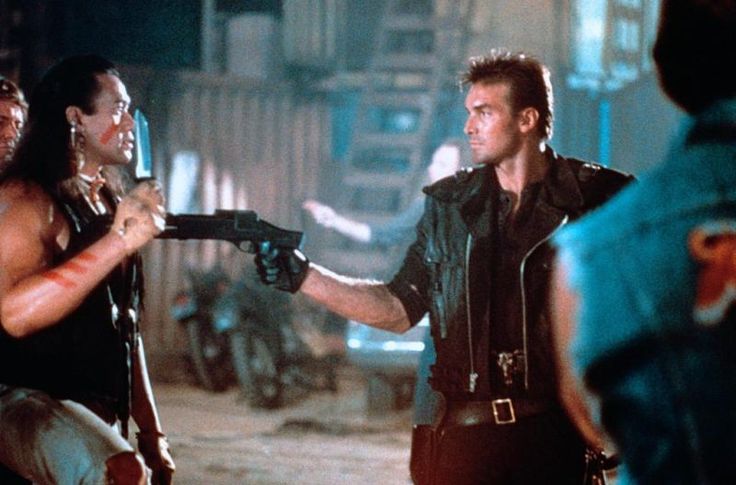 Plot: The Highwayman is an American action-adventure themed television series starring Sam J. Jones, set in “the near future.” It was created by Glen A. Larson and Douglas Heyes. The pilot aired in September 1987, and was followed by a short-lived series of nine episodes, with significant changes to the cast and format, that ran from March until May 1988. It was summed up by many reviewers as a cross between Mad Max and Knight Rider.

There is a world, just beyond now, where reality runs a razor thin seam between fact and possibility; where the laws of the present collide with the crimes of tomorrow. Patrolling these vast outlands is a new breed of lawman, guarding the fringes of society’s frontiers, they are known simply as ‘Highwaymen’… and this is their story…

I’m going through a Glen A. Larson phase right now and next up on my 80’s action show nostalgia trip is the Mad Max inspired The Highwayman, another short-lived series that only lasted 9 episodes.

Although I really enjoyed this series I can understand why it was cancelled as it seemed to work better as a concept rather than in the execution but there were some awesome ideas.

First of all, this show has maybe the best truck ever put on film, driven by a Government Marshall known only as The Highwayman (Sam Jones). Now, this truck isn’t a normal truck, it has a helicopter built into the cockpit which is one of the coolest things I’ve ever seen. 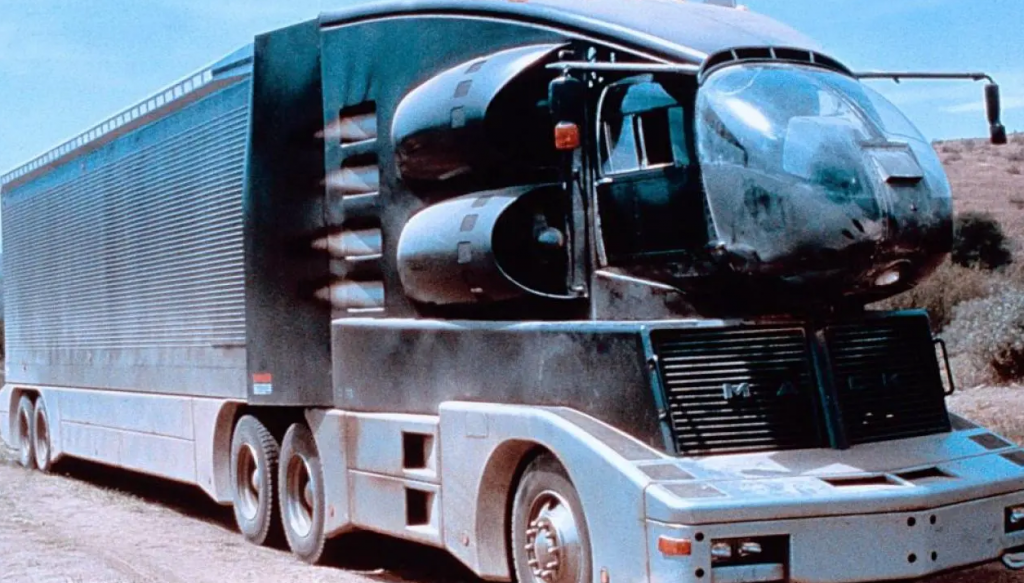 Sam Jones is well cast as the mysterious do-gooder who drives around in this massive truck (not really sure why as he rarely has any cargo) taking down bad guys and having helicopter dogfights.

The pilot episode takes a little while to get going but it has a great cast that includes Roddy Piper, Branscombe Richmond, Michael Berryman and Jimmy Smits. They play former heroes who have fallen on hard times so Highway (as he’s known) eventually helps them out to redeem their names. In terms of action we get the helicopter coming out of the truck and then blowing up a bunch of police cars and that alone makes this must-see television but we also get a few shoot-outs too.

Claudia Christian only appears in the pilot as Dawn who gives Highway his missions and is essentially his boss; it’s a shame she didn’t come back as she was one of my favourite characters.

After the pilot they sadly made a few casting changes which I think is what killed the show. Whoever thought bringing in Jetto (Mark ‘Jacko’ Jackson) as one of the main characters should be sentenced to an eternity in the Phantom Zone; he is loud, obnoxious and totally ruined the show. He was by no means an actor so he basically just shouts every line of dialogue; I could have tolerated him if he only had a small role showing up every so often but he basically became the main character constantly working alongside Highway. He does at least have an awesome Lotus Esprit which comes with his truck which is an added bonus. Other new cast members included Jane Badler as Highway’s boss (who is less interesting than Claudia) Tania Winthrop and Tim Russ as D.C. Montana.

When we do get action it’s quite spectacular and has a decent sense of scale; any time the helicopter comes out of the truck is an obvious highlight. Highway also has a huge gun that he uses to blow people away; unlike the A-Team people actually get killed in this show which was rare for this time period.

In practically every episode Highway ends up in jail (or rescuing someone from it) but it’s rarely as exciting as it should be and goes for more outlandish storylines than you’d expect like going back in time, aliens and more. I think one of the best episodes is Episode 6 entitled Send in the Clones which features Howie Long as a clone created to be the ultimate super soldier so it felt like a precursor to Universal Soldier even having a scene in a diner where he can’t stop eating. A scene where he beats up some thugs in Central Park is one of the best moments of the show.

If ever a series could be ripe for a reboot it’s The Highwayman as long as the truck still looks awesome and the action is done practically but as always I think its the sheer 80’s charm that makes this show so appealing.

Overall, The Highwayman is at times entertaining but Jetto is so annoying he nearly makes the show unwatchable and it rarely is as action packed as it should be but it’s still a fun watch with that awesome truck and Highway’s cool look making it worth checking out if you can find it.