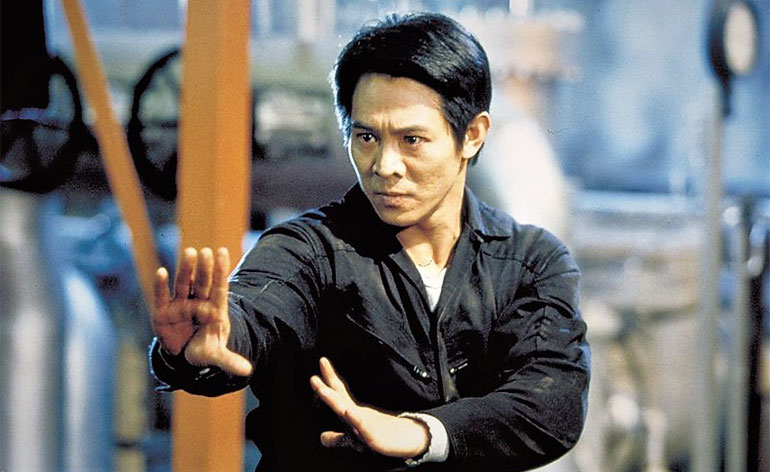 Plot: A sheriff’s deputy fights an alternate universe version of himself who grows stronger with each alternate self he kills.

It’s hard to believe The One is over 20 years old as it feels like yesterday when I saw it in the theatre. This was the first time we got to see Jason Statham and Jet Li on screen together and although it’s not perfect The One still makes for a fun ride.

This was Jason Statham’s first real action role and I think he was trying to do an American accent in it but it’s a bit all over the place. He still shows his action hero chops with a few fight scenes however, it wouldn’t be until The Transporter where we could get to see his martial arts skills.

Jet Li is the main star here and plays the hero Gabe and villain Yulaw but also shows up in various photos (with hilarious hairstyles) as variants of himself in the different universes.

This is pure Sci-fi and I can actually understand why the rating for it is so low on Rotten Tomatoes as it’s very silly but it’s also a noisy assault on the senses which makes me feel old.

Trevor Rabin’s score is awesome but we also get lots of Nu-metal tunes from the time which admittedly makes it feel already dated. I still love Let the Bodies Hit the Floor though…

The One is well paced with some great fight scenes and choreography; the special effects also still hold up for the most part especially when anyone is being transferred from one universe to another.

Any movie with Carla Gugino gets another point in its favour and her scenes with Jet Li attempt to give the movie a little heart; it doesn’t really succeed but a movie like this doesn’t need to be too deep or emotional.

The script has a few choice lines but I think we can all agree the best is at the very end of the movie – “I am Yulaw! I am nobody’s bitch! You are mine.”

The climactic fight between Yulaw and Gabe is nicely edited and it was only recently that I found out the stuntman Li is fighting had his face painted green so that it could be digitally replaced with Li’s face later; once again this is another effect that holds up.

Initially Dwayne ‘The Rock’ Johnson was set to star in this but went on to do The Scorpion King instead so I think it worked out for the best in the end.

After 20 years The One is a product of its time period and the near constant noise may bother middle aged people like me but I still enjoy it for the crazy action packed spectacle and you can’t go wrong with 2 Jet Li’s and one Statham (even if he does have a wonky accent in it).