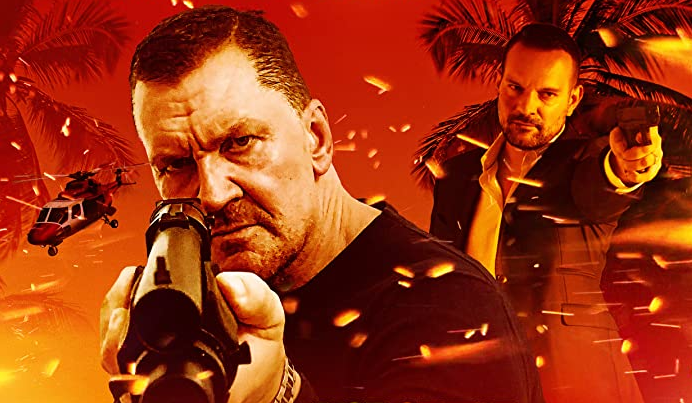 Revisiting the Rise of the Footsoldier Series

The Rise of the Footsoldier series is a British crime franchise that I recently picked up on DVD so I thought I would do a retrospective article. Enjoy!

Rise of the Footsoldier

Plot: Rise of the Footsoldier follows the inexorable rise of Carlton Leach from one of the most feared generals of the football terraces to becoming a member of a notorious gang of criminals who rampaged their way through London and Essex in the late eighties and early nineties. It is three decades of his life following him from football hooliganism, through to his burgeoning career as a bouncer, his involvement in the criminal aspects of the early ‘rave’ scene and subsequently to his rise to power as one of the most feared and respected criminals in the country.

I’ve always had a soft spot for British crime movies featuring football hooligans, graphic violence and people referring to each other as “cahnts”. Rise of the Footsoldier is one of those movies and as the plot says above it covers the rise of Carlton Leach (played by Ricci Harnett).

What’s funny is that the first half of the film tells the story of Carlton Leach who starts off as your typical football thug but he makes his way into the drug business and starts to make a name for himself. Then in the second half of the movie he takes a back seat and the main focus is on Pat Tate (Craig Fairbrass) and Tony Tucker (Terry Stone). Tucker’s hairdo is rather distracting but I’d never say that to his face as I wouldn’t want to get a knife in my arse.

It’s the type of movie where no one is particularly likable or sympathetic but like the best gangster movies you still can’t really take your eyes of the screen. Practically everyone is terrifying and there are fights, stabbings, shootings and killings every few minutes so it should satiate any action fans bloodlust. The make up is good too so if you’re easily offended, I’d maybe give it a pass as we get some gory shots of people’s faces after they’ve been shot.

The acting is all decent enough although it mostly requires people to yell, swear and fight so it hardly requires great thespians.

I love watching Craig Fairbrass in anything though as he is always a force of nature and his performance as Pat is every bit is frightening as you’d expect. Word of advice, if Pat Tate orders a pizza you’d damn well better get it right.

I loved the music choices too with some quality 90’s jams that I remember very well from my youth.

There is a tense atmosphere right from the start as you know violence is never far off but by the time it’s over I breathed a sigh of relief as these are not nice people that you want to spend time with.

Overall, Rise of the Footsoldier is packed with ultraviolence and winning turns from Craig Fairbrass and Ricci Harnett; there are some distracting haircuts and by the time it’s over you may breathe a sigh of relief but at no point is it ever dull. If you enjoy movies like The Football Factory (like I do) then this is a movie for you.

Rise of the Footsoldier: Part II

Plot: On the 6th December 1995, three Essex gang members were brutally murdered in cold blood. It’s now early 1997 and whoever killed the three men have yet to be brought to justice. An associate of the men, still mourning the loss of his friends, is convinced that it’s only a matter of time before he’s next. For him, the only way out is to go back in and work his way back up the criminal ladder. The higher he gets, the more violent the jobs become, his quest for power turning into an obsession. With life and family on the line can he hold his nerve together one last time in order to get out alive?

Part II in the Rise of the Footsoldier series follows Carlton Leach as he tries to move on after the murders of his friends. He’s older now and there are younger, hungrier men out there looking to take over the business.

Where the first movie had a hyper-kinetic energy with violence every few minutes this is a more introspective Carlton as he wants to reconcile with his wife and kids and try to leave the crime world behind. It doesn’t start off this way as he is pretty much addicted to coke and is just an unpredictable asshole but as the story progresses this is the first time where we can actually empathise with him.

Directed by Ricci Harnett (Carlton) this is definitely a slower paced entry as it’s more of a character piece so it’s actually refreshing for it to slow down and humanize Leach a little more but I did find the story wasn’t quite as interesting.

His friendship with Shawn (Luke Mably) keeps Carlton hanging on even if Shawn is in fact a total psycho who really enjoys torturing people.

There are still plenty of moments of graphic violence so don’t worry about that but I did find a few too many club scenes with awful techno music.

This is definitely inferior to the first movie and I can understand why it has the slower score on IMDB as I’d be lying if I said I loved it. It’s not without its moments and Harnett is great as Carlton but it strangely just doesn’t engage you quite as much. I did miss Craig Fairbrass whose presence elevated the first one so I look forward to watching his rise in part III.

Rise of the Foodsoldier: The Pat Tate Story

Plot: Ruthless Essex gangster Pat Tate peddles pills, snorts coke and crushes anyone who gets in his way of his quest for power. Yet, he ends up in prison after being double-crossed. Undeterred, he establishes himself inside, and prepares for his release, when he plans to reclaim his turf with violence and no mercy.

The third entry in the series is arguably the best as it’s a prequel that focuses primarily on Pat Tate (Craig Fairbrass) who is as magnetic as ever and my favourite character of the franchise. Like the other movies this is an exercise in excess as Pat fights, fucks and freebases his way from Essex to Marbella.

At 95 minutes it rockets along at a far better pace than the second movie with violence and sex every few seconds so it isn’t dull for a moment. The Footsoldier series are primarily movies for lads; you can invite the boys round, drink some beers and just enjoy the eye candy of violence and nudity.

This entry has Pat end up in prison where he makes some interesting contacts like Mickey (Billy Murray) but he wouldn’t be Pat if he didn’t make some enemies as well. Poor Mad Dog, if you only knew who you were messing with…

There are some familiar tunes in the soundtrack including Age of Love which I haven’t heard for about 20 years as well as forgotten 90’s club songs which takes me back as that was my era.

What’s funny about these movies is I never get shocked by the violence (for the most part) and instead you cheer on as Pat and Tony take out anyone they see as a threat in brutal fashion. We shouldn’t root for them as they are nasty pieces of work and yet I wanted them to succeed.

Once again the dialogue mostly consists of people saying “fack off you cahnt” while beating nine colours of shit out of them but frankly that’s exactly what I want from a movie like this.

Overall, The Pate Tate Story is possibly the best of the Footsoldier series with Craig Fairbrass eating up the screen with his bear like presence and as always there is lots of sex and gratuitous violence.

Rise of the Footsoldier: Marbella

Plot: Fresh out of prison, Pat Tate (Craig Fairbrass) steps right back into his Essex nightclub business. But although the money is good, he can’t stop brooding about the man who had him put away. It’s not long before he’s off to Marbella to find Frank Harris and seek his revenge. But Harris is long dead and the middleman Terry Fisher offers Pat the biggest drug deal of his life. All Pat needs is for his pals Tony and Craig to deliver the cash from Essex to close the deal. But Craig being Craig, turns a simple plane trip to a massive road trip with a stolen VW van and its hippie German owner in tow. All Tony wants is to make it back in time to support his best friend Nigel Benn at the boxing match of his life. But when their cash gets stolen and Pat is threatened by a local firm, Pat comes up with an even more audacious plan and to get them back to England in time for Tony to walk Nigel Benn out to one of history’s greatest fights.

The fourth and final (so far) Footsoldier movie is called Marbella and once again focuses on franchise favourite Pat Tate (Craig Fairbrass) as he gets out of prison and wants to take down the man who put him there. Things don’t quite go as planned and he once again gets mixed up in the drug trade with more sex and violence.

This entry has a lighter tone and has more humour especially from Tony and Craig who spend practically the entire movie getting high and laughing hysterically as they try to get to Marbella to meet up with Pat.

It’s more of the same and if you haven’t liked the other movies in the series then this likely won’t win you over but I enjoyed every minute; it’s only an hour and 20 minutes long so it moves quickly and is the shortest in the series.

Craig Fairbrass is as watchable as always and one scene has him walking into a house seeking revenge and it ends up the person he is looking for moved out a few years ago so he apologises to the family and starts to walk out… then pauses and asks if they would order him a cab.

Tony’s hairpiece is even less convincing in this entry but making him and Craig more of a comic relief was a surprisingly entertaining idea.

Stay tuned as there is a post credits scene meaning this will not be the last of the Footsoldier series.

Overall Rise of the Footsoldier: Marbella is another fun entry in the series and has a lighter tone but it also is still open for future entries. I want to see what happens with Carlton Leach as his story needs some closure so I’m sure we can expect further adventures in the coming years. During this period of downtime I wonder if I could interview Craig Fairbrass… hmm *scratches beard thoughtfully*