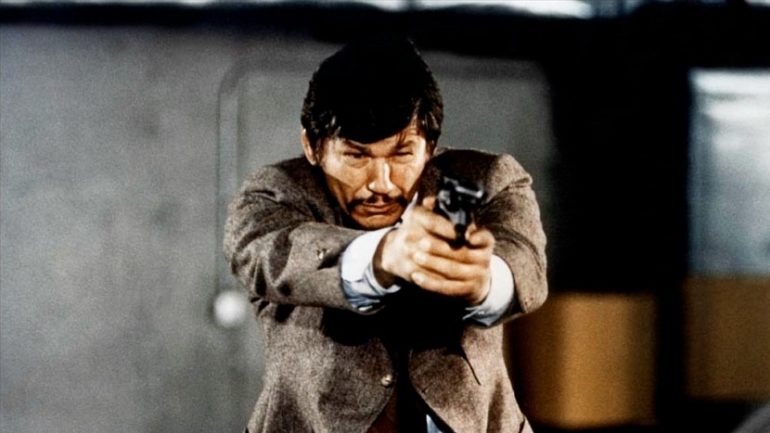 The Stone Killer is adapted from the book “A Complete State of Death” but with a few differences, for example, in the book it is set in the UK and the lead is called Derek Torry rather than Lou.

The movie was one of the many collaborations of director Michael Winner and Charles Bronson and although it’s not talked about in the same way as the Death Wish series it’s still a hugely enjoyable 70’s cop movie. It thankfully doesn’t have any rape scenes which was something Winner would have in a lot of later movies but it still has that gritty feel to it.

Bronson is as always ice cool as a detective named Lou Torrey who gets transferred to Los Angeles and uncovers a plot by a Sicilian Mafioso to use Vietnam War veterans to murder all his enemies in a rerun of the “Sicilian Vespers” when the previous generation of Sicilian Mafiosi were all killed on a single day. As always the higher ups think Lou is way off on this one but he proves them wrong.

I had to watch this a few times before fully picking up everything that was going on in it as there were all kinds of characters with different motivations but mostly because I’m not that bright.

Ralph Waite plays a racist cop who says some pretty awful things and there generally is a lot of casual racism which modern viewers will find quite shocking however, this was a very different era and it’s certainly the type of movie that wouldn’t get made today. The plot is still very relevant though with strained relationships between cops and minorities providing some intense moments.

Like I said, it has that nihilistic 70‘s tone to it where it feels like everyone is angry which I think is something we can all relate to today. There are a few funny lines in it though and Bronson never once loses his cool making Lou Torrey one of his most underrated characters to date. I always thought you could have teamed up Lou with Harry Callahan in a movie together but that would have been too much awesome for one film.

I noticed in once scene you can quite easily see the shadow of the boom mic being moved which was quite distracting and at times the pacing is a little slow but it never goes too long without some form of action scene. A notable one being an impressive car chase with Bronson going after a suspect which doesn’t end well for said suspect. It all builds up to a bullet riddled finale in a parking lot with an impressive bodycount that will leave most action fans happy.

The music is obviously very dated sounding now but it’s very much of the time and I imagine it worked well back then; it’s not a terrible score just not very memorable.

Overall, The Stone Killer is still an effective police thriller with plenty of action and Bronson doing what he does best.