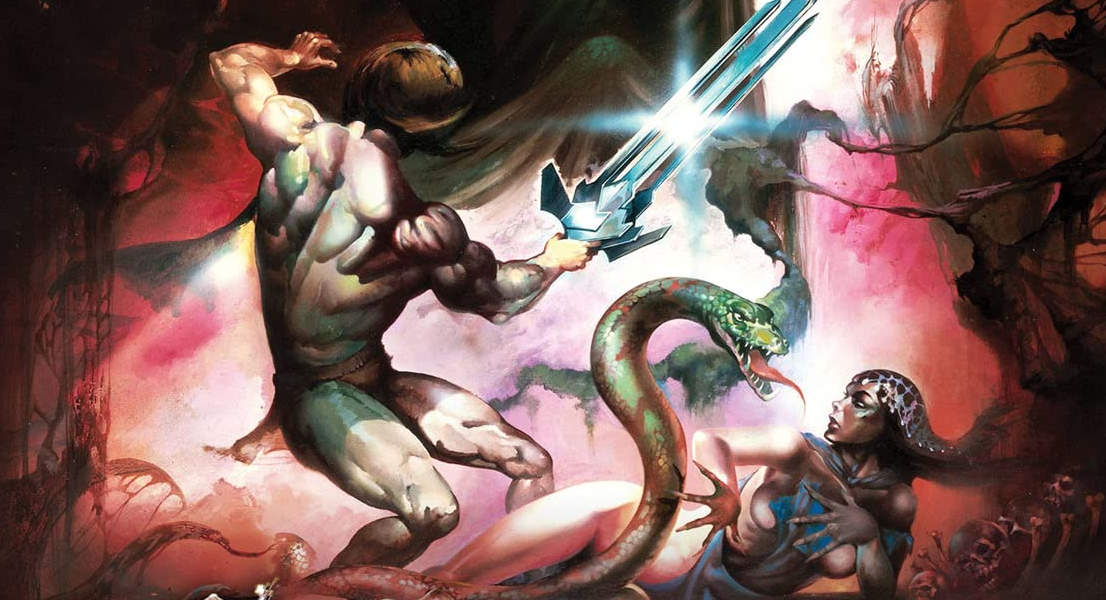 Revisiting The Sword and the Sorcerer (1982)

Plot: A mercenary with a three-bladed sword rediscovers his royal heritage’s dangerous future when he is recruited to help a princess foil the designs of a brutal tyrant and a powerful sorcerer in conquering a land.

Since the passing of Albert Pyun recently I’ve been wanting to revisit some of his movies; I remember watching The Sword and the Sorcerer many years ago and it was a regular staple when I was growing up. Being a kid I loved seeing R rated fantasy films and this has some violent kills and gratuitous nudity which let’s face it, is really all you need for a great movie.

Lee Horsley plays our hero Prince Talon who witnessed his parents being murdered by the evil Titus Cromwell (Richard Lynch) when he was a child. Years later Talon is a warrior who wanders the wilds helping people along the way but never forgetting his quest for vengeance.

I think we can all agree that fantasy pictures in the 80’s simply had the best weapons (no matter how ridiculous); the Glave from Krull was awesome but in this movie we have the Tri-blade, a sword with three blades (funnily enough) that can shoot the blade out at enemies. I wish I had a toy of this growing up as it was so cool….

The performances are surprisingly decent with Richard Lynch never phoning it in and being especially hateful as Cromwell. Lee Horsley is an appealing lead making Talon a true hero who vows to help Princess Alana (Kathleen Beller) rescue her brother Mika (Manimal himself Simon MacCorkindale) but only if she’ll sleep with him… which is truly noble of him.

It’s well paced rarely going long without some swordfights and despite being a little hokey it still holds up as a fun fantasy adventure in the vein of Conan. The opening scene even has a voiceover straight out of Conan the Barbarian although this never quite reaches those lofty heights.

It almost feels like an early version of Game of Thrones with various characters having their own machinations for ruling the world even if it doesn’t quite have the same nihilistic tone, budget or script of Thrones.

Overall, The Sword and the Sorcerer remains a hugely entertaining fantasy action picture with regular battles and nudity making it one of my personal favourite Albert Pyun films.