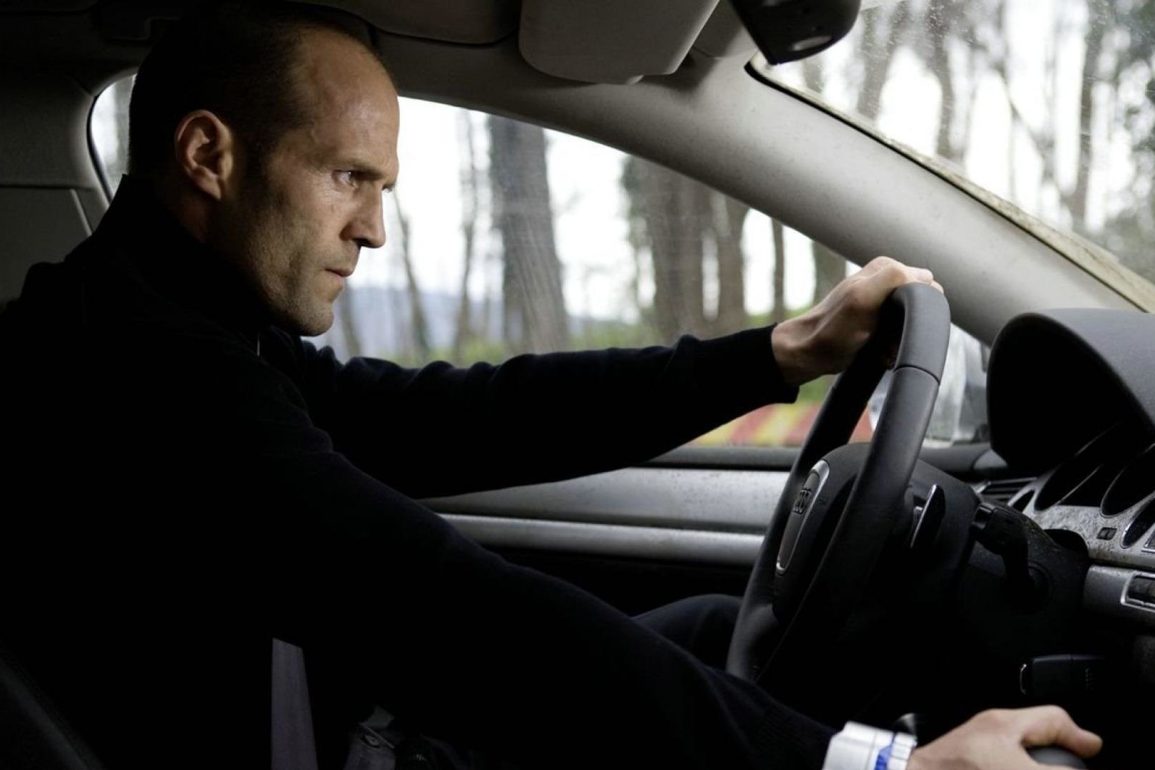 The Transporter introduced us to the newest action hero on the block: Jason Statham; when the film first appeared, everyone was like “Isn’t that the guy from Lock Stock?” and we then bore witness to his awesome ass kicking skills.

A trained Olympic athlete, Statham was no stranger to working out and had trained in Jiu Jitsu for years so it was inevitable that he would try his hand at action. We just didn’t know just HOW great he’d be at it.

Frank Martin is (thus far) Statham’s most iconic character, returning for a further 2 sequels and making a pretty penny at the box office. I consider this to be one of the most important action movies of the last decade, as it showed us that some people still knew how to make old-school action movies. But what people? The French, that’s who.

The Transporter is filmed in the South of France and the cinematography is fabulous. It opens with a classic car chase through the streets of Nice and I have to say that it’s never looked more appealing.

The film doesn’t waste any time in introducing us to Frank; a man with his own set of rules… which he breaks in every movie. Frank is a great character; tough, mysterious and cool; played to perfection by Statham.

The supporting cast are all great, especially Shu Qi who is just gorgeous and very likable on screen.

The choice of music was a breath of fresh air to the action genre; it had a Euro sound to it and mixed dance tunes with traditional score. It works really well in establishing the atmosphere for the film and I still have it in my iPod on a regular basis.

The plot was something kinda different and felt fresh for the most part with a satisfying conclusion.

Flaws? It is very silly in places and some of the action is a bit hard to swallow, but this is easily the best in the series and the best directed.

The dialogue is overall pretty forgettable with no real stand out one-liners, but this was a new kind of action movie for the next generation so a new direction was required.

Overall, The Transporter is an important action movie which helped establish Jason Statham as the newest badass on the block and 10 years later, he still has no competition. Definitely worth a watch for some old school and new school action mixed together.

The Stath’s second venture as Frank Martin is a mixed bag; on the one hand it is beautifully shot and has some decent action, but on the other hand it’s let down by some frankly terrible CGI.

It does however, have a great soundtrack and works really well in maintaining an exciting atmosphere throughout.

The Stath gets to pretty much uses his pants as a weapon in this one, as well as a fire hose used to comically awesome effect. None of these films are going for realism here and that’s just fine by me. The Transporter 2 is equally as much fun as the first film and has plenty of fights, stunts and thrills to keep anyone entertained. These films know they are silly and you either go with it or you don’t; I say go with it and have some beer and you’ll find yourself having a blast.

The reason I enjoy The Transporter series is the producers (Luc Besson, etc) were doing old-school action while everyone else had forgotten how to make fun movies. All 3 have a very European feel and look, even this one despite being filmed in Miami.

You’ve got a great badass chick in Lola who has a great fight with Frank at the end and has a pretty spectacular death as well.

The main villain Gianni Chellini is a pretty standard action movie bad guy: Foreign accent + nice suits = drug dealer. So, nothing original there then. The plot is some nonsense about a virus or something, but really, who cares?

I love how in the posters for this film, it has Frank shooting 2 guns, despite the fact he never actually kills anyone with any guns; this was a newer softer action series for the post 9/11 era.

Matthew Modine and Amber Valletta are always entertaining and they just go with the flow and enjoy the ride.

Overall, not an all-time classic action movie but there’s fun to be had with hot girls with guns, fight scenes and fast cars. Works for me.

Widely regarded as a terrible film, I actually enjoy it for the most part. The Transporter 3 is more of the same with The Stath returning as Frank Martin, except this time there are elements of Crank to the story. Frank wakes up to find he is wearing a bracelet with a bomb attached; if he gets a certain distance from his car then… BOOM!

The action is just as crazy as the previous films but it does stretch credibility, even for me. The (CGI) car jumping off the bridge and driving along the top of the train was utter nonsense. You can suspend disbelief up to a certain point, but that scene pretty much killed the movie.

The Ukrainian girl in it was one of the most unattractive women I’ve ever seen on film and she was ridiculously annoying. “Are you the gay?” I’d rather be than go anywhere near you, dear!

There are however, some cool one-liners:

Frank Martin: I’d like to offer you one. Permanently disabled.

There is some decent action, including the usual Frank vs. a load of henchmen punch-ups and a cool car chase mid-way though.

Robert Knepper is always a great bad guy (possible future Joker anyone?) and entertains as the slimy villain Johnson.

The music score keeps the same themes created in part 2 which provides a nice bit of continuity.

Overall, The Transporter 3 is pretty forgettable and definitely the weakest of the trilogy, but there’s still fun to be had and Statham rules.

Pretty much everyone I’ve spoken to said this movie was terrible but I had to check it out for myself so I can do a balanced review. I’d have to agree with the majority of opinions that The Transporter Refueled wasn’t amazing by any stretch but I didn’t hate it as much as everyone else.

First of all let’s look at the bad; Ed Skrein is one of the worst pieces of casting I’ve seen in a long time. He has zero charisma or screen presence and wasn’t remotely believable as Frank Martin. With Jason Statham, he always looked the part; he wouldn’t say much but a glower would be worth a thousand words. Statham simply embodied Frank Martin and made him a modern icon of action and the other actors who have played the character just haven’t cut it.

When Statham takes on multiple bad guys at once you totally believe he could beat them because he feels authentic and is the real deal; he is intimidating and has real physical presence.  Ed Skrein is kind of lanky looking and isn’t remotely threatening, which takes away any sense of excitement from the action.

The action was well shot though with no shaky cam but the other movies had a sense of fun that this lacked; I always enjoyed the humour and the hose fight from Transporter 2 remains my favourite of the series. There were genuinely innovative ideas whereas Refueled really is just by the numbers and lacks any genuine thrills.

The villain was pretty bland too and I can barely remember anything about him; it’s also getting very dull to see another movie about human trafficking.

I’ve always enjoyed Alexandre Azaria’s music score to The Transporter series and happily he returns and has kept the theme tune, which was a definite plus.

It is also quite stylish and the locations looked amazing; nice to see the sun shining and not some miserable looking Eastern European country like we get in so many action movies today.

We also get plenty of sexy ladies providing some glamour to proceedings and they all looked amazing; it was like having several Bond girls in the one movie.

Ray Stevenson was obviously enjoying himself playing Frank’s dad but was let down with a weak script which in general was poor and forgettable.

Overall, Transporter Refueled isn’t really worth your time and the lack of Statham is certainly noticed. Despite some nice scenery the action is pretty bland and Ed Skrein was hideously miscast.