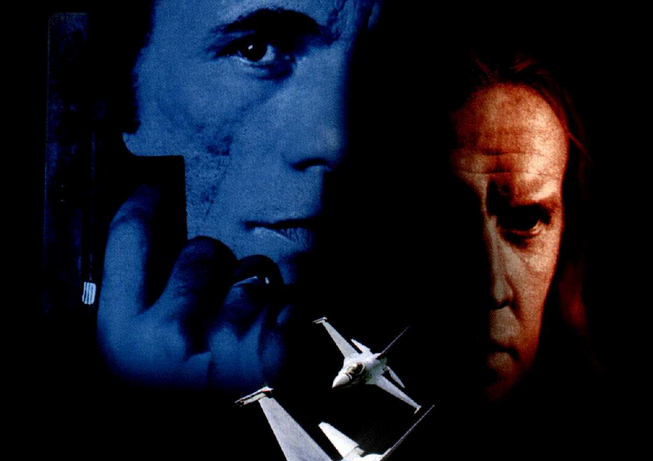 Revisiting The Zone AKA The Dogfighters (1995)

The Zone AKA The Dogfighters is mostly remembered for the reuniting of Die Hard co-stars Robert Davi and Alexander Godunov (even if they didn’t share the screen in Die Hard) but it was also sadly Godunov’s final film as he passed away shortly after the film’s release in 1995.

It’s refreshing to see Robert Davi as the wisecracking hero rather than the villain here and his character Rowdy is easy to like due to his easygoing coolness, seemingly unfazed by any threat; when he is in the air having dogfights he has a smile on his face as he is happy where the action is. He can handle himself in a fight whether it’s on the ground or in the air… even if it is obvious there is a stunt double during one particular beatdown.

Alexander Godunov had an intimidating presence when he was on screen making for a memorable antagonist but he apparently was sick of being typecast as a villain; as we all know he was a dancer in real life so one of the best scenes in The Zone has him showing off some of his dancing skills which just made his character feel more interesting and human rather than a one-note antagonist.

Road House’s Ben Gazzara plays manipulative C.I.A. boss Dick (suitable name) Althorp who tricks Welles into doing this mission for him so he is arguably even nastier than Lothar. I’m still not sure how you fake shooting someone in the head like they do early on in this film and then all of a sudden she wasn’t actually shot at all but it’s movie logic so best not to overthink it.

If some of the aerial flight scenes seems somewhat familiar that’s because they are lifted from Iron Eagle but there are still enough decent action scenes to make this a fun diversion for 90 minutes.

The music score sounds Pulp Fiction-esque with some odd choices of surfing style guitar but it gives the film a light-ish tone so it never gets too serious.

We also get regular unnecessary (yet always welcome) moments of nudity like any old-school action film so that’s another point in its favour.

There isn’t anything especially memorable or spectacular here but it has its moments mostly elevated by Davi and Godunov’s mere presence.

Overall, The Zone AKA The Dogfighters is a fun if unremarkable 90 minutes with Robert Davi on ice cool form as our hero and Alexander Godunov proving an enjoyable villain and we get a tribute to him at the end credits. Yes, some of the aerial footage is lifted from Iron Eagle which may take you out of it but it was edited together well enough to not be overly jarring and there is enough action to keep you engaged.