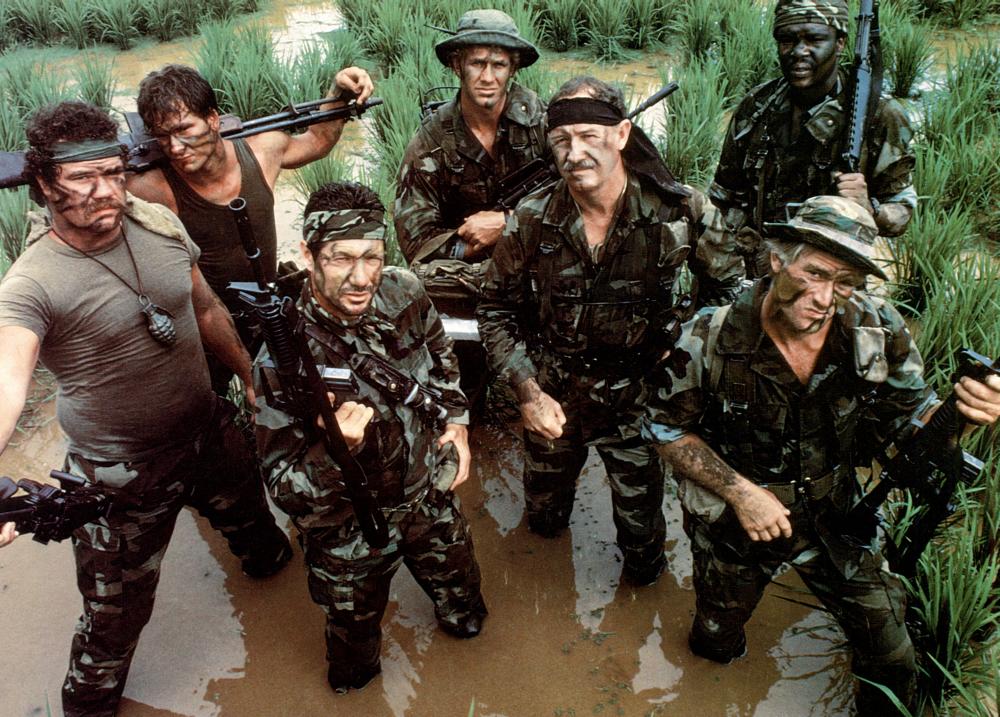 Plot: Col. Cal Rhodes (Gene Hackman), a retired Marine officer, holds out hope that his son, believed to be a prisoner of war in Laos, is still alive. Despite the government’s refusal to help Rhodes, he assembles a group to find and rescue his son, including skilled soldiers such as Wilkes (Fred Ward) and Sailor (Randall “Tex” Cobb). Funded by MacGregor (Robert Stack), a wealthy executive also looking for his son, Rhodes leads his men on a dangerous mission into the jungles of Laos.

Ever since Gene Hackman retired there has a been a gigantic hole in cinema; he was always my favourite actor growing up. If he was good guy you were 100% on his side and if he was a villain he was meaner than the Devil himself (See Unforgiven and The Quick & the Dead). In Uncommon Valor he is 100% true blue hero in Cal Rhodes; his son Frank has been missing since the Vietnam War ended and he decides it’s time to go and rescue him with his ragtag group of former soldier buddies.

This is essentially the same movie as Missing in Action, First Blood: Part II and every other ‘Nam themed movie from the 80’s; Uncommon Valor came first however, and to this day it stands up as a bit of a classic.

Hackman is incredibly sympathetic and this is one of the few roles where you’ll see him cry; one of the opening scenes has him lying in bed at night next to his wife remembering his little boy coming in. He reaches out for him but the boy disappears then wakes up sobbing. It’s one of the most moving scenes of the movie and immediately gives it its heart.

The first half has Rhodes getting the team together and training for this mission behind enemy lines. What a great cast it has too; we’ve got a young Patrick Swayze, Fred Ward, Reb Brown, Tim Thomerson and Randall ‘Tex’ Cobb all of which come across as authentic. There is a great fight between Swayze’s rookie and Randall ‘Tex’ Cobb’s Sailor who is wondering why he wants to come along on this mission.

There’s not much in the way of action for about the first hour but you know the final act is going to be epic and it doesn’t disappoint. Despite being about the Vietnam War this strangely feels more like an action movie rather than a harrowing war movie. It’s a gung-ho men on a mission movie and that’s just fine by me; there are plenty of huge explosions, helicopters flying around and blowing things up but despite the action-packed finale it never loses its heart.

To this day the downbeat finale leaves me with a lump in my throat as it’s heartbreaking but also more believable as heroes don’t always win.

So, if you haven’t seen Uncommon Valor definitely pick it up as it’s one of the best Men on a Mission movies.