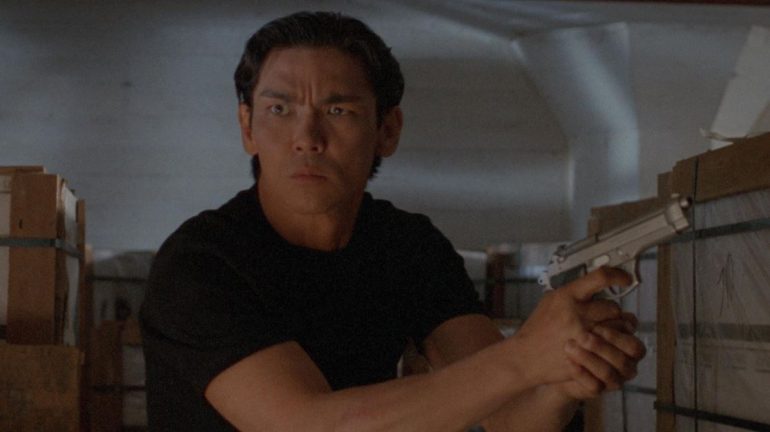 Revisiting Whatever it Takes (1998)

Whatever it Takes is one of my favourite Don “The Dragon” Wilson movies as it has a lot of funny moments courtesy of Andrew “Dice” Clay who seemed to be improvising a lot of his dialogue which makes it even more entertaining; I love how he rants about farmers for no reason but it feels reminiscent of movies where Denis Leary would show up and have his various tirades. I’m not sure he’s especially believable as a cop and he likely wouldn’t win any awards for acting but he is fun to watch on screen.

Stories involving undercover cops are always tense affairs too and this is no different.  Fred Williamson is on villain duties and I find him an intimidating (yet ridiculously cool) presence even when he plays a good guy. He is a nasty piece of work in this film and it has some surprisingly dark moments in it despite a lot of the humour; the scene with Roland about to rape a 13 year old girl added a real feeling of threat but you knew Don Wilson wasn’t going to sit by and let that happen.

There are regular fight scenes, shoot-outs and explosions with some satisfying kills too; the story involving illegal steroid distribution is something a little different and there are of course some welcome moments of nudity which is always a plus.

Overall, not much else needs to be said; Whatever it Takes has a great cast, plentiful action scenes and some nice moments of humour making for a fun watch.