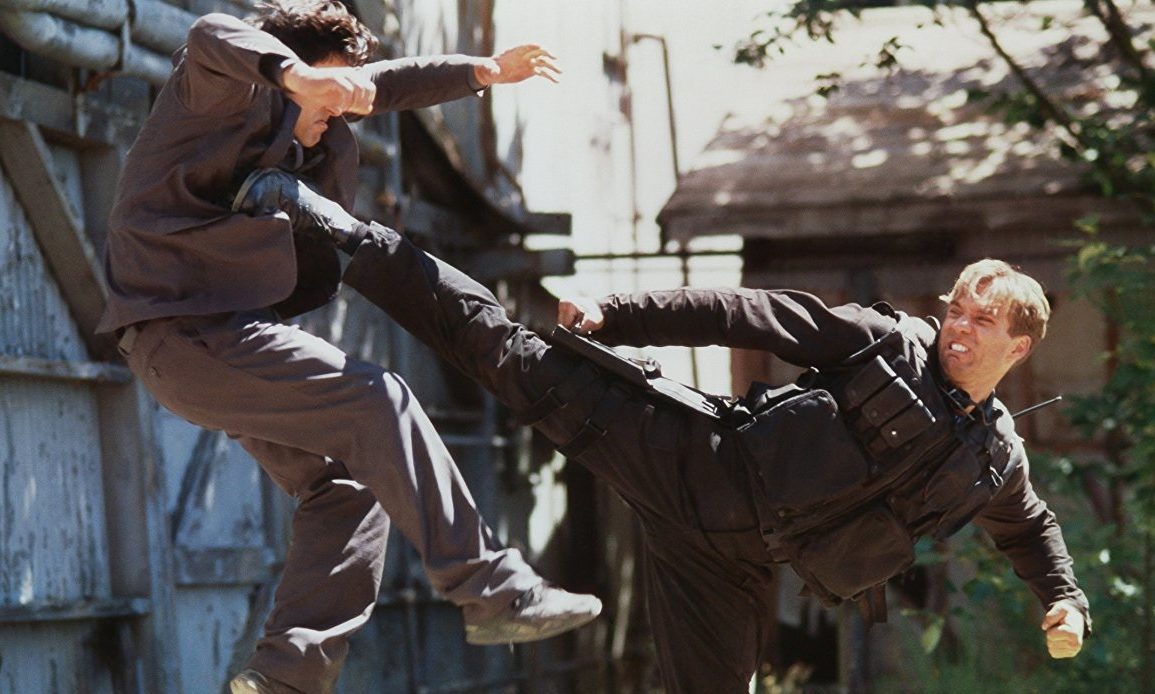 Today is Gary Daniels birthday so it seems like the perfect time to revisit his classic action flick White Tiger which tells the story of a DEA agent (Daniels) versed in martial arts who goes after the gang leader (Cary-Hiroyuki Tagawa) who killed his partner (Matt Craven).

White Tiger is one of Gary Daniels most stylish movies to date and it remains a personal favourite of mine. You can never go wrong with Cary-Hiroyuki Tagawa as your villain and Victor Chow is one of his best to date. He is totally unhinged and is willing to wipe out anyone in his way. He also has one of the best walking away from an explosion scenes of all time.

When the cops led by Mike Ryan (Daniels) and his partner John (Matt Craven) arrive to stop a potential deal John is killed by Chow so it’s up to Mike to seek revenge and kick unholy amounts of ass.

I love the way this movie is shot with filtered smoky light coming in through every window giving it an almost dream like feel and I particularly love the Enigma-esque music score which although very 90’s sounding still adds to the atmosphere.

There are plenty of fight scenes with Gary Daniels taking on opponents with ease and the final 15 minutes has him becoming a one man army as he assaults a ship with Chow on board. The ship exploding at the end is one of the most spectacular sequences I’ve seen in any movie nevermind lower budget fare from the 90’s. You can never beat real action and Daniels never fails to deliver on that front.

The story isn’t anything we haven’t seen in every other action movie but if it ain’t broke don’t fix it!

If you’ve never seen White Tiger try to seek it out; I wish it would get a proper North American Blu-ray release as I would love to see it remastered.