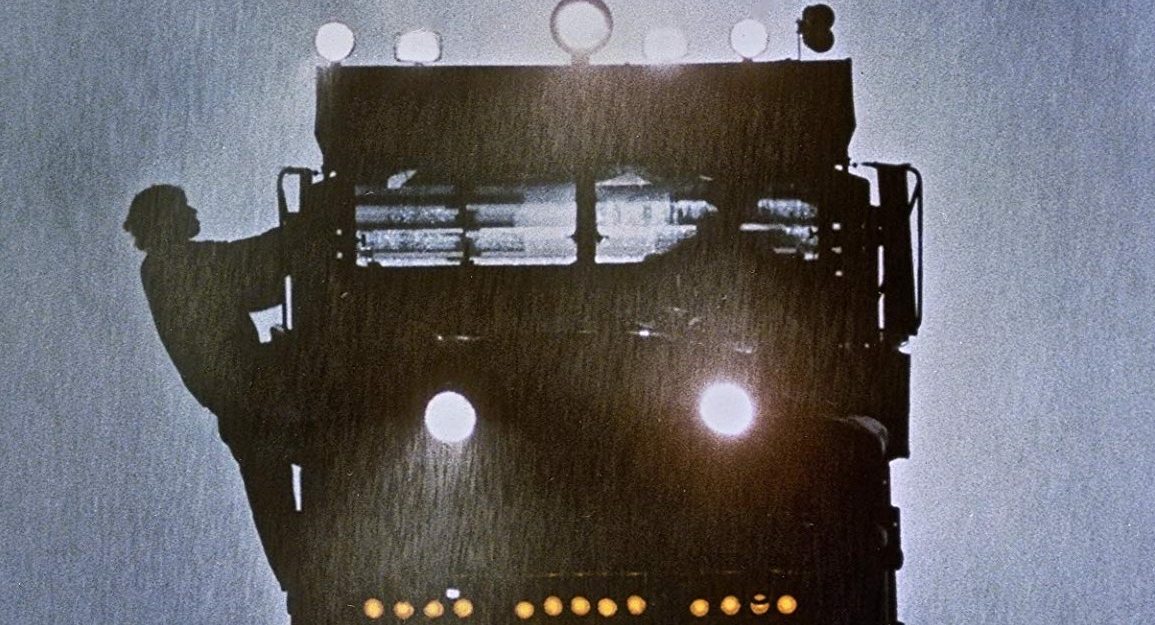 It’s funny how I say “Revisiting” when I had honestly never seen this movie before until it was recommended to me by Aaron Crook so I just blind bought the Blu-ray. I’m glad he recommended it as it is one of William Friedkin’s most underrated movies.

It’s set in the small South American town of Porvenir, where four men on the run from the law are offered $10,000 and legal citizenship if they will transport a shipment of dangerously unstable nitroglycerin to an oil well 200 miles away. Led by Jackie Scanlon (Roy Scheider), the men set off on a hazardous journey, during which they must contend with dangerously rocky roads, unstable bridges, and attacks from local guerillas. The four fight for their lives as they struggle to complete their dangerous quest.

Sorcerer is the type of movie we don’t see anymore and I think may be a little too slow in parts for some audiences but I found it nail bitingly tense and quite unlike any other movie I had seen before.

It has been beautifully remastered too with the greens of the jungle really standing out well in HD and the blacks never going blocky which can sometimes occur.

Tangerine Dream provide the synth-score which is a little dated sounding but I love this type of music and it really adds to the atmosphere.

The plot is unpredictable with some incredibly innovative and exiting set-pieces; driving across a bridge has never been so harrowing…

Roy Schieder was always one of my favourite actors and his character Jackie Scanlon AKA ‘Juan Dominguez’ is one of his best as he is a criminal on the run from the mob. He isn’t some great hero but a flawed man and so are the other three he has to travel with in their dangerous quest. Bruno Cremer reminded me a little of Jean Reno and I thought he was arguably the most sympathetic character in the film. Francisco Rabal’s unpredictable (and possibly nuts) assassin adds another piece of tension to proceedings as his behaviour is erratic and he is only out for himself. You never really know what terrorist Kassem – ‘Martinez’ (Amidou) is thinking either so not only do they have explosives to worry about but the rest of their crew are a volatile bunch too.

I’m sure I’ve said this before but I love movies from the 70’s as they have that gritty realism feeling more like documentaries rather than movies and there are several scenes in Sorcerer which feel unscripted. It also has that sense of nihilism which was prevalent in movies of that era.

I had an idea of how it would end and wasn’t a million miles off but it was thoroughly satisfying and wrapped everything up nicely.

I saw something on IMDB about a goof which I don’t normally notice but for once I did.

The monetary amount paid to the drivers is inconsistent throughout the film. The oil company first says they will pay “8,000 pesos to each driver”. The driver’s later demand double that amount (which would be 16,000 pesos). Later when Scanlon crosses the rope bridge he boasts that the two of them will get “double shares of 20,000 apiece” (double shares would actually be 32,000 apiece). At the end, Scanlon is given a check for 40,000 Dollars.

While watching I remember thinking “wait, didn’t he say 8000 earlier?” which meant I was actually paying attention for once and not looking at my phone.

Aside from that though you should watch Sorcerer if you are looking for some grown folk’s entertainment and want a movie that will challenge you. Definitely recommended.