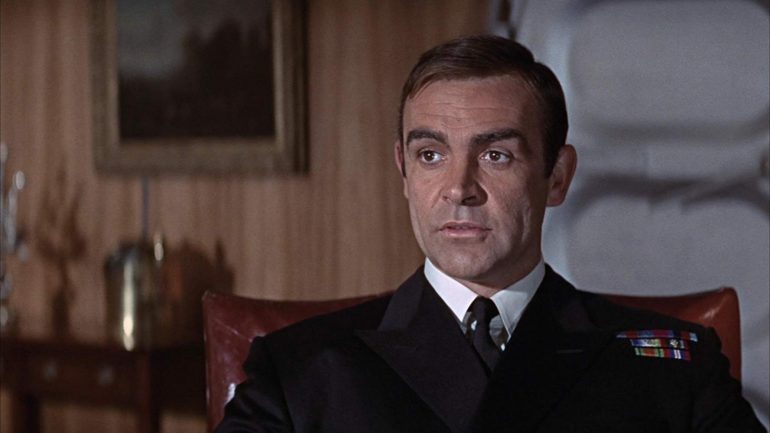 Revisiting You Only Live Twice (1967)

Plot: Agent 007 and the Japanese Secret Service ninja force must find and stop the true culprit of a series of spacejackings before nuclear war is provoked.

If ever there was a template for the Austin Powers movies it’s You Only Live Twice; we’ve got volcano lairs, piranhas, ninjas and overly elaborate schemes including James Bond’s “death” in the opening scene. This is everything a 007 movie should be as I always feel the more ridiculous the better.

Although it’s one of my favourite Bond movies it isn’t without its flaws however; as much as Connery will always be the best 007 he does seem a little bored here and despite a few choice one-liners like “She’s very sexyful” and “Mr. Osato believes in a healthy chest” Roald Dahl’s script isn’t the greatest.

It was around this period that Connery was ready to hang up his Walter PPK as is discussed on the behind the scenes video on the disc. We also find out some fascinating backstory to the movie like how one of the main Japanese actresses threatened to commit suicide if she didn’t get the part.

You Only Live Twice has one of the best finales of any Bond flick with a huge set built for the interior of the volcano lair which is pure Doctor Evil. Donald Pleasance is Blofeld and remains the most intimidating iteration of the character; he is unblinking, scarred and frankly terrifying. He also gets to say “this organization does not tolerate failure” which is amazing and something I would love to say in my day job.

John Barry provides one of the most iconic James Bond scores with the introduction of the classic space theme which is one of those tunes that sticks in your head for days. Nancy Sinatra’s theme song is a bit of a classic and was sampled a few years ago by Robbie Williams for Millennium.

There is no shortage of action and as I say any movie with ninjas is immediately fantastic; there are fights, explosions and a helicopter set-piece featuring Little Nelly which was a logistical nightmare to put together apparently.

Overall, You Only Live Twice is the most James Bond film you’ll ever see with ridiculously over the top set-pieces; a classic villain played to perfection by Donald Pleasance and a memorable score from John Barry. The script could have been a little better and there is a lot of blue screen but that’s all part pf the charm.