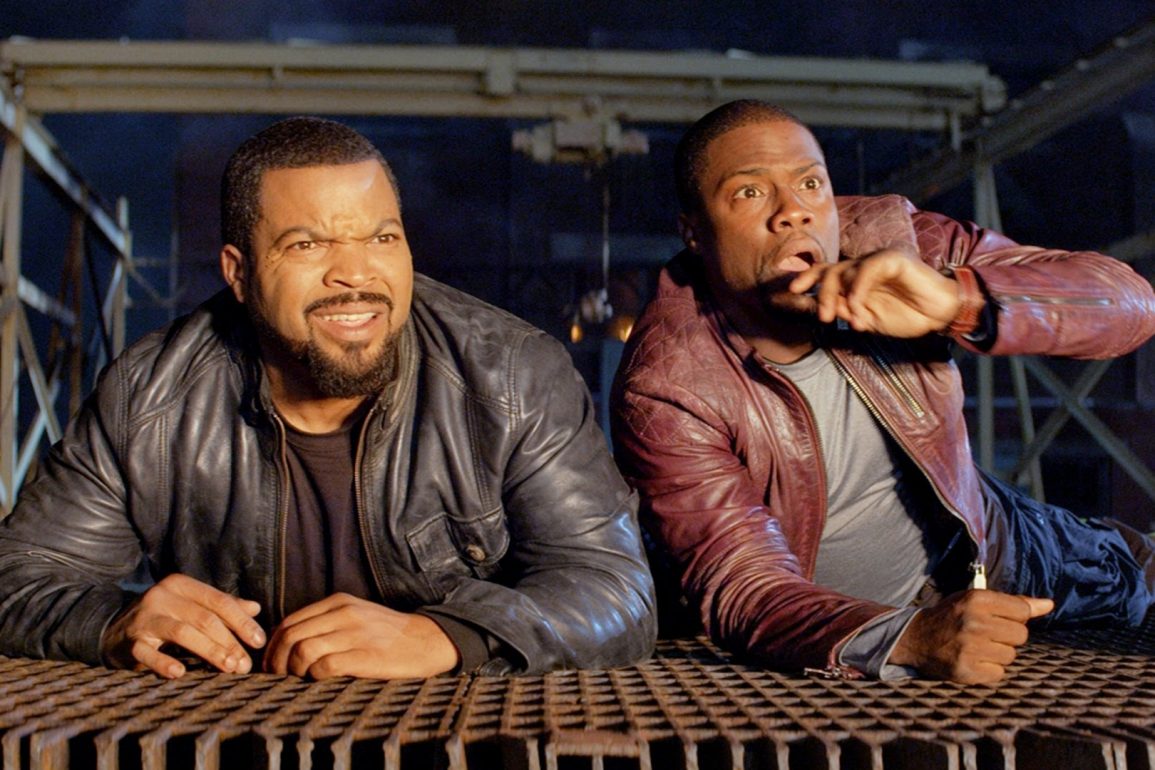 Ride Along isn’t the train wreck I thought it was going to be and turned out to be funny and action-packed.

Plot: For the past two years, high-school security guard Ben has been trying to show decorated APD detective James that he’s more than just a video-game junkie who’s unworthy of James’ sister, Angela. When Ben finally gets accepted into the academy, he thinks he’s earned the seasoned policeman’s respect and asks for his blessing to marry Angela. Knowing that a ride along will demonstrate if Ben has what it takes to take care of his sister, James invites him on a shift designed to scare the hell out of the trainee. But when the wild night leads them to the most notorious criminal in the city, James will find that his new partner’s rapid-fire mouth is just as dangerous as the bullets speeding at it.

Review: I held off from watching this as I thought it looked painfully unfunny and frankly annoying from the trailers; it was on Cable the other night so I thought I would give it a shot.

It actually ended up being a lot of fun with some nicely done action scenes and an entertaining script. It isn’t absolutely hilarious but I laughed a few times and Ice Cube shouting at the valet when he brings him a Prius for a car chase was the funniest moment.

I thought Kevin Hart was going to be another Chris Tucker but he is far more likeable than that and I found myself really rooting for him as Ben. I liked how his skills at playing video games gave him knowledge of real life weapons which would lead to clues to solving the identity of the mysterious villain Omar.

I’ve been a fan of Ice Cube for many years and even saw him in concert back in 1994; movies like Trespass and Boyz n the Hood would be watched regularly in my house so I wasn’t sure how he would handle an action comedy. I gotta say he is born for a movie like this and his character James is actually a bit of a dick which was a nice change of pace for this genre.

It is a typical buddy movie and nothing we haven’t seen before and the twists you can see coming from a mile off but it’s still entertaining.

Hearing KRS ONE’s ‘Sound of da Police’ takes me back (to 1993) and still stands out as one of the all-time greatest hip hop records and it’s used to great effect in this movie. The music in general worked well for the film and is best on a huge sound system.

You do feel that the film has been neutered a bit for a PG-13 rating and that there has been a lot of swearing cut from it; it’s not as good as say 48 Hours or Lethal Weapon but it’s better than I expected.

Overall, Ride Along isn’t the train wreck I thought it was going to be and turned out to be funny and action-packed. I may even check out the sequel now…