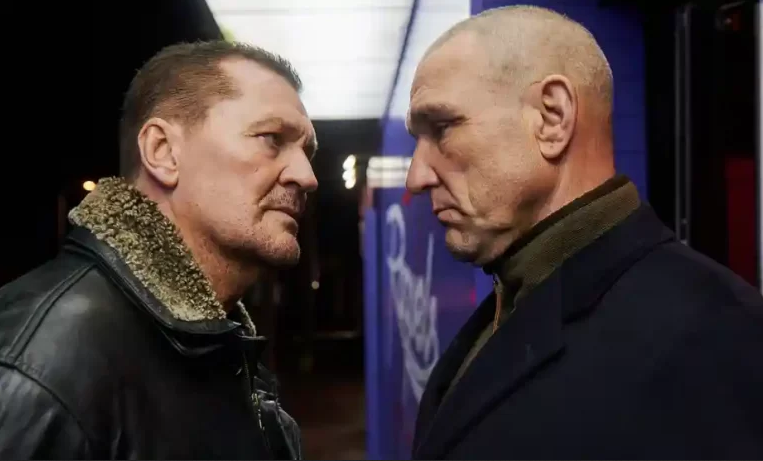 Rise of the Footsoldier: Origins (2021) Review

Rise of the Footsoldier: Origins is everything you’d expect from this series with all the ridiculous hairstyles you can imagine as well as regular scenes of graphic violence, dark humour and the welcome addition of Vinnie Jones. If you didn’t like the other movies this won’t win you over but it delivered what I expected and wanted.

Plot: Soldier Tony Tucker returns from the Falkland’s war, a bitter and angry man he soon makes a name for himself in the Essex underworld with his security business and drug dealing. After entering a partnership with gangster Bernard O’Mahoney, his life spirals out of control in a cycle of drugs and violence; things get even worse when he meets notorious hard man Pat Tate and local drug dealer Craig Rolfe, culminating in the Rettendon Range Rover murders of 1995.

Review: I don’t care what anyone says, I love the Rise of the Footsoldier movies; you know exactly what you’re going to get with them so any time a new entry is announced I’m ecstatic. These are the ultimate “Lads” movies, perfect to watch with a six pack and a group of buddies just enjoying the near constant violence and entertaining characters.

Considering this is a prequel all of the cast look far older than they did in the first film which is a little jarring and Tony Tucker’s wigs are as ridiculous as ever but I just enjoy these films for what they are.

Rise of the Footsoldier: Origins tells the story of how Tony Tucker, Craig Rolfe and Pat Tate unite to form their own firm. Tucker returns from the Falklands War a bitter and angry man, making a name for himself in the Essex underworld with his security business and drug dealing. As the story progresses, he descends into a drug filled bender and begins to lose his touch, but can he turn his life around before it’s too late?

If ever there was someone born to be in this franchise, it’s Vinnie Jones who is perfectly cast as Bernard O’Mahoney; a doorman who ends up working with Tony but he is far more restrained never indulging in the various vices the other guys do.

Obviously, most of the dialogue involves the cast calling each other “cahnts” on a regular basis and I think if you had a shot any time someone said it you’d be on your back in the first 10 minutes.

There isn’t any great depth and if you didn’t like the other films then you’d best look elsewhere. As I said I love these movies and know exactly what to expect so I just revel in the carnage, especially any time the wonderfully terrifying Craig Fairbrass is on screen as Pat Tate. He is as always, a force of nature at one stage smashing a bloke’s face in with a snooker ball.

After the somewhat lighter tone or ROTF: Marbella, Origins goes back to basics making this group of people truly scary and you would not want to get on the wrong side of them in any way.

IMDb pointed out that this film ends with Tony meeting Carlton Leach for the first time at a gym; in the very first film, they first meet at a nightclub… oops.

There isn’t much in the way of story here as it’s just this group of lads dealing drugs, doing drugs, fighting people and killing but that’s what I’m here for so in that respect it delivered the goods.

Overall, Rise of the Footsoldier: Origins is a mixed bag with the cast looking far older than the characters they are portraying but if like me you just enjoy watching them doing crazy shit and fighting people very few minutes then you’ll find something to enjoy.