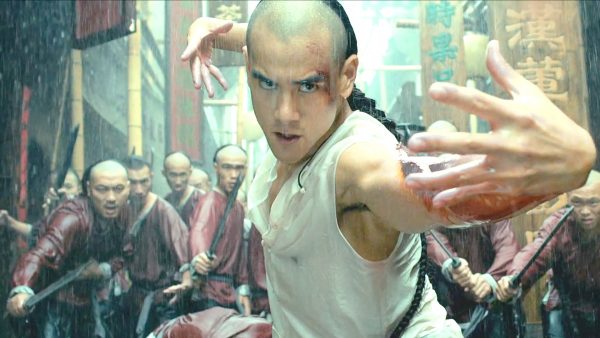 Rise of the Legend doesn’t change the genre and is let down by wirework and (some) CG but it’s not that bad and there is still tremendous energy in the fight scenes, especially in the first half.

Plot: The extraordinarily powerful young martial artist Wong Fei Hung (Eddie Peng) is recruited to China’s Black Tiger gang once its leader Lei Gong (Sammo Hung) recognizes Wong’s potential. But as 21-year-old Wong begins to see his ruthless boss for the evil force he is, he reconsiders his allegiance and vows to free his treasured town from Lei’s unforgiving tyrannical ways.

Review: I finally got to check out Rise of the Legend the other day on Netflix and despite being thoroughly entertaining I was still a little disappointed. Once again what could have been excellent fight scenes were let down by an over use of wirework and some unnecessary CG, especially during the underwhelming finale.

Aside from that though I really enjoyed it and Eddie Peng had real screen presence as the latest screen incarnation of Wong Fei-hung. You can also never go wrong with the legendary Sammo Hung as the villain; crime boss Lui. What was interesting is that he wasn’t a purely evil villain but was generous to Lei when he joined the gang and genuinely treated him like family.

This kept the story interesting as you kinda wanted Lui to win in the final confrontation; it’s during Sammo’s fight scenes though where the wirework was really noticeable for me and caused some unintentional humour, taking away some of the excitement.

I definitely preferred the first half of the film as it just flowed better and the scene with Lei taking on an entire street full of thugs was easily the action highlight. The second half is where the pacing slows down a bit and loses a lot of the tension that was built up in the first.

It’s nicely shot and the action is at least coherent with some first rate costume design helping to create a more authentic world for that time period.

Overall, Rise of the Legend doesn’t change the genre and is let down by wirework and (some) CG but it’s not that bad and there is still tremendous energy in the fight scenes, especially in the first half. Definitely give it a watch.