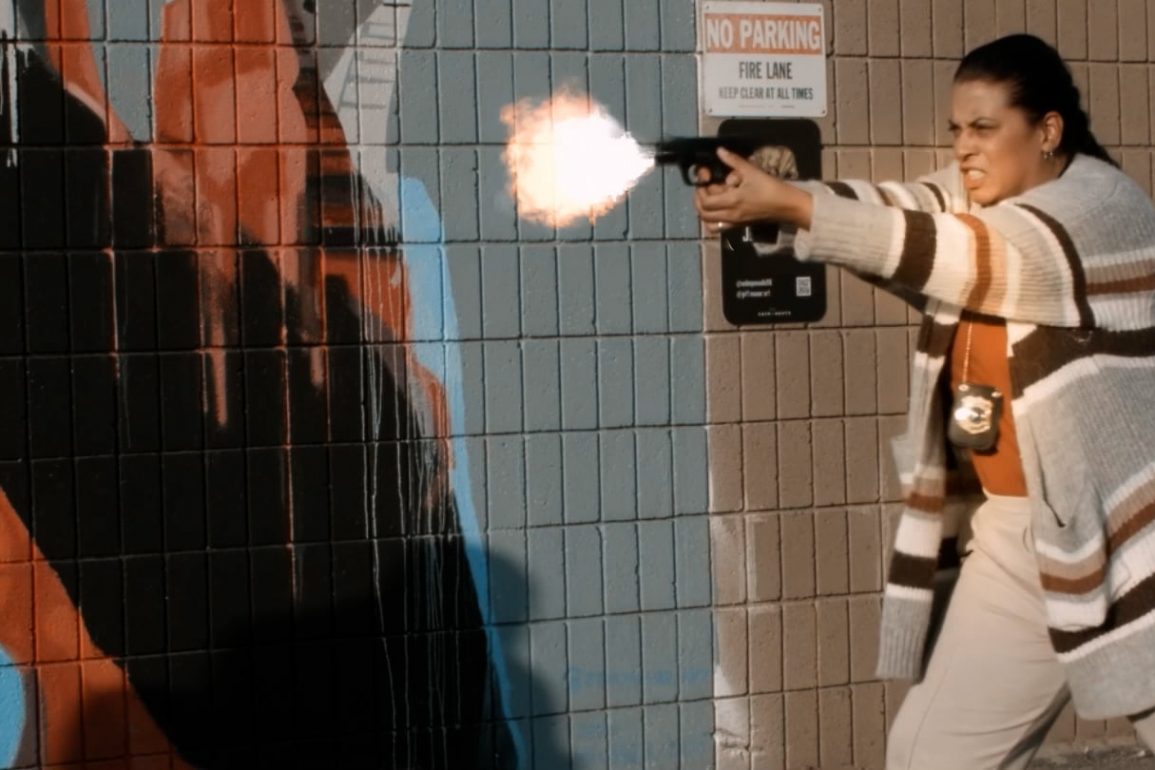 The soundtrack is a compilation of well-known artists from The Original G-Man of Hip Hop, Knoc-Turn’Al (who did the soundtrack for The Transporter), Donna Allen (who did a song on the soundtrack of Sylvester Stallone’s movie “The Specialist”), JChoosen (who was recently on season 12 of “The Voice”) as well as newcomer Q. Ali Bey.

In the movie Robert Parham plays family man Michael Azreal whose wife and daughter are murdered. He finds out it is connected to a local crime lord and wants revenge but it’s not as easy as it seems in the movies. I liked how Michael gets two karate lessons and thinks he is ready to go out and take out the trash but instead he gets his ass kicked. He eventually gets himself a gun and essentially becomes Paul Kersey. We get several homages to Death Wish including a scene on the subway where he shoots two muggers while reading a news paper.

As this is a no budget affair there is some questionable acting, the pacing could be tighter and the sound could be better mixed but the story flows well enough and Parham himself makes for a sympathetic lead with an appealing and kind face. Cynda Williams is also likeable as Detective Briggs who has her own problems with her cheating loser husband. We also get a cameo from some guy called Franklin Correa, yeah I’ve never heard of him either…

Overall, if you enjoy no budget action then you’ll enjoy Mad as Hell and Robert Parham is a talent to watch.